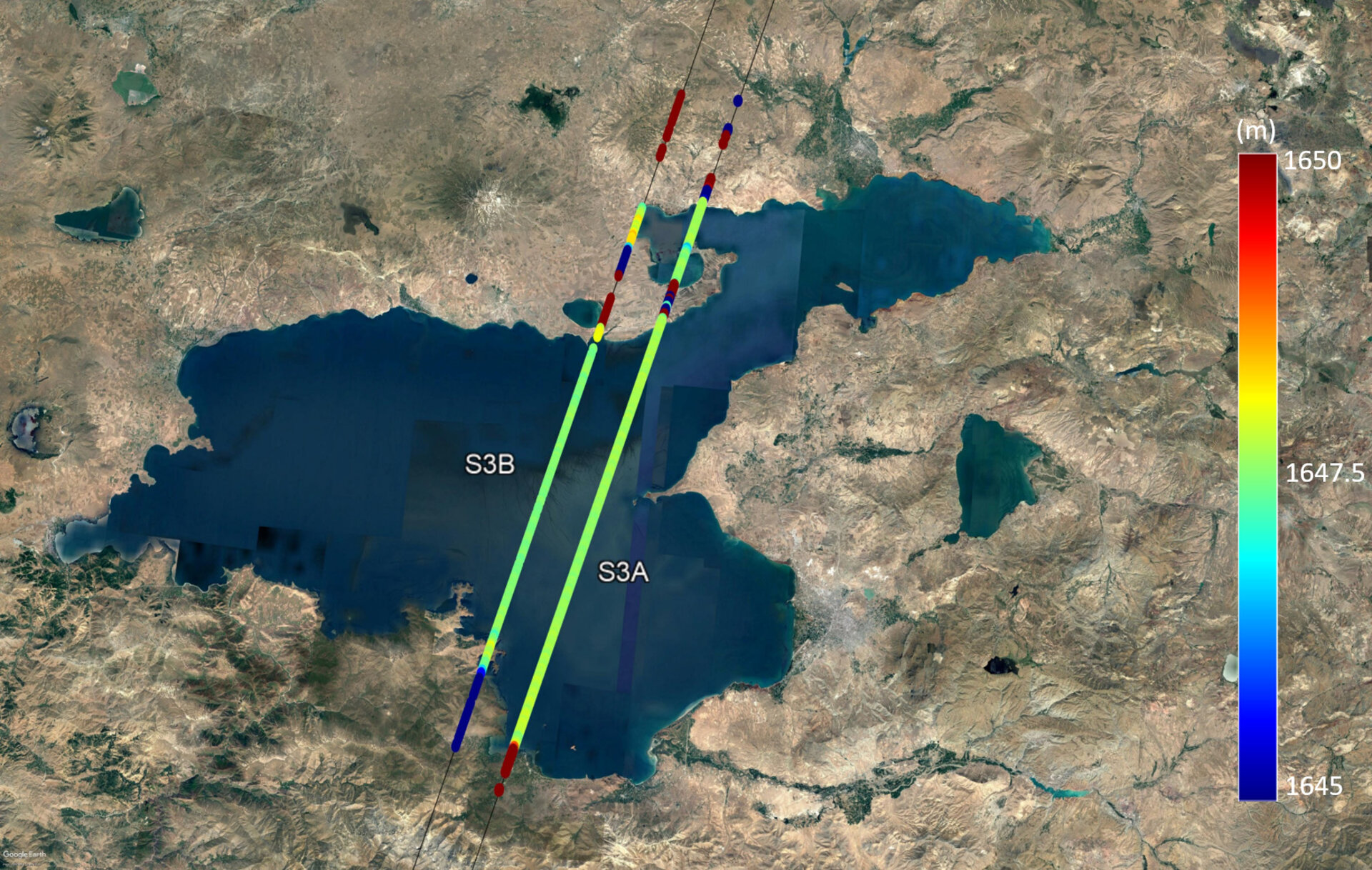 Launched on 25 April 2018, the Sentinel-3B satellite has already delivered impressive first images from its ocean and land colour instrument and from its radiometer. It has now also delivered data from its altimeter – which means that all of the instruments are working well.

The altimeter has measured the height of Lake Van in east Turkey, close to the boarder of Iran. This brackish lake is the largest body of water in Turkey. The image shows two tracks, about 7 km apart, across the lake: one from the Sentinel-3A satellite on 26 April 2018 and one from Sentinel-3B on 9 May. They measure the lake to be 1647 m above sea level and clearly show the transition from land to water.

Sentinel-3B will not be fully commissioned for service for another five months or so, but even at this early stage in its life in orbit, these data compare well with those of its fully-operational twin, Sentinel-3A. The altimeter is particularly important for measuring changes in sea level, but as this example shows, the instrument also contributes to monitoring the height of lake water through the Copernicus Global Land Service. It is also used to measure the height of ice.

The Sentinel-3B satellite lifted off from Russia on 25 April and joins it identical twin, Sentinel-3A, in orbit. This pairing of satellites increases coverage and data delivery for the European Union’s Copernicus environment programme. Both Sentinel-3 satellites carry the same suite of instruments.

Eumetsat has also released new results from the Sentinel-3B altimeter.