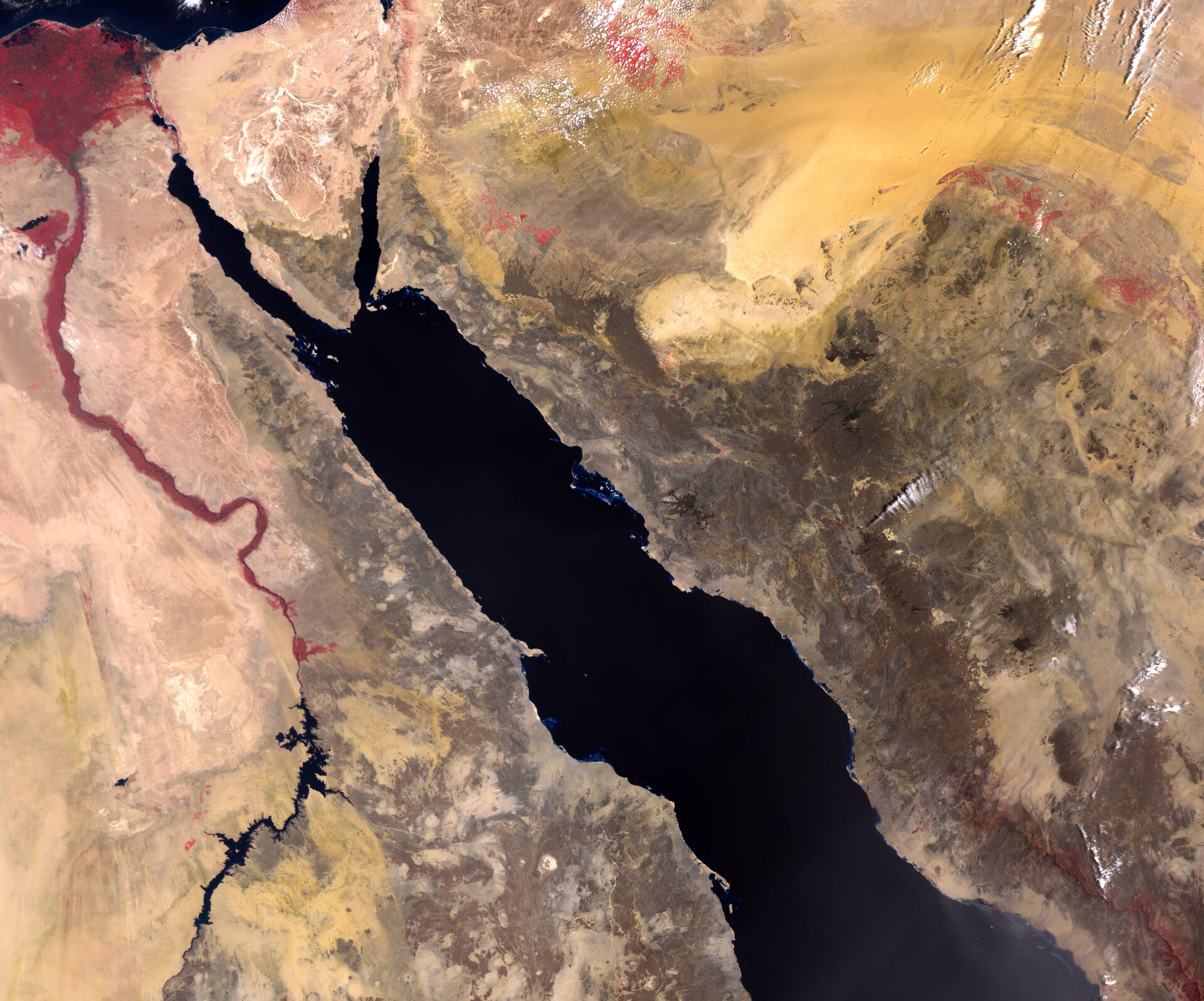 Launched on 25 April 2018, the Sentinel-3B satellite has already delivered impressive first images from the ocean and land colour instrument, and now the radiometer carried on this latest Copernicus satellite has revealed its talents. Captured on 9 May 2018, this image shows the Red Sea, the River Nile and the surrounding desert landscape of Egypt and the Middle East. Vegetation is shown in red.

Both Sentinel-3 satellites carry the same suite of instruments. The sea and land surface temperature radiometer is particularly sophisticated, measuring energy radiating from Earth’s surface in nine spectral bands, including visible and infrared. It also includes dedicated channels for measuring fires. This early image came from its optical channels.

The Sentinel-3B satellite lifted off from Russia on 25 April and joins it identical twin, Sentinel-3A, in orbit. This pairing of satellites increases coverage and data delivery for the European Union’s Copernicus environment programme.