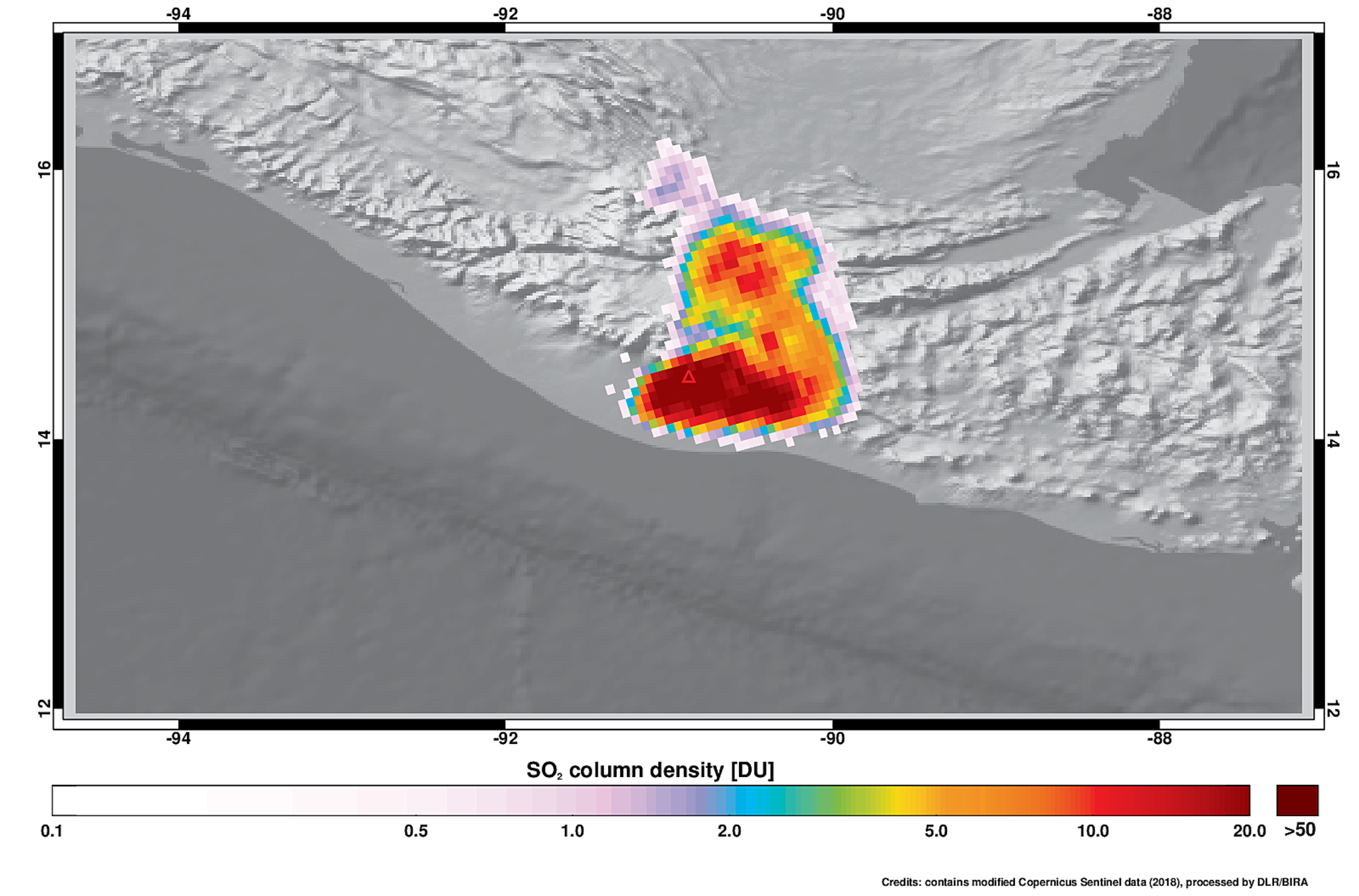 On 3 June 2018, the Copernicus Sentinel-5P satellite measured sulphur dioxide in the plume spewing from the Fuego volcano in Guatemala. The eruption has already claimed 25 lives and injured several hundred. It is reported to be Guatemala’s deadliest such event since 1902 when the Santa Maria volcano erupted and killed thousands of people. The Fuego volcano, which is less than 40 km southwest of the capital Guatemala City, also erupted in February this year and sent ash almost 2 km high. Yesterday’s event was much bigger with ash reaching 6 km high and hot rock and gas engulfing nearby villages.

Launched in October 2017, the Copernicus Sentinel-5P data products are still being validated before their release to the public. However, this image clearly shows high amount of sulphur dioxide being ejected into the atmosphere. The satellite carries the state-of-the-art Tropomi instrument to map a multitude of trace gases such as nitrogen dioxide, ozone, formaldehyde, sulphur dioxide, methane, carbon monoxide and aerosols – all of which affect the air we breathe and therefore our health, and our climate.