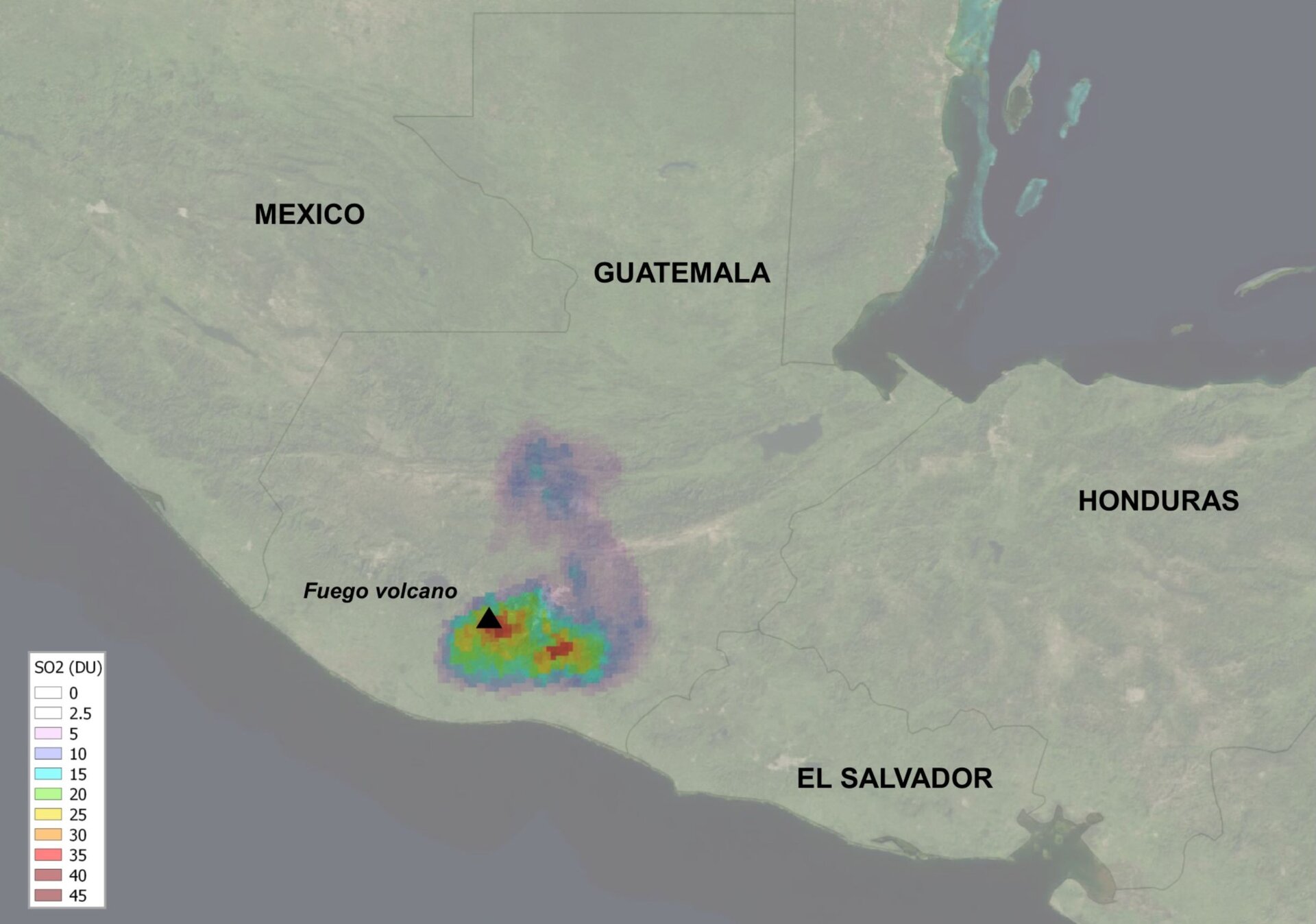 Copernicus Sentinel-5P satellite measured sulphur dioxide in the plume spewing from the Fuego volcano in Guatemala. The volcano suddenly erupted on 3 June 2018, its most powerful eruption since 1974. Launched in October 2017, the Copernicus Sentinel-5P satellite carries the state-of-the-art Tropomi instrument to map a multitude of trace gases and aerosols. Volcanic plumes are of particular concern to the airline industry and the unprecedented level of detail offered by the mission allows Volcanic Ash Advisory Centre users to better track and forecast the dispersion of volcanic plumes.