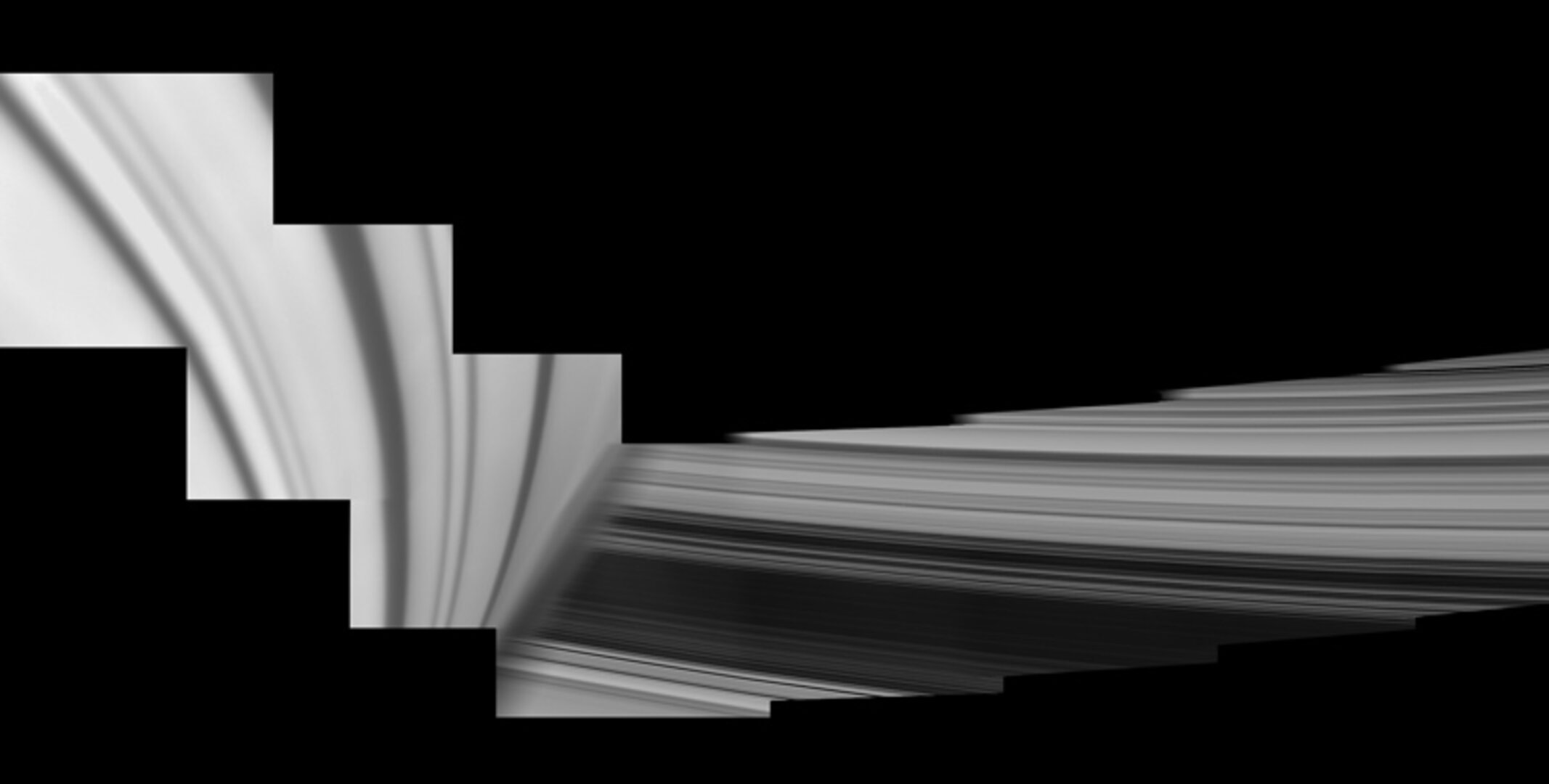 In this curious view, Saturn looms in the foreground on the left, adorned by shadows cast by the giant planet’s rings. To the right, the rings emerge from behind the planet’s hazy limb, stretching outwards from Cassini’s perspective.

At the time the images in this mosaic were collected, on 28 May 2017, Cassini was looking over the horizon just after its sixth pass through the gap between Saturn and the rings as part of its Grand Finale. The mission would eventually conclude on 15 September 2017, by plunging into the planet’s atmosphere.

The view is of the rings’ unlit face, where sunlight filters through from the other side. The part of the planet seen here is in the southern hemisphere.

The Cassini mission is a cooperative project of NASA, ESA and Italy’s ASI space agency. The image mosaic was first released on 16 October 2017.