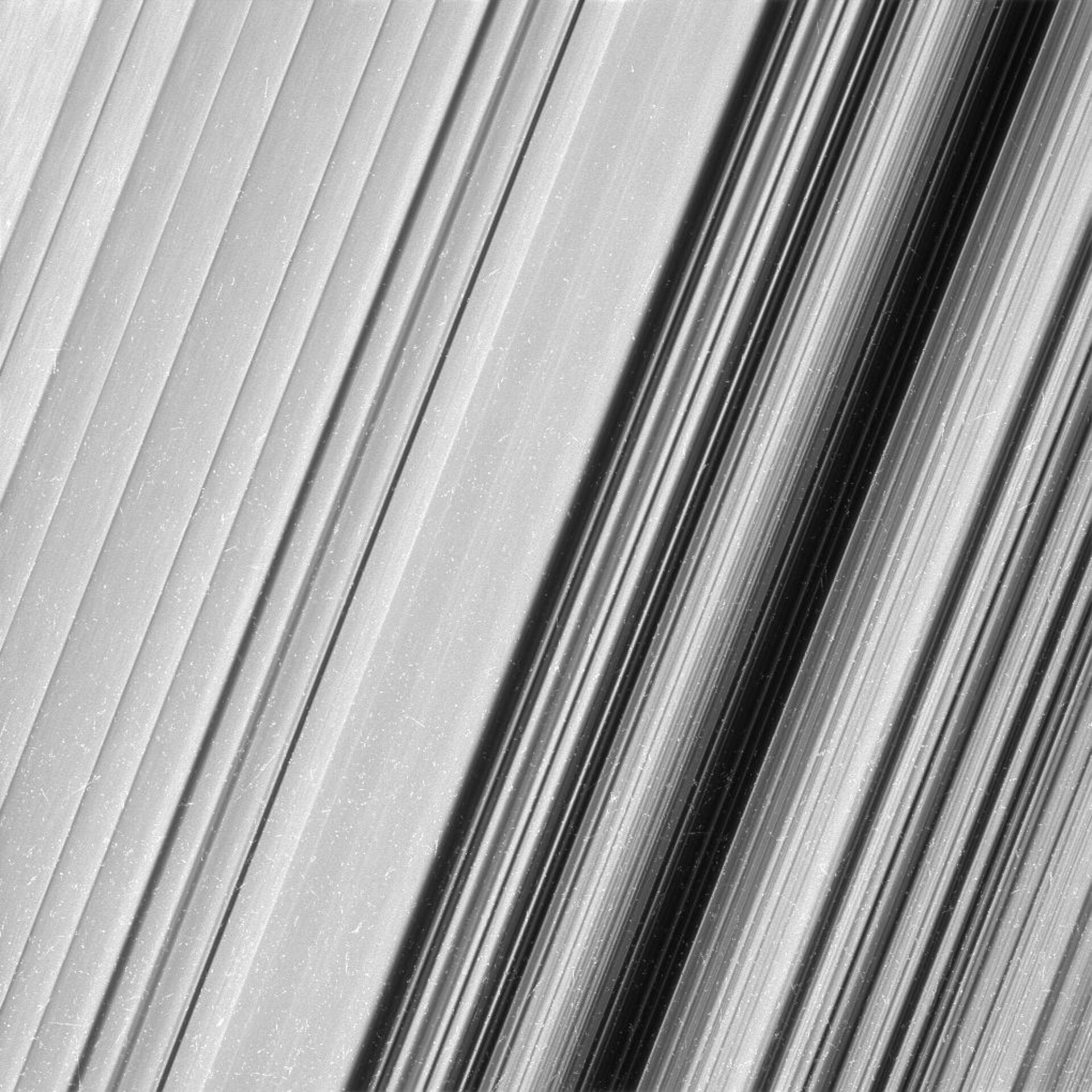 This image shows the incredible detail at which the international Cassini spacecraft is observing Saturn’s rings of icy debris as part of its dedicated close ‘ring grazing’ orbits.

This image focuses on a region in Saturn’s B ring, which is seen in twice as much detail as ever before, revealing a wealth of rich structure.

Saturn’s rings are composed mainly of water ice and range from tiny dust-size specks to boulders tens of metres across. Some of the patterns seen in Cassini’s close images of the rings are generated by gravitational interactions with Saturn’s many moons, but many details remain unexplained.

Cassini is expected to return a library of new detailed images of the rings in the coming months, which will help planetary scientists learn more about the mysterious patterns.

The spacecraft’s ring-grazing orbits began last November, and will continue until late April, when the mission enters its ‘grand finale’ phase. During 22 finale orbits Cassini will repeatedly dive through the gap between the rings and Saturn before plunging into the planet’s atmosphere in mid-September to conclude its incredible 13-year odyssey in the Saturn system.

The image was taken in visible light with Cassini’s wide-angle camera on 18 December 2016, at a distance of about 51 000 km from the rings, and looks towards the unilluminated side of the rings. Image scale is about 360 m per pixel.

In order to preserve the finest details, this image has not been processed to remove the many small bright blemishes, which are created by cosmic rays and charged particle radiation near the planet.

The Cassini–Huygens mission is a cooperative project of NASA, ESA and ASI, the Italian space agency

The image was first featured in a release published on 30 January 2017.