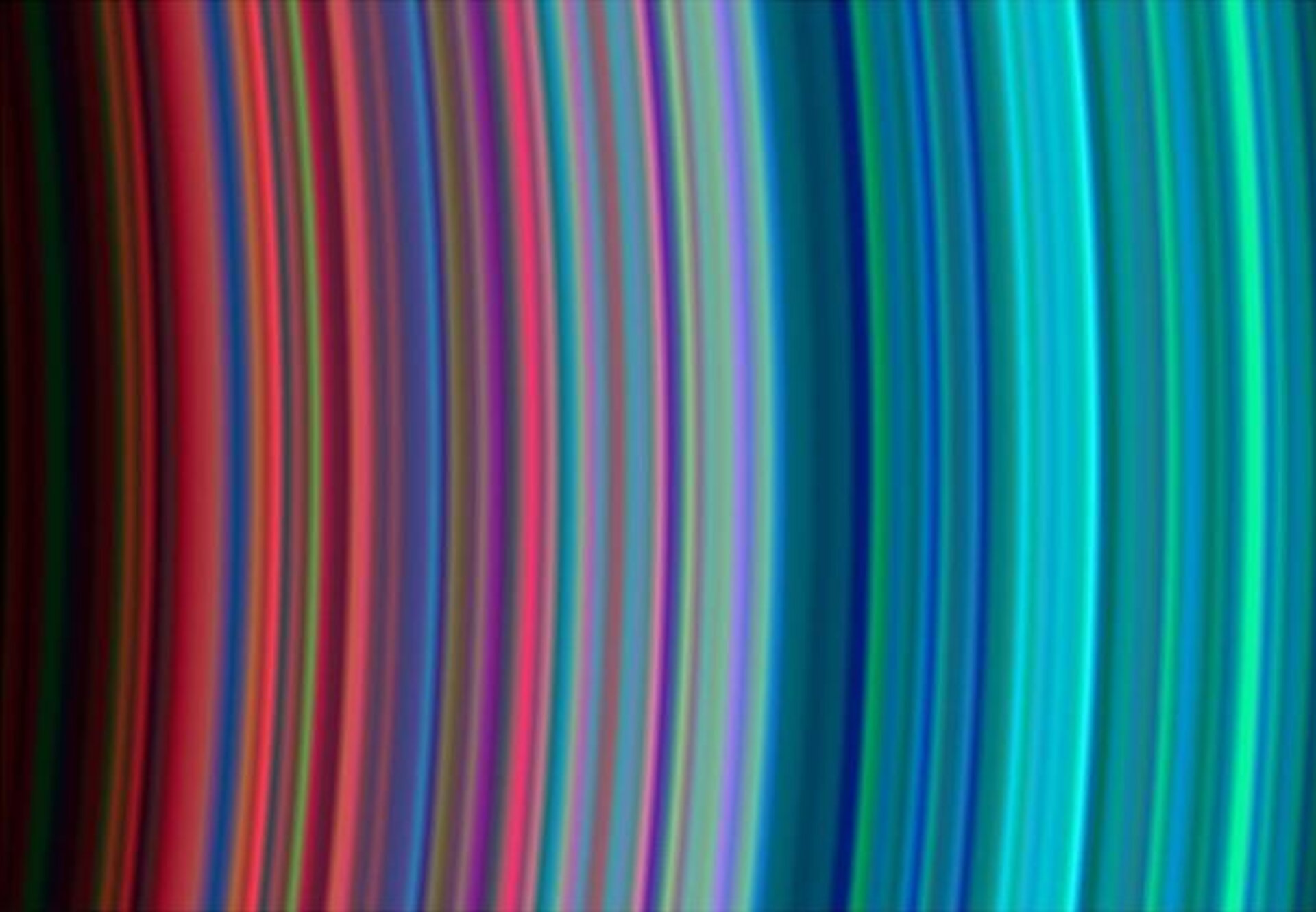 This colourful cosmic rainbow portrays a section of Saturn’s beautiful rings, four centuries after they were discovered by Galileo Galilei.

Saturn’s rings were first observed in 1610. Despite using his newly created telescope, Galileo was confounded by what he saw: he referred to the peculiar shapes surrounding the planet as “Saturn’s children”. Only later did Christiaan Huygens propose that the mysterious shapes were actually rings orbiting the planet. These were named in the order in which they were discovered, using the first seven letters of the alphabet: the D-ring is closest to the planet, followed by C, B, A, F, G and E.

The data for this image, which shows the portion of the C-ring closest to Saturn on the left, with the B-ring beginning just right of centre, were acquired by Cassini’s Ultraviolet Imaging Spectrograph, or UVIS, as the spacecraft entered into orbit around Saturn on 30 June 2004.

UVIS, as its name suggests, carries out observations in ultraviolet wavelengths. During the Saturn orbit insertion manoeuvre, when Cassini flew closest to the rings, UVIS could resolve features up to 97 km across. The region shown in this image spans about 10 000 km.

The variation in the colour of the rings arises from the differences in their composition. Turquoise-hued rings contain particles of nearly pure water ice, whereas reddish rings contain ice particles with more contaminants.

Saturn’s prominent and complex ensemble of rings is the best studied in the Solar System, but it is still not known how the rings formed. One suggestion is that they formed at the same time as the planet and that they are as old as the Solar System. Another idea is that they formed when icy material was pulled from another body into Saturn’s gravitational field, in which case the rings could be younger than the planet.

One thing is sure: as Cassini searches for answers it is providing amazing images of these rainbow rings.

The Cassini–Huygens mission is a cooperative project of NASA, ESA and Italy’s ASI space agency.

This image was first published at the NASA Cassini website, in 2004.