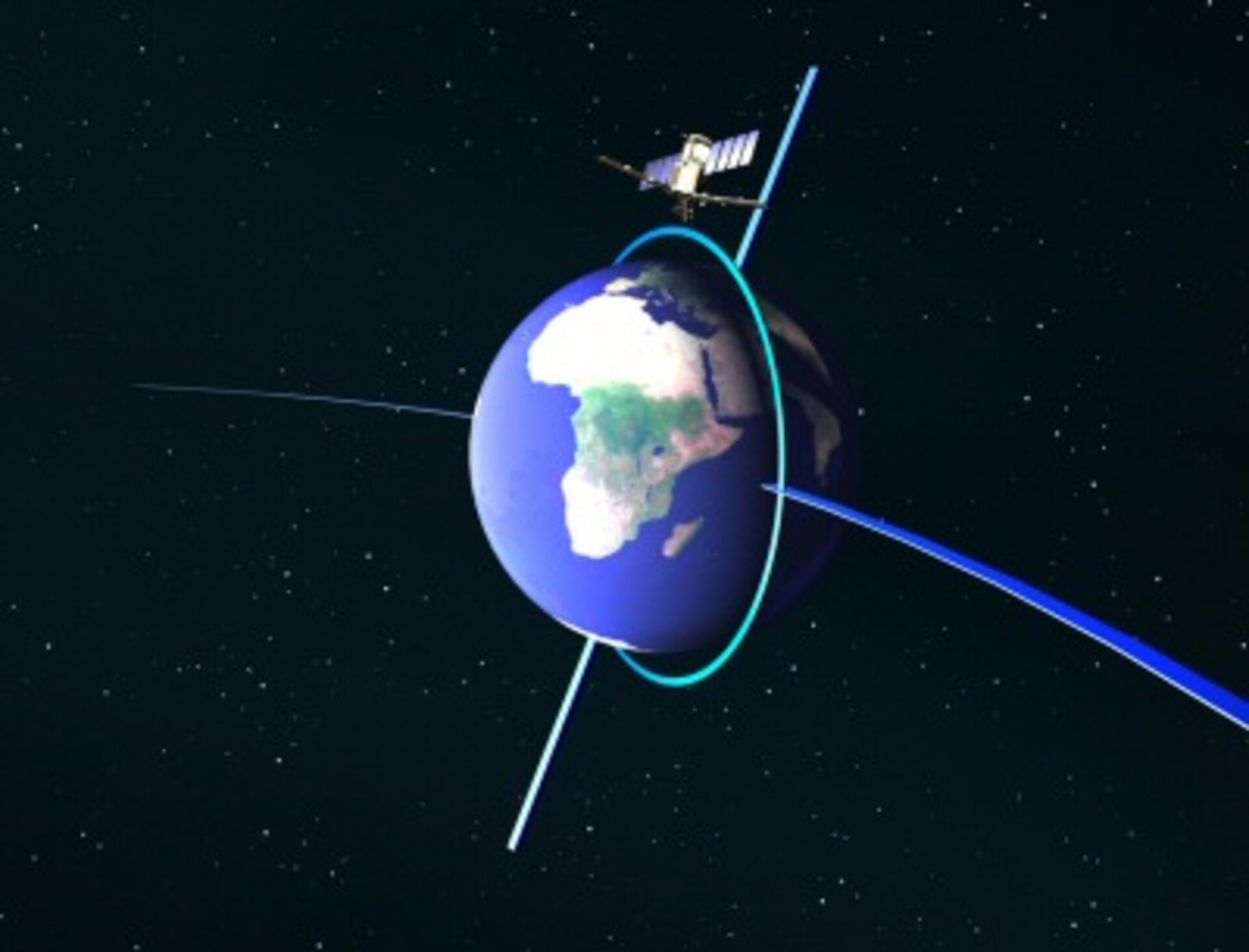 The SMOS satellite in sun-synchronous orbit

The Soil Moisture and Ocean Salinity (SMOS) satellite was launched on 2 November 2009, and forms part of ESA's Living Planet Programme. It travels in a Sun-synchronous orbit — a nearly polar orbit around a planet, in which the satellite passes over any given point of the planet's surface at the same local time.

As the satellite completes one complete revolution each year, it always maintains the same relationship with the Sun, meaning a Sun-synchronous orbit can place a satellite in constant sunlight, allowing the solar panels to work continually.