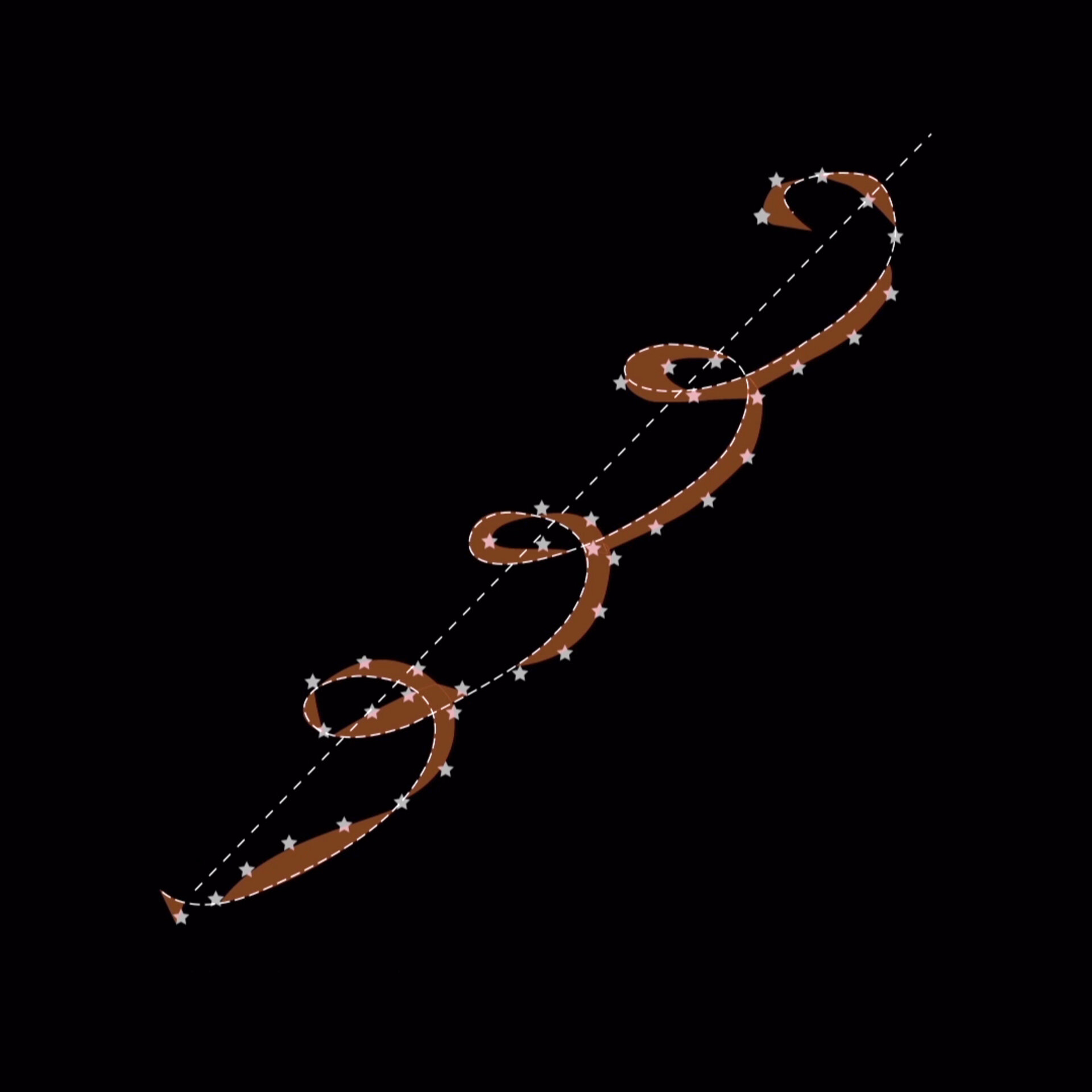 Astronomers can measure the mass of exoplanets by looking at tiny deviations in the trajectories of their host stars caused by the gravitational pull of the orbiting planets. These can be observed either along the line of sight, looking for small changes in a star’s radial velocity, or on the plane of the sky, using astrometric measurements. To be able to make accurate assessments, the astrometric observations need to cover a period of many years. In this picture, the white dashed spiral shows the evolution of a star’s trajectory observable from the Earth, caused by the combination of parallax and proper motion. The brown band shows the range of deviations of the star’s trajectory caused by a possible planet orbiting it.