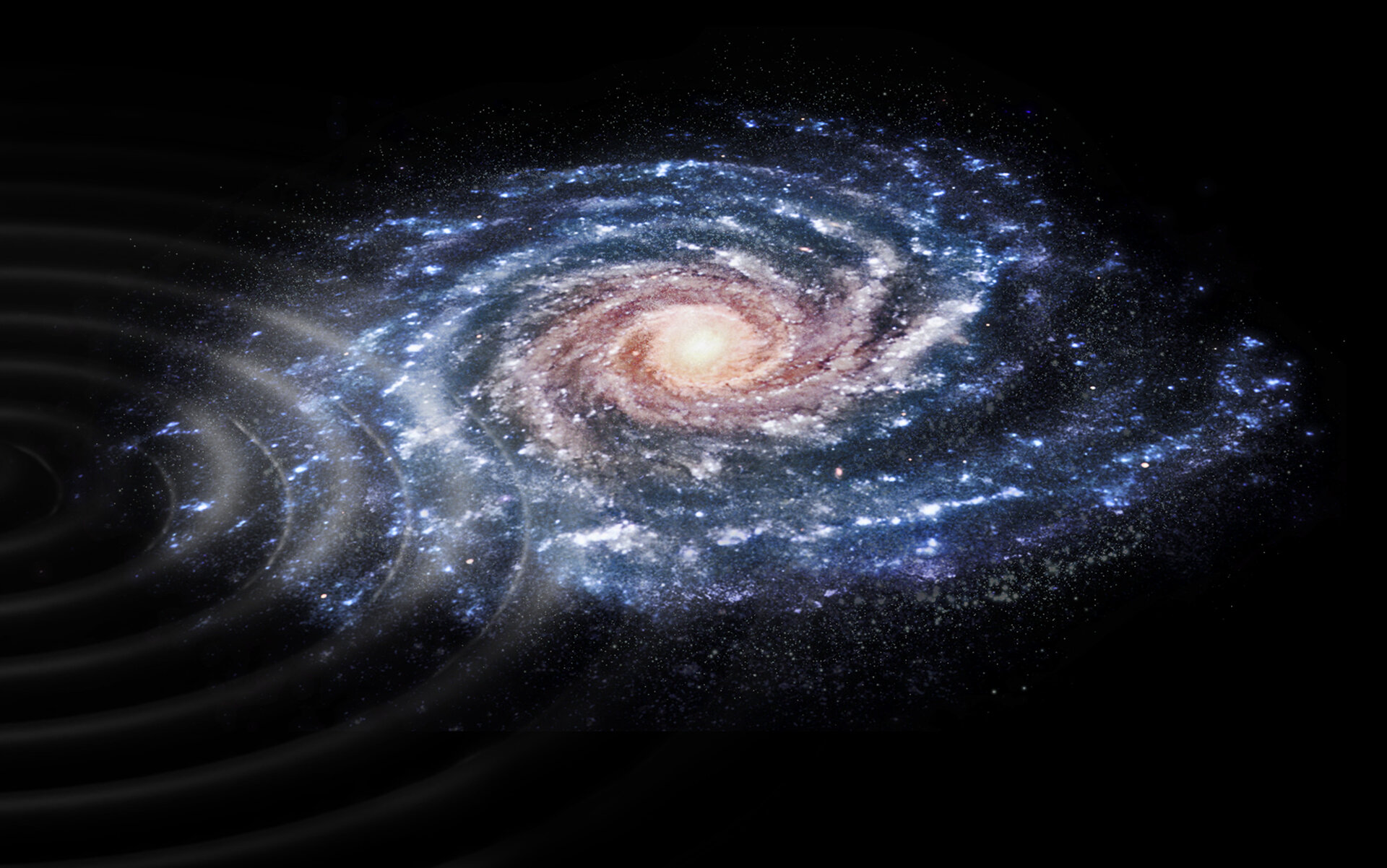 Perturbations in the Milky Way

Artist’s impression of a perturbation in the velocities of stars in our Galaxy, the Milky Way, that was revealed by ESA’s star mapping mission, Gaia.

Scientists analysing data from Gaia’s second release have shown our Milky Way galaxy is still enduring the effects of a near collision that set millions of stars moving like ripples on a pond.

The close encounter likely took place sometime in the past 300–900 million years, and the culprit could be the Sagittarius dwarf galaxy, a small galaxy containing a few tens of millions of stars that is currently in the process of being cannibalised by the Milky Way. It was discovered because of the pattern of movement it has given to stars in the Milky Way disc – one of the major components of our Galaxy.