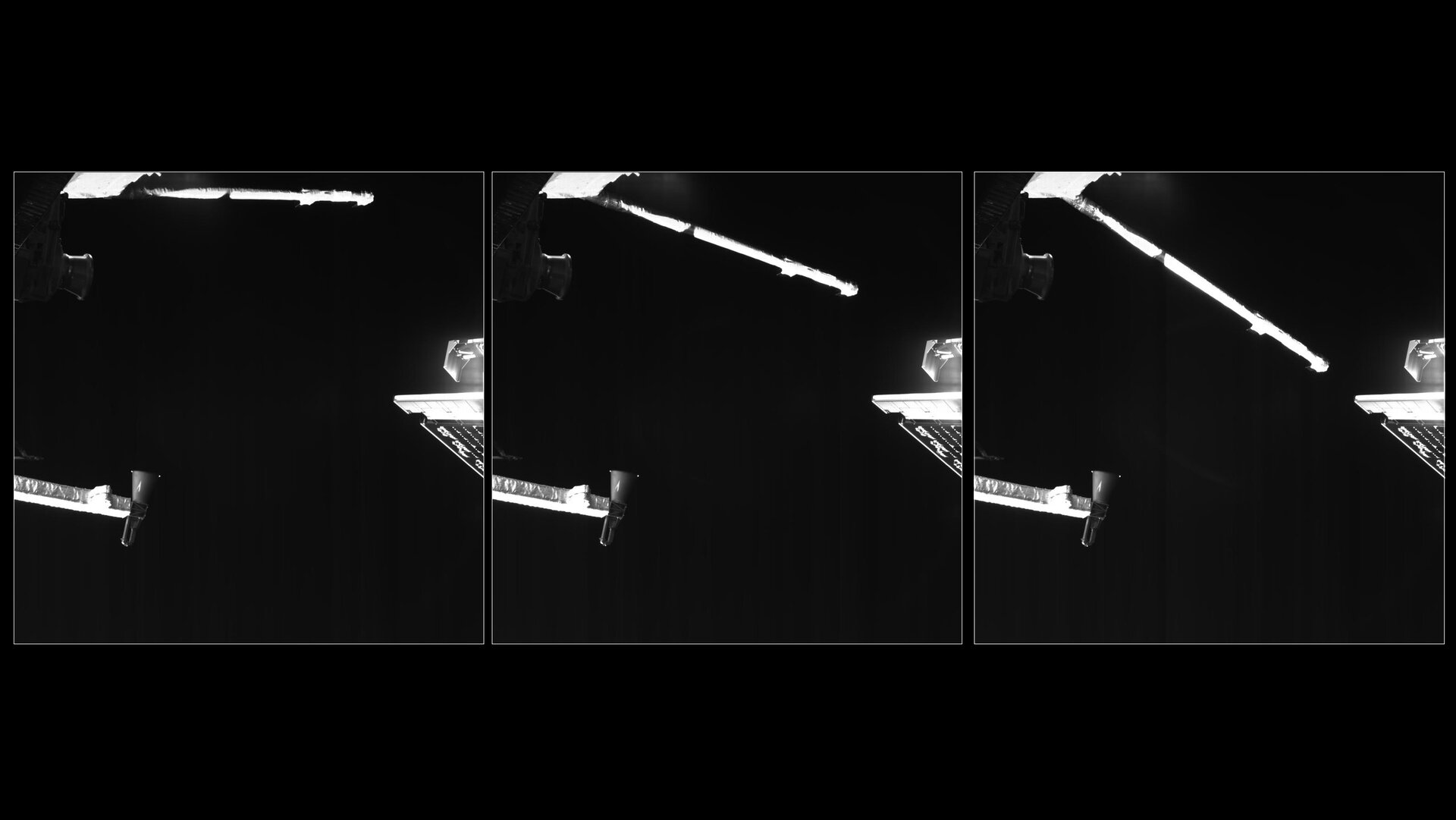 The 2.5 m long boom carrying the magnetometer sensors onboard ESA’s BepiColombo Mercury Planetary Orbiter (MPO) has been successfully deployed. The sensors  are now prepared to  measure the magnetic field on the way to Mercury.

As part of this activity, one more piece of hardware had to be deployed: the magnetometer boom onboard the MPO. The deployment, which took about one minute to complete, was captured in a series of images taken by one of the monitoring cameras onboard the Mercury Transfer Module (MTM).

The transfer module is equipped with three monitoring cameras – or ‘M-CAMs’ –which provide black-and-white snapshots in 1024 x 1024 pixel resolution. The magnetometer boom is seen in M-CAM 2. The images were taken with an exposure of 40 milliseconds, and a time interval of six seconds between images, starting at 12:40:09 GMT (14:40:09 CEST) on 25 October. Eleven images were taken in the sequence – eight of them capture the motion of the boom, and three are shown here. Click here to see the full deployment sequence.