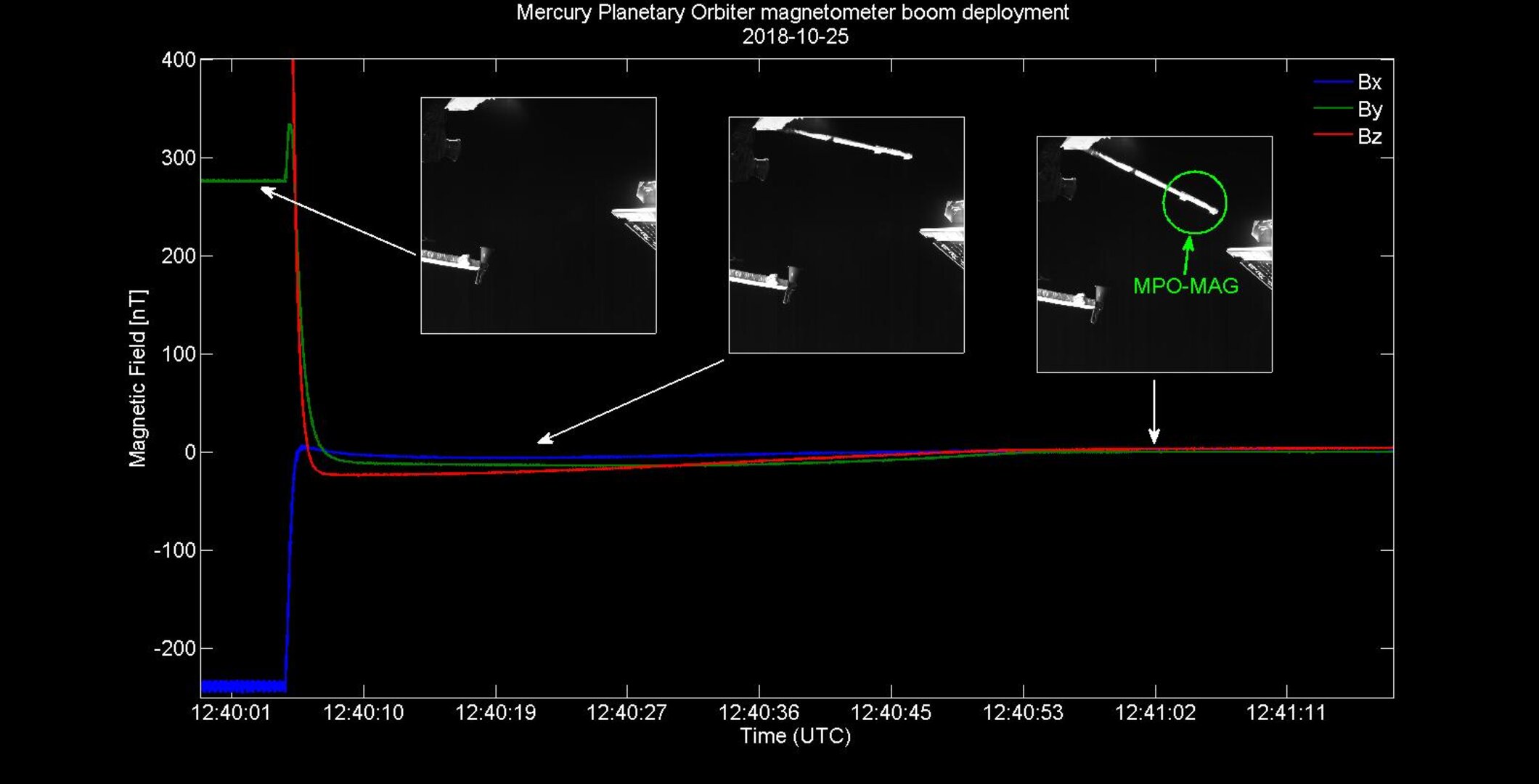 The 2.5 m long boom carrying the magnetometer sensors onboard ESA’s BepiColombo Mercury Planetary Orbiter (MPO) has been successfully deployed. The sensors  are now prepared to measure the magnetic field on the way to Mercury. Moreover, they have  already returned their first data – recording the magnetic field change as the boom moved away from the slightly magnetized body of the spacecraft into its deployed position.

Until 12:40 UTC (12: 40 GMT or 14:40 CEST), the graph shows the intrinsic spacecraft magnetic field as measured by the boom’s sensors. At the moment the boom deployment started, the fields decay with distance from the spacecraft, until the boom is fully deployed at 12:41 UTC. The three lines represent the strength of the magnetic field from the outboard sensor in the three directions of space.

The sensors will measure the solar wind on its way to Mercury. Two boom-mounted sensors with different distances to the spacecraft (indicated in the green circle in the right sub-image) will be used to distinguish between natural magnetic fields and intrinsic stray fields.

At the same time, one of the monitoring cameras onboard the Mercury Transfer Module imaged the deployment, which took about one minute.