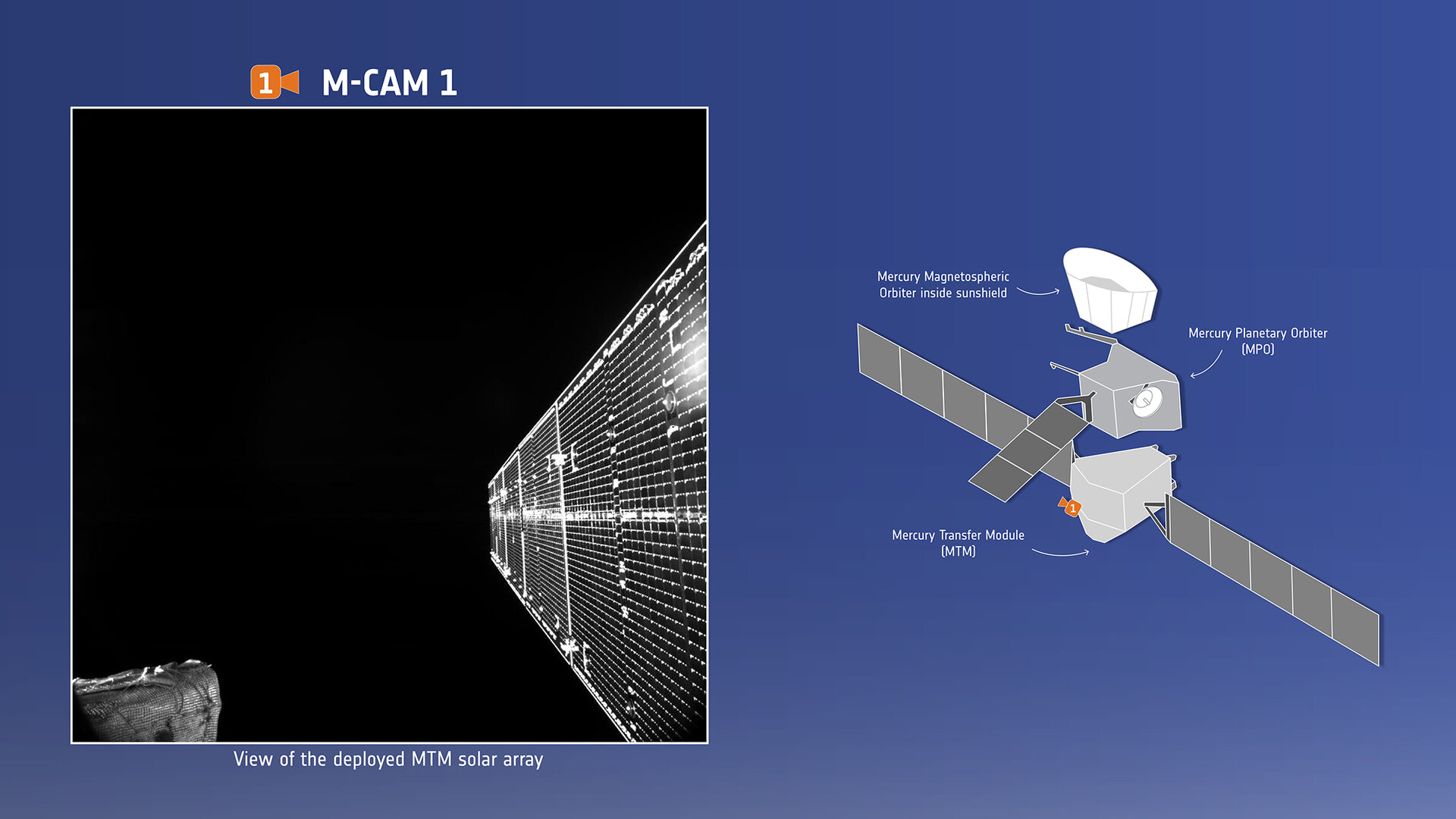 The BepiColombo Mercury Transfer Module (MTM) has returned its first image from space.

The view looks down one of the extended solar arrays, which was deployed earlier this morning and confirmed by telemetry. The structure in the bottom left corner is one of the sun sensors on the MTM, with the multi-layered insulation clearly visible.

The transfer module is equipped with three monitoring cameras, which provide black-and-white snapshots in 1024 x 1024 pixel resolution. The location and field of view of ‘M-CAM 1’, which captured the first image, is indicated in this graphic.

The other two cameras will be activated tomorrow and are expected to capture images of the deployed medium- and high-gain antennas onboard the Mercury Planetary Orbiter (MPO). Click here to see example fields of views.