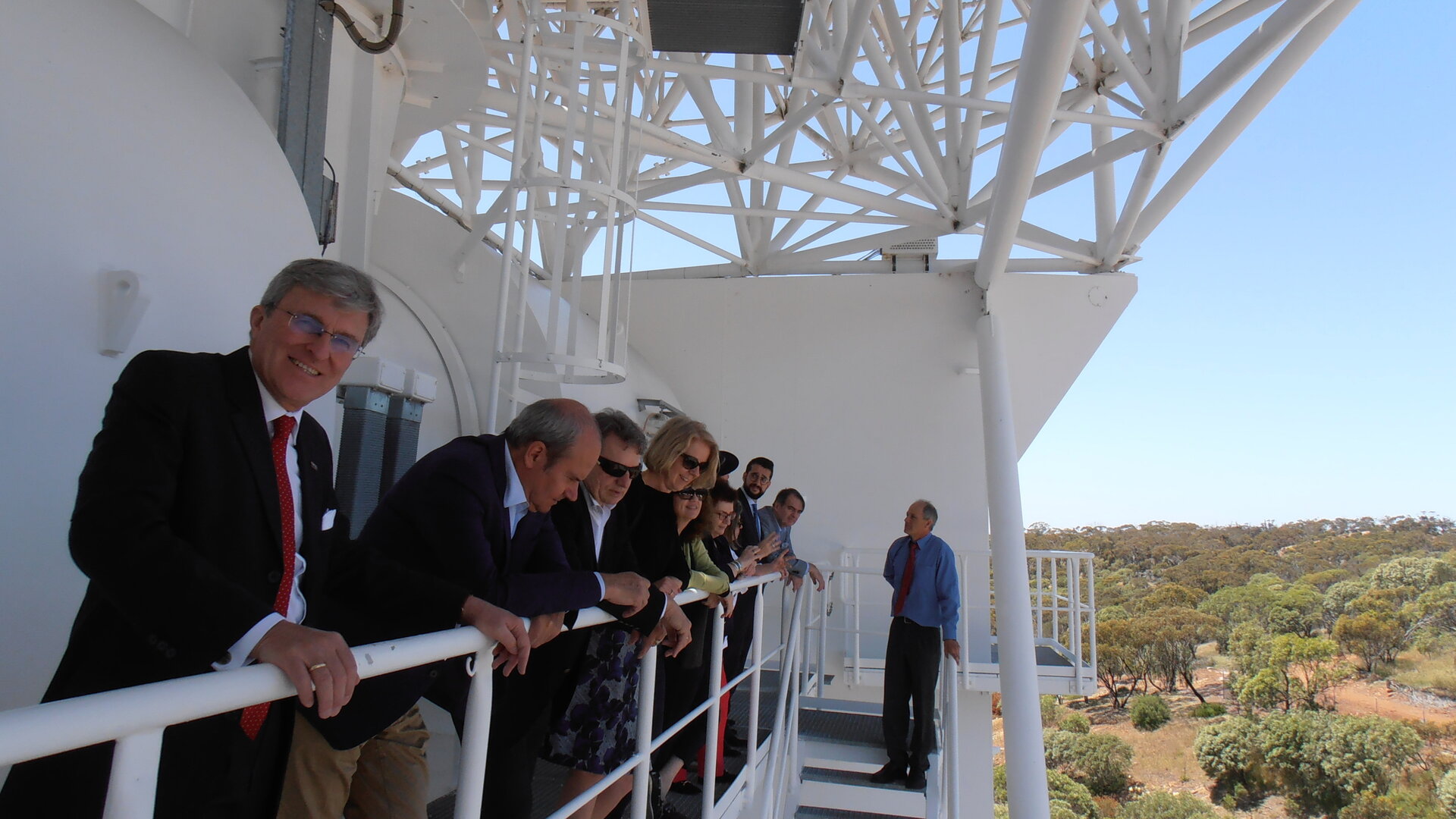 New Norcia station is one of three deep space stations operated by ESA, belonging to ESA's global Estrack network of ground stations. Together with stations at Cebreros, Spain, Malargüe and Argentina, it provides global coverage for continuous monitoring of spacecraft.

ESA's deep space stations feature some of the world’s best tracking station technology and enable communications with spacecraft voyaging hundreds of millions of kilometres in space.

The New Norcia station's geographic location on the western side of Australia enables it to not only communicate with missions traveling deep in our solar system, but also to track rockets launched from ESA's Spaceport in Kourou, French Guiana, acquiring the 'first signals' from newly orbited satellites.

Gerhard Billig, responsible for managing launcher tracking support at ESA's ESOC operations centre in Germany, showed the ambassadors around the station, briefing them on the critical support it has offered to some of ESA’s best known missions, including Exomars, BepiColombo and Gaia.

Ambassadors were also given a tour of the 35 m-diameter deep dish antenna — in August 2016, this station received signals from the international Cassini spacecraft orbiting Saturn, across more than 1.4 billion km of space, the most distant 'catch' ever made by ESA.

The tour also included the ‘NNO-2’ small dish and the technical facilities. The NNO-2 dish was established in 2015 and has since caught the signals from newly launched satellites, including the latest, Aeolus and BepiColombo.

During the visit, Gerhard highlighted the important relationship between ESA and Australia, and discussed potential future developments for the site.