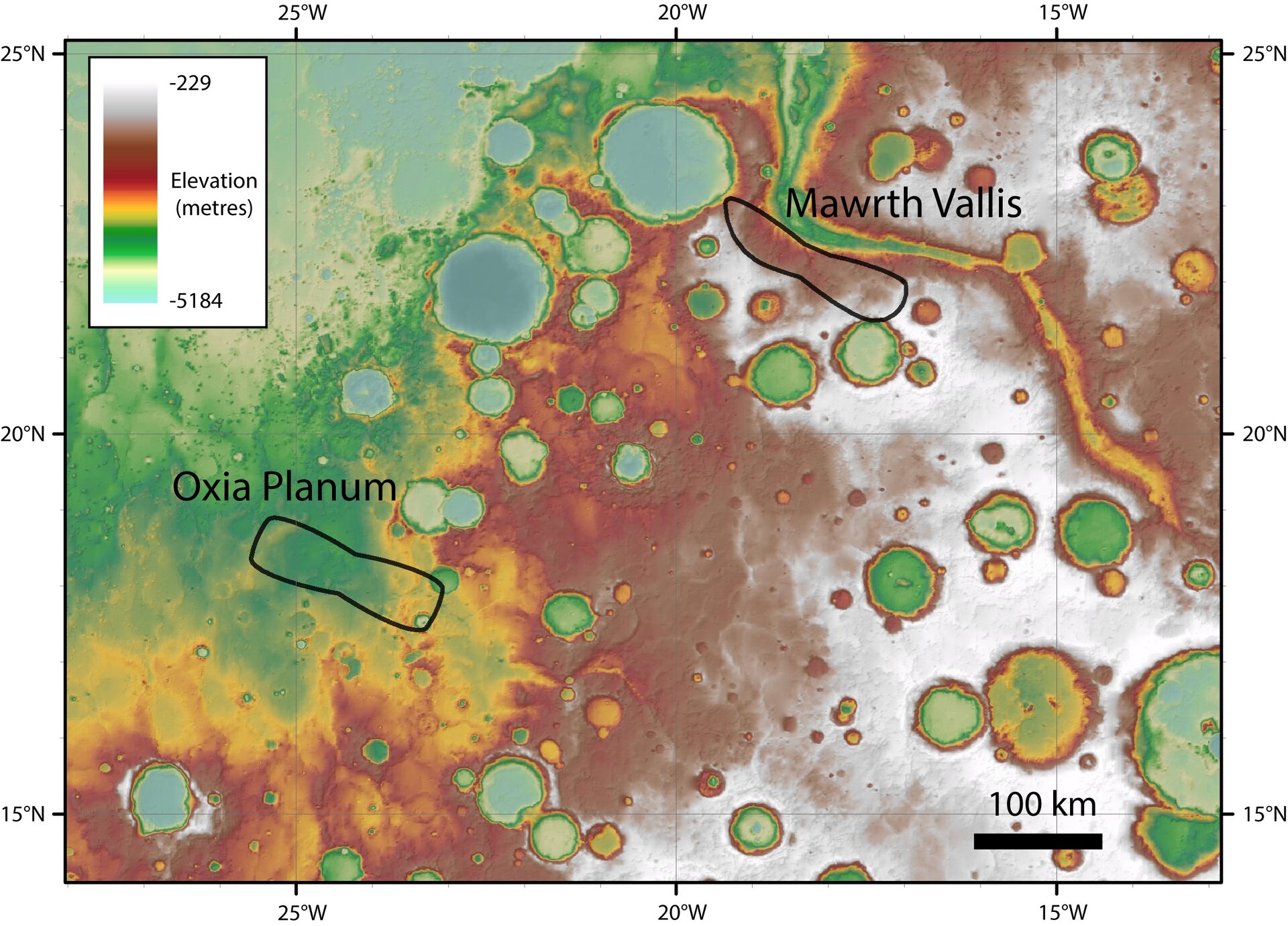 The two candidates for the landing site of the ESA-Roscosmos rover and surface science platform. The study area of each landing site is indicated by the black outline; the shape corresponds to the different landing ellipses defined by factors such as different launch dates within the launch window and, in the case of Mawrth Vallis, local topography constraints resulting in different landing ellipse centres depending on the launch date.

The map is colour-coded corresponding to elevation: whites and reds are higher than yellows and greens. The data was obtained by the Mars Orbiter Laser Altimeter onboard NASA’s Mars Global Surveyor.

Both landing site candidates lie close to the transition between the cratered northern highlands and the southern lowlands of Mars. They lie just north of the equator, in a region with many channels cutting through from the southern highlands to the northern lowlands. As such, they preserve a rich record of geological history from the planet’s wetter past, billions of years ago.