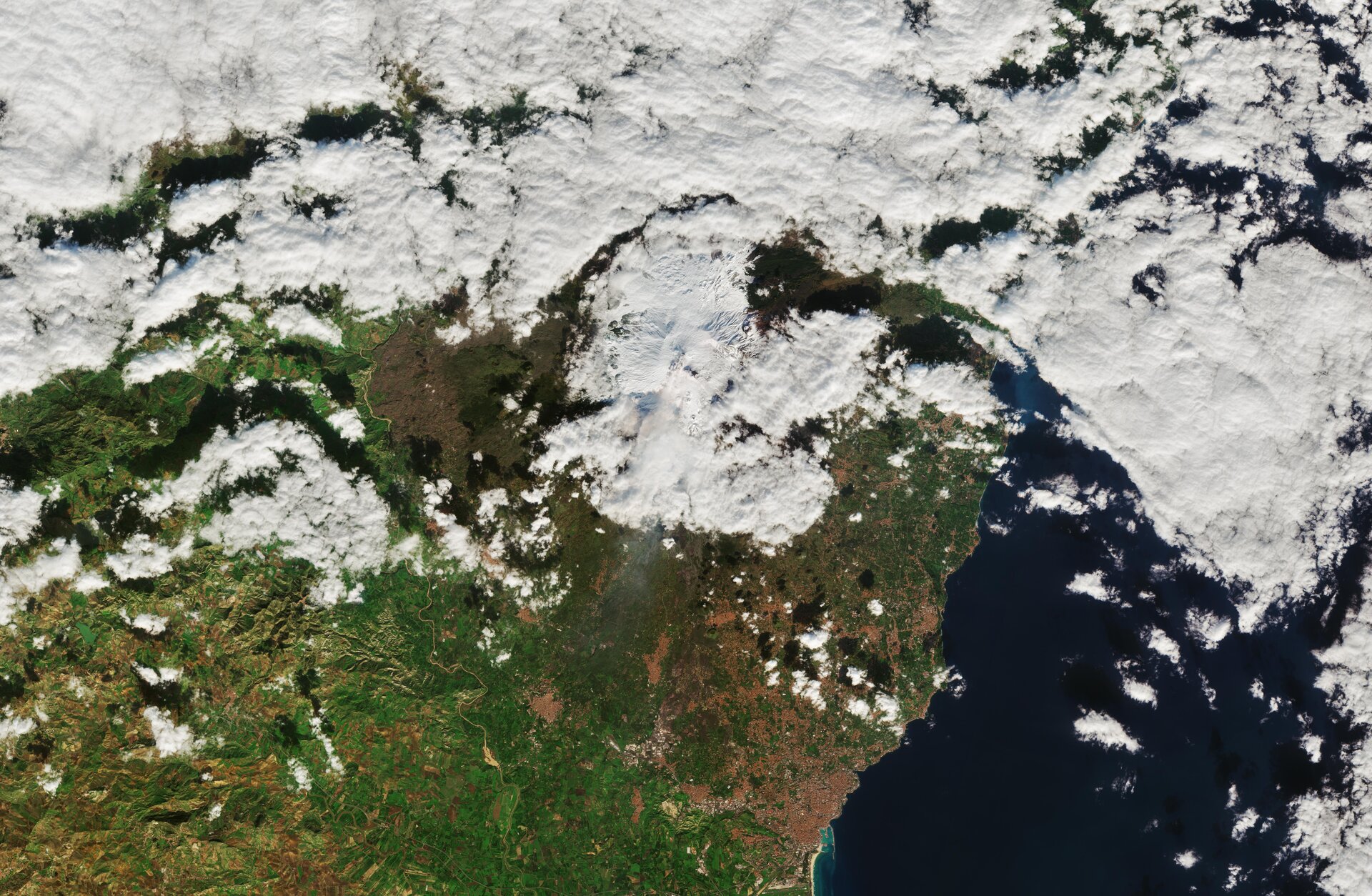 Captured by the Copernicus Sentinel-2A satellite on 29 November 2018, this image shows a snow-covered Mount Etna. This active volcano is perched on the northeast edge of the Italian island of Sicily. Reaching well over 3000 m, Mount Etna is usually covered with snow between the end of November and April.

ESA has recently added nine new projects to its flagship climate initiative as part of ongoing efforts to systematically observe and collect data in support of the United Nations Framework Convention on Climate Change. The three-year projects join the ESA Climate Change Initiative, a research programme focused on generating global datasets for the key components of Earth’s climate – known as essential climate variables or ECVs. One of these new projects focuses on snow cover.