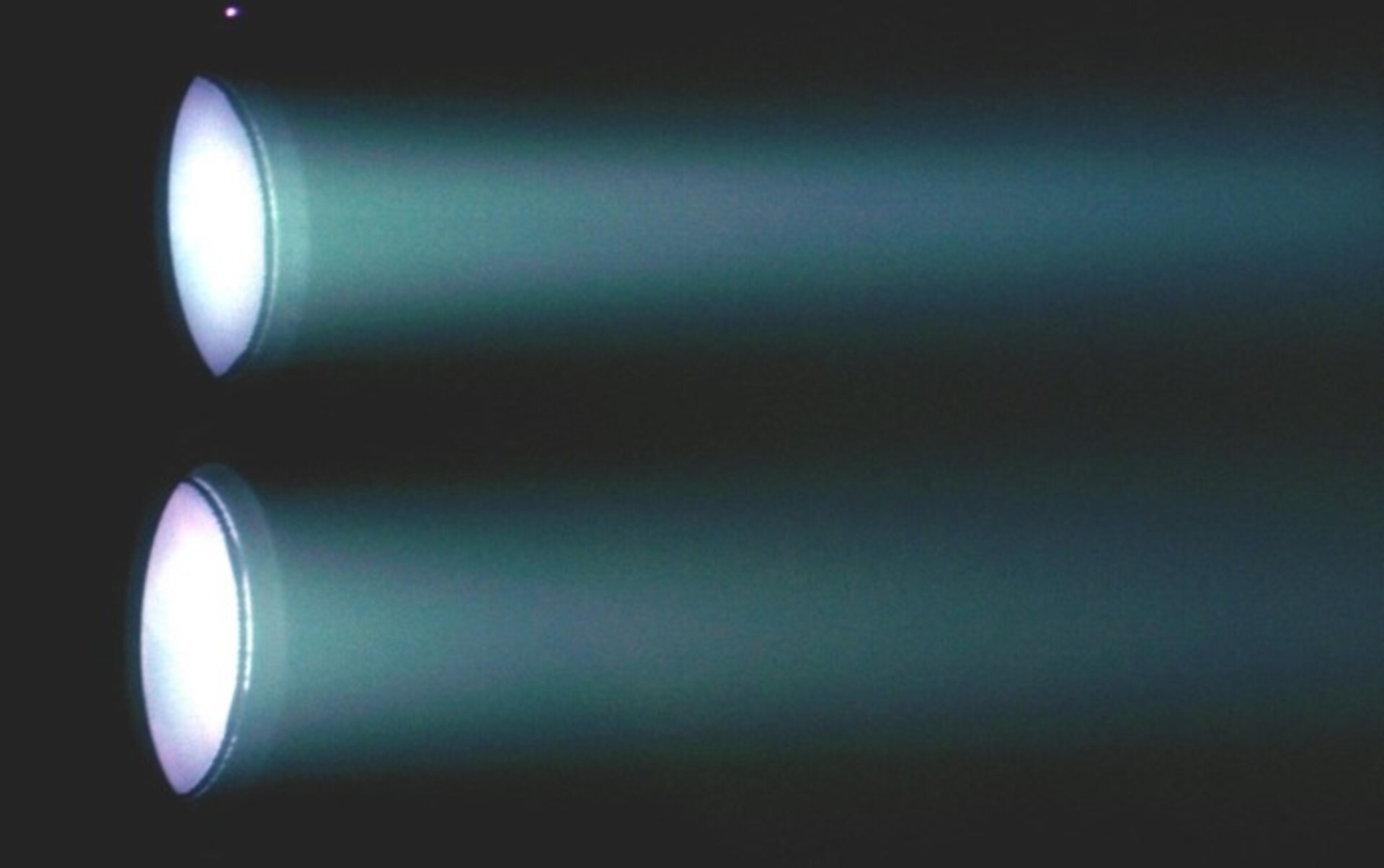 Two T6 gridded ion thrusters undergoing a joint test firing inside a vacuum chamber at QinetiQ in Farnborough, UK. BepiColombo's Solar Electric Propulsion System has four T6 thrusters for redundancy, with one or two operating at one time. The two thrusters needed testing to check they could be operated in close proximity for prolonged periods without any harmful interactions. In space the plumes seen here would not be visible; they occur due to vestigial gases building up inside the chamber. The glow from the thrusters would be visible however.