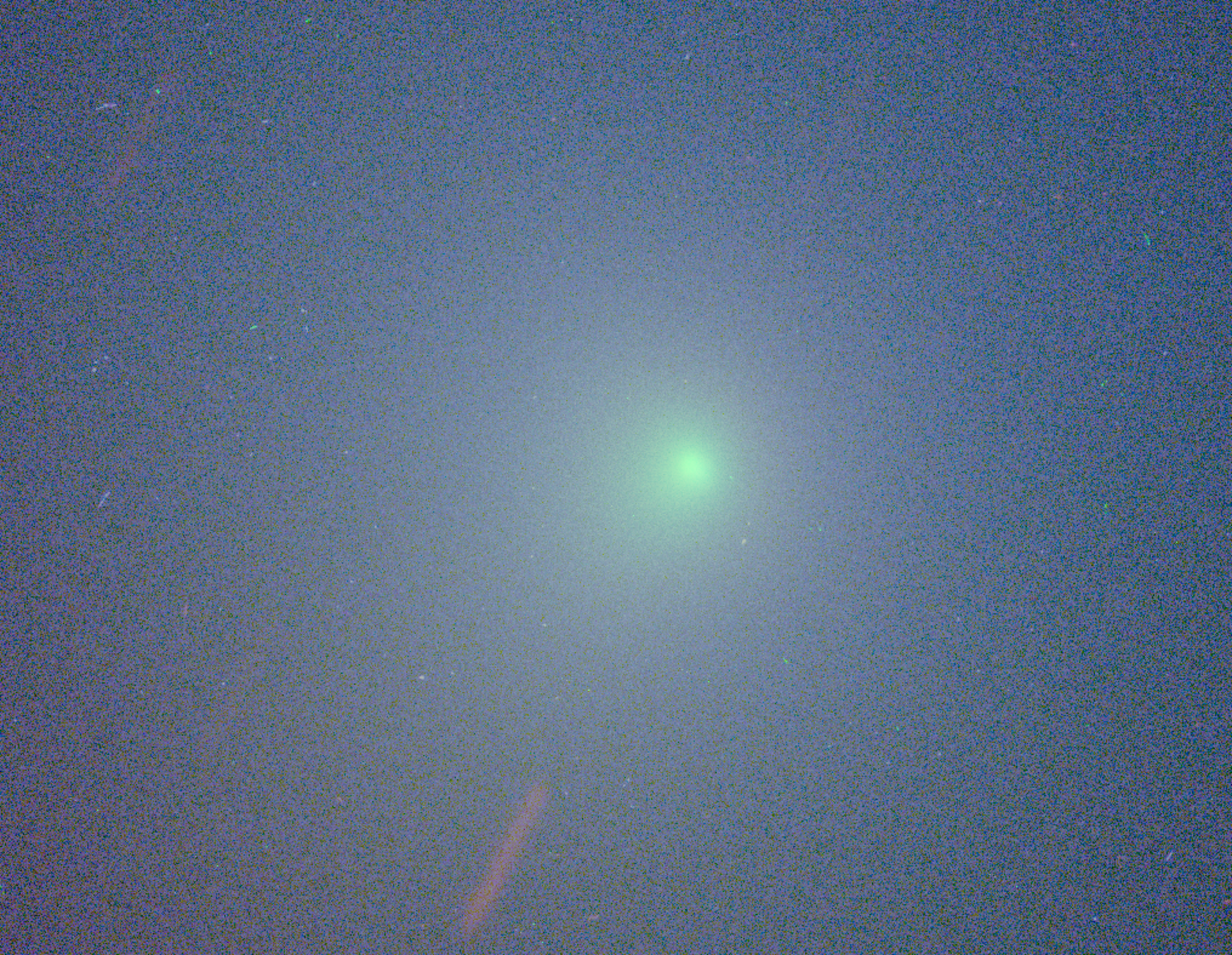 The image was produced by combining images taken with three narrow-band filters at 385, 511 and 683 nm, which are part of a series of filters that were provided by ESA to study Comet 67P/Churyumov–Gerasimenko from the ground during the Rosetta mission, and are now being used to observe 46P.

The green diffuse cloud is the comet’s coma – the green colour being caused by carbon (C2) molecules. The narrow-band filters allow light from different gasses in the coma to be separated, giving a measurement of the comet’s composition. The three filters used here isolate CN (blue), C2 (green) and sunlight reflected from dust grains (red). The coma’s asymmetry is visible in the image.  The reddish stripe in the lower part of the image is a background star, trailed due to the fact that the telescope was tracking the fast-moving comet