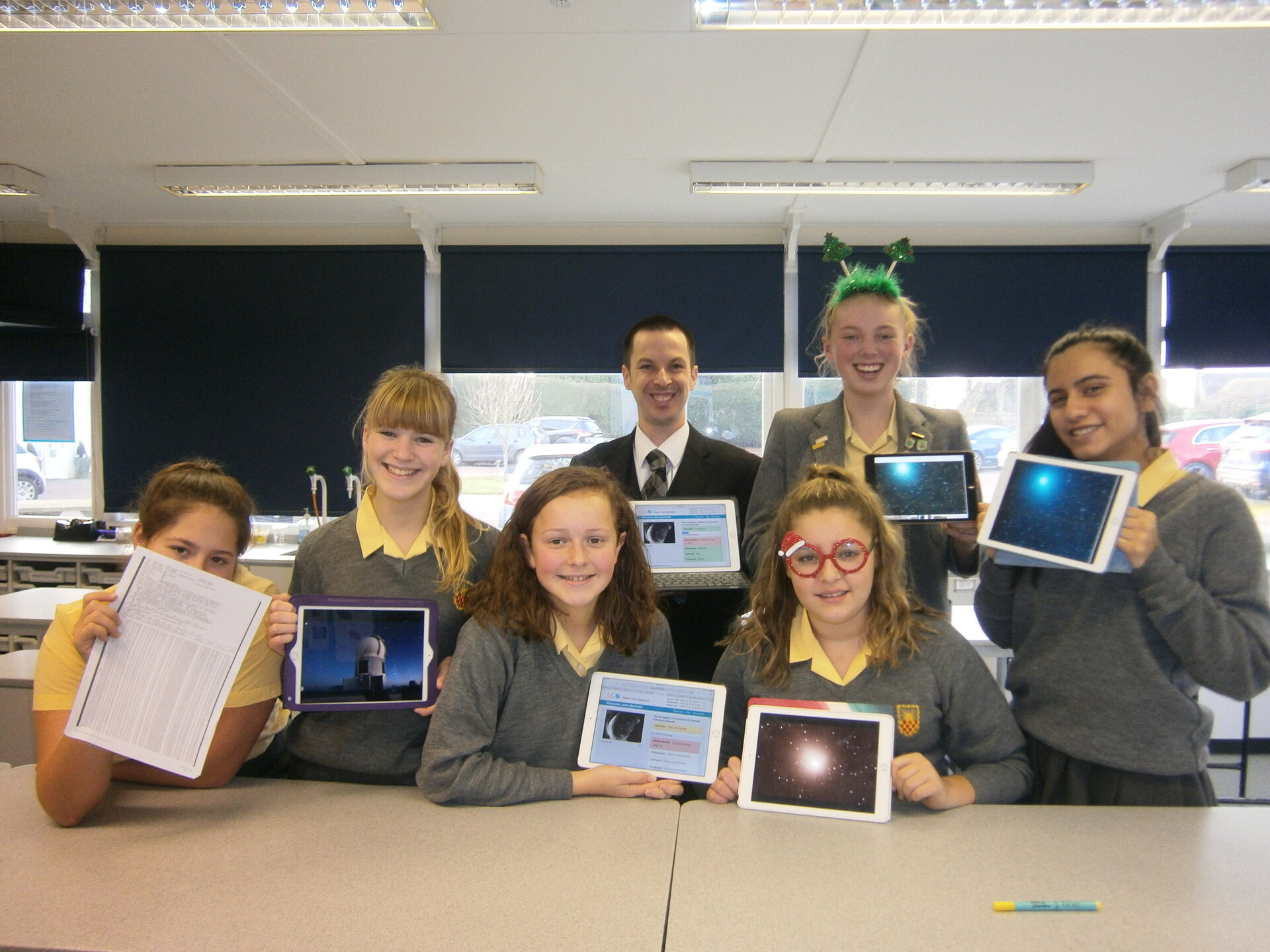 High school students with images of Comet 46P/Wirtanen at Dodderhill Girls School near Droitwich Spa, in the UK.

The students are observing the comet and analysing the data as part of an effort coordinated by Helen Usher, a PhD student at the Open Universityand Cardiff University, working with the Faulkes Telescope Project in the UK.

Eight schools from the UK, Germany, France and Norway have joined the project so far, including a primary school.

The Faulkes Telescope Project makes use of a worldwide network of robotic telescopes, built and operated by Las Cumbres Observatory, including two 2-m telescopes in Hawaii and Australia, which can be used to observe in the night-time when students are at school during the day in Europe. In particular, the Faulkes Telescope North in Hawaii is equipped with a series of filters that were provided by ESA to study Comet 67P from the ground during the Rosetta mission, and are now being used to observe 46P.