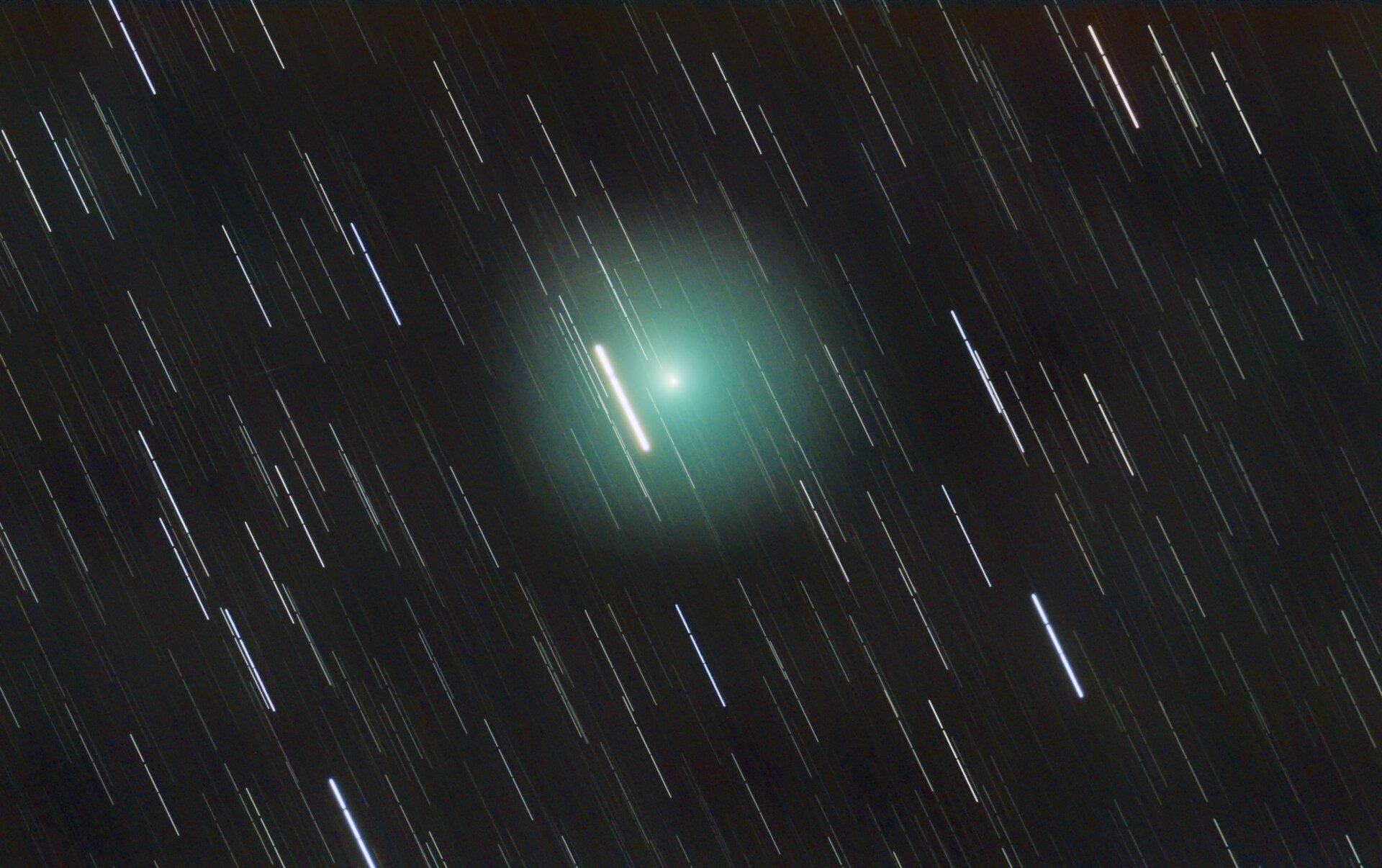 The comet nucleus is at the core of the brightest spot at the centre of the image, and the green diffuse cloud is its coma. The green colour is caused by molecules – mainly CN (cyanogen) and C2 (diatomic carbon) – that are ionised by sunlight as the comet approaches the Sun. A hint of the comet’s tail is visible to the upper left. The diagonal stripes are star trails.