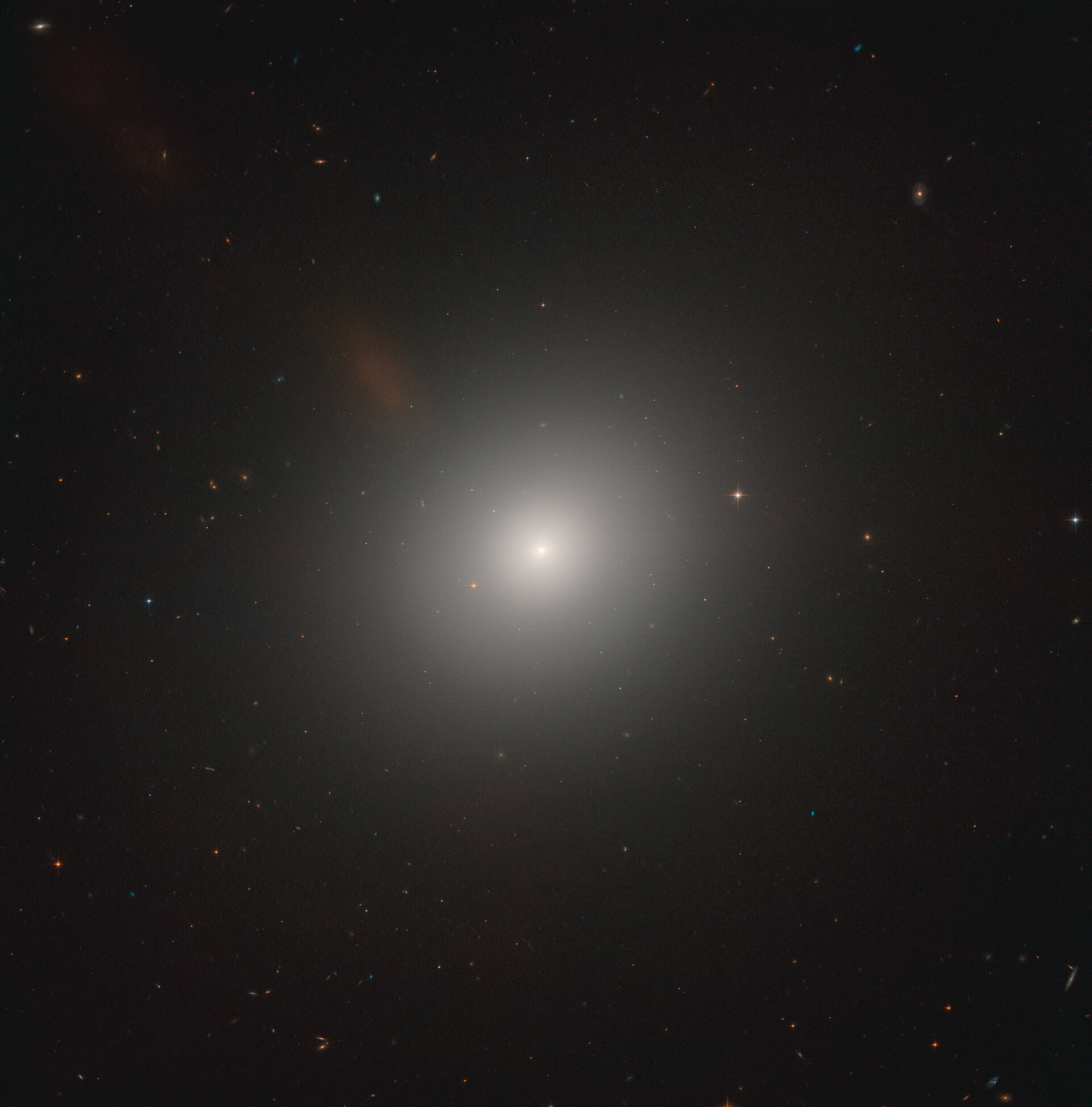 The heart of the Lion

It might appear featureless and unexciting at first glance, but NASA/ESA Hubble Space Telescope observations of this elliptical galaxy — known as Messier 105 — show that the stars near the galaxy’s centre are moving very rapidly. Astronomers have concluded that these stars are zooming around a supermassive black hole with an estimated mass of 200 million Suns! This black hole releases huge amounts of energy as it consumes matter falling into it and causing the centre to shine far brighter than its surroundings. This system is known as an active galactic nucleus.

Hubble also surprised astronomers by revealing a few young stars and clusters in Messer 105, which was thought to be a “dead” galaxy incapable of star formation. Messier 105 is now thought to form roughly one Sun-like star every 10 000 years. Star-forming activity has also been spotted in a vast ring of hydrogen gas encircling both Messier 105 and its closest neighbour, the lenticular galaxy NGC 3384.

Messier 105 was discovered in 1781, lies about 30 million light-years away in the constellation of Leo (The Lion), and is the brightest elliptical galaxy within the Leo I galaxy group.