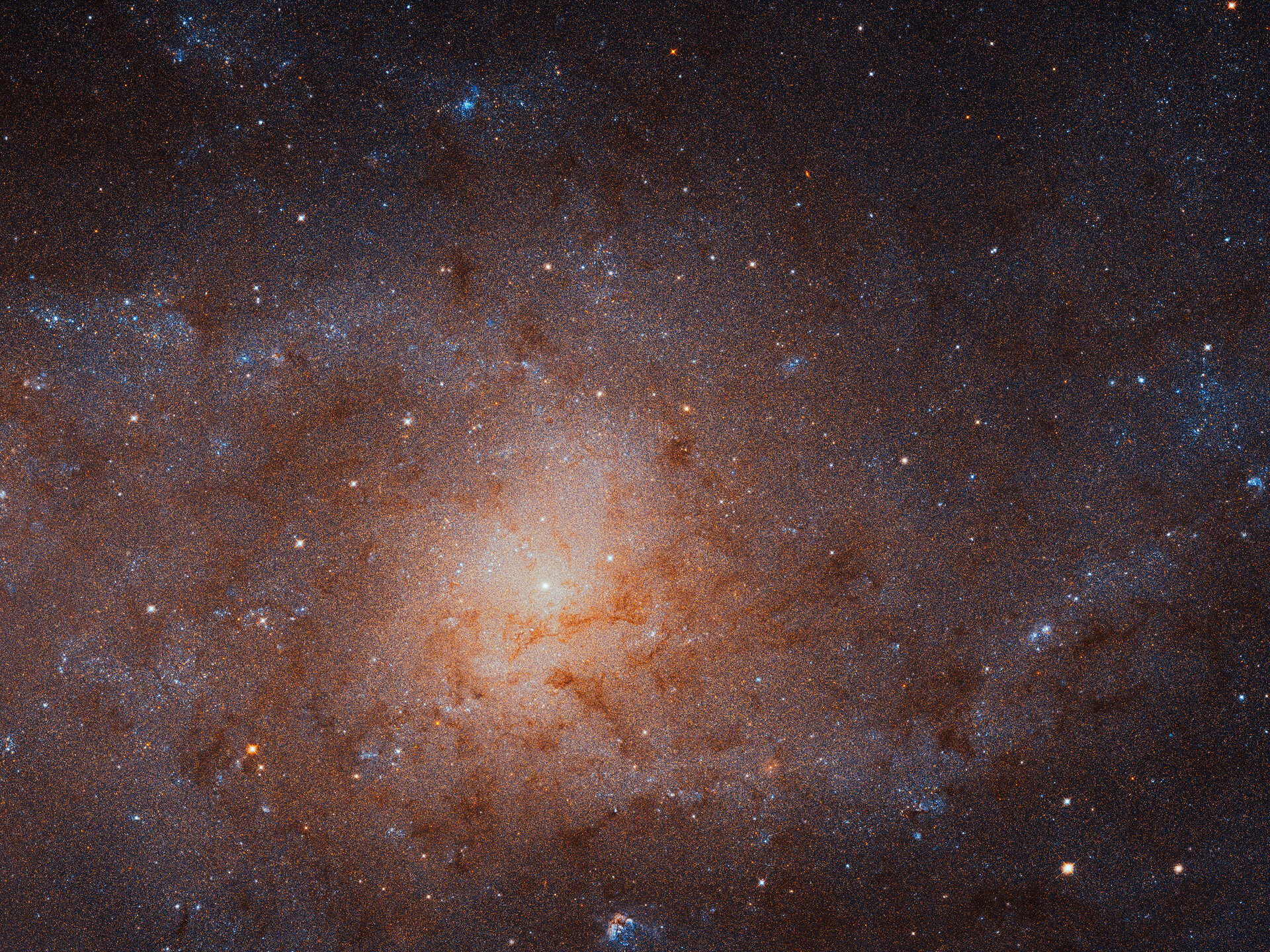 The sharpest view ever of the Triangulum Galaxy

This gigantic image of the Triangulum Galaxy — also known as Messier 33 — is a composite of about 54 different pointings with Hubble’s Advanced Camera for Surveys. With a staggering size of 34 372 times 19 345 pixels, it is the second-largest image ever released by Hubble. It is only dwarfed by the image of the Andromeda Galaxy, released in 2015.

The mosaic of the Triangulum Galaxy showcases the central region of the galaxy and its inner spiral arms. Millions of stars, hundreds of star clusters and bright nebulae are visible. This image is too large to be easily displayed at full resolution and is best appreciated using the zoom tool.