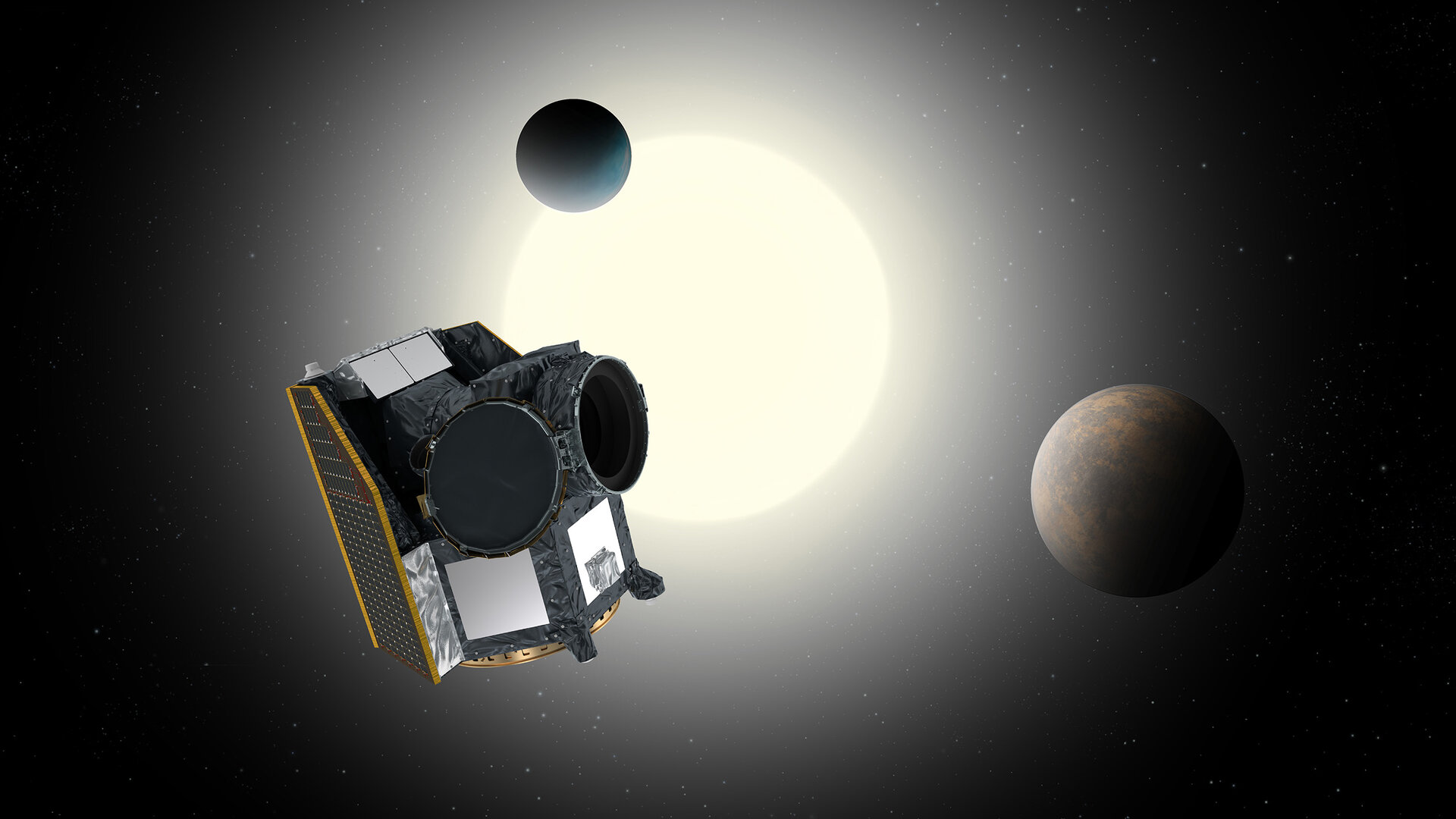 Artist impression of Cheops, the Characterising Exoplanet Satellite, with an exoplanet system in the background.

In reality, Cheops will be situated in Earth orbit, and will study exoplanet systems from afar, making precise measurements of the planet’s size as it moves in front of its host star. These measurements, combined with known information about the mass of the planet, will allow the density of the planet to be estimated. This will constrain the planet’s possible composition and structure, indicating for example if it is predominantly rocky or gaseous, or perhaps harbours significant oceans. Cheops will focus particularly on bright stars hosting Earth- to Neptune-sized planets. This first-step characterisation of these worlds – many with no Solar System equivalents – is a critical process towards understanding the formation, origin and evolution of exoplanets in this size range.

Cheops paves the way for the next generation of ESA’s exoplanet satellites, with two further missions – Plato and Ariel – planned for the next decade to tackle different aspects of the evolving field of exoplanet science.