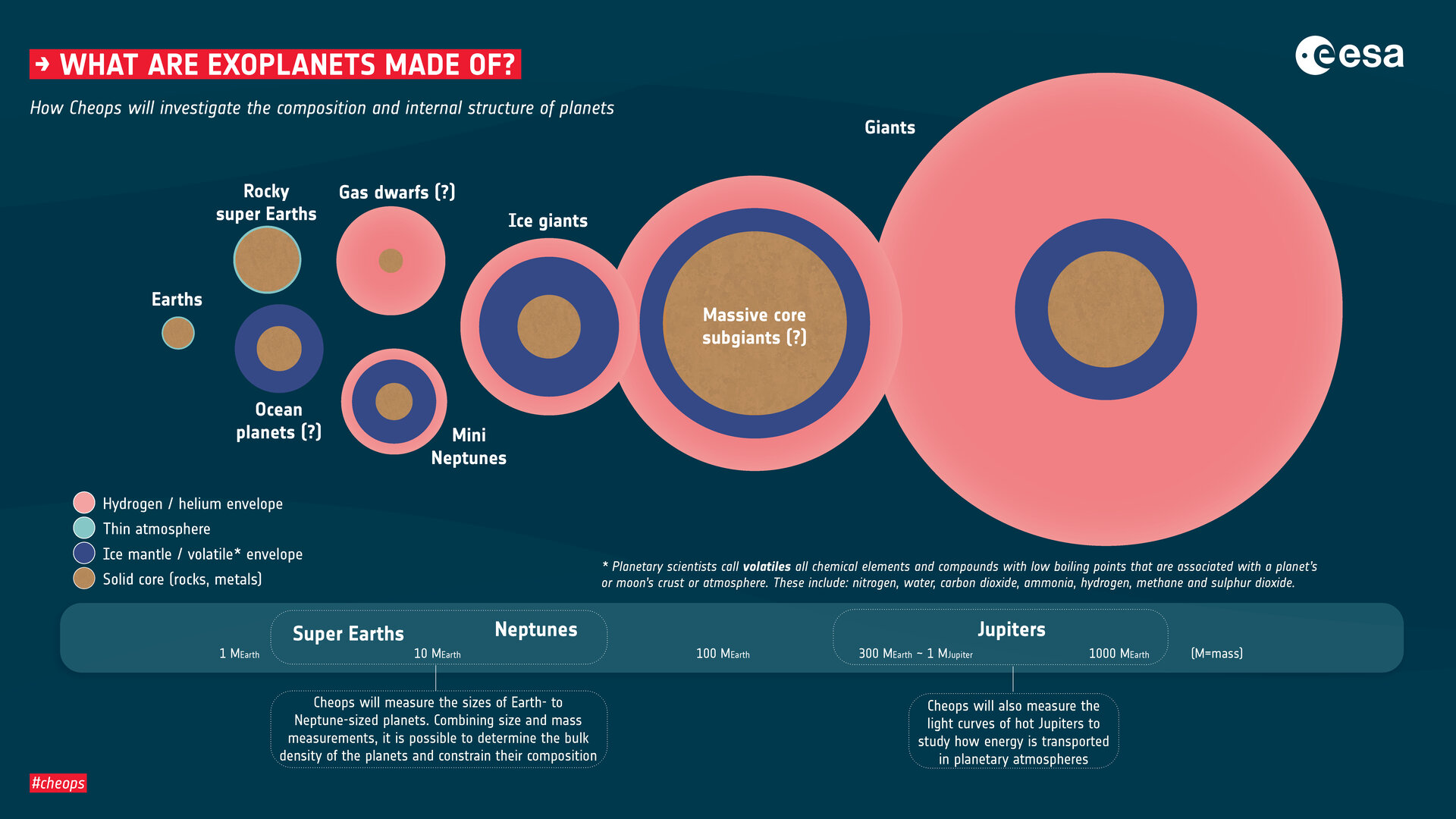 Cheops science: What are exoplanets made of?

An illustration of the internal structure and composition of exoplanets, such as those that will be investigated by Cheops, the Characterising Exoplanet Satellite.

The mission will target stars hosting planets in the Earth- to Neptune-size range, yielding precise measurements of the planet sizes. This, together with independent information about the planet masses, will allow scientists to determine their density, enabling a first-step characterisation of these extrasolar worlds. A planet’s density provides vital clues about its composition and structure, indicating for example if it is predominantly rocky or gassy, or perhaps harbours significant oceans.