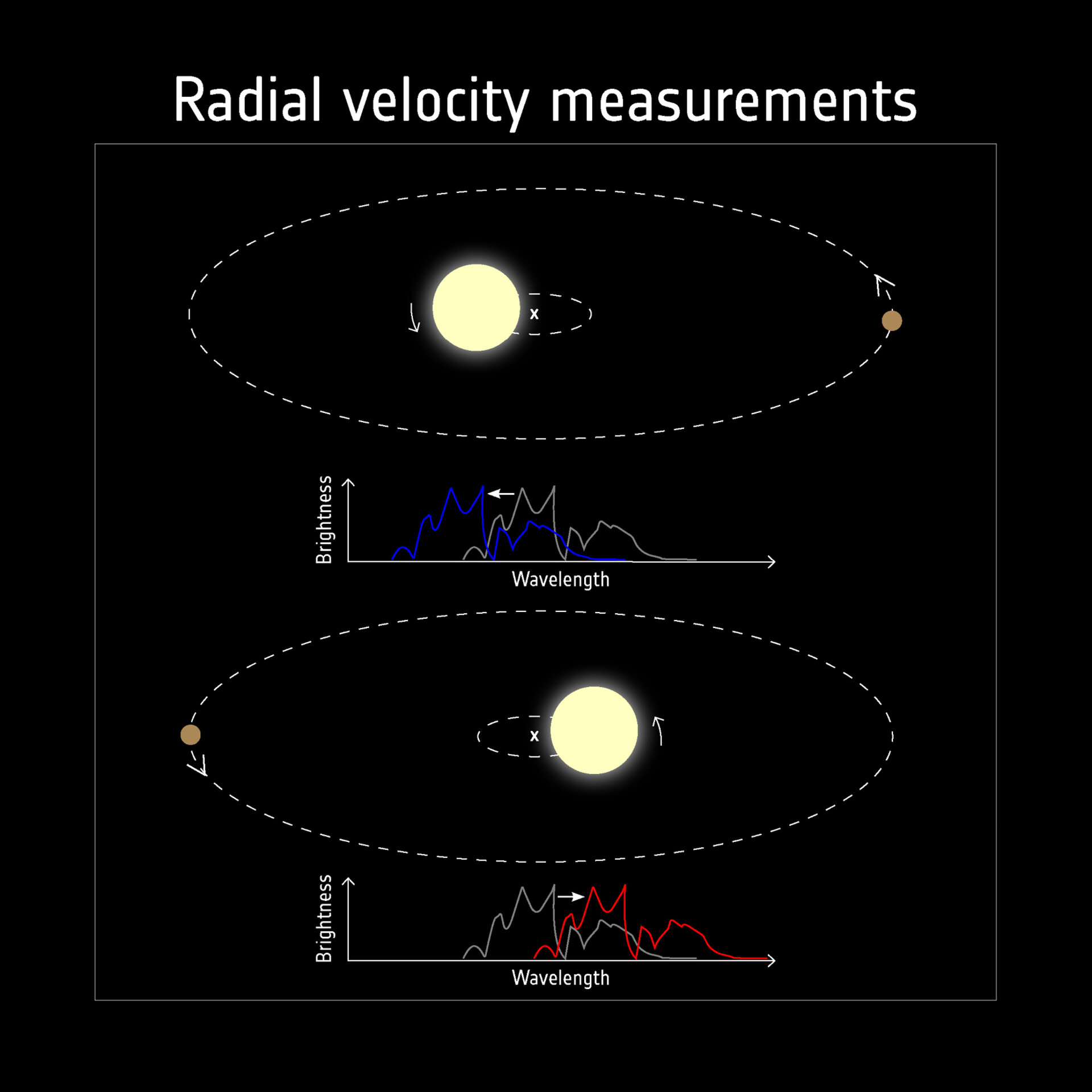 Exoplanets can be detected by measuring the 'wobble' in its star's motion caused by the gravitational pull of a planet as the planet and star orbit around a common centre of mass. When viewed from afar, the star appears to move towards and away from the observer. This motion makes the light from the star appear slightly bluer when it is moving towards the observer, and slightly redder when moving away. This shift in frequency is known as the Doppler effect, the same effect as the change in pitch of an ambulance siren as it rushes past you. Most early exoplanet discoveries were made using this so-called radial velocity method.