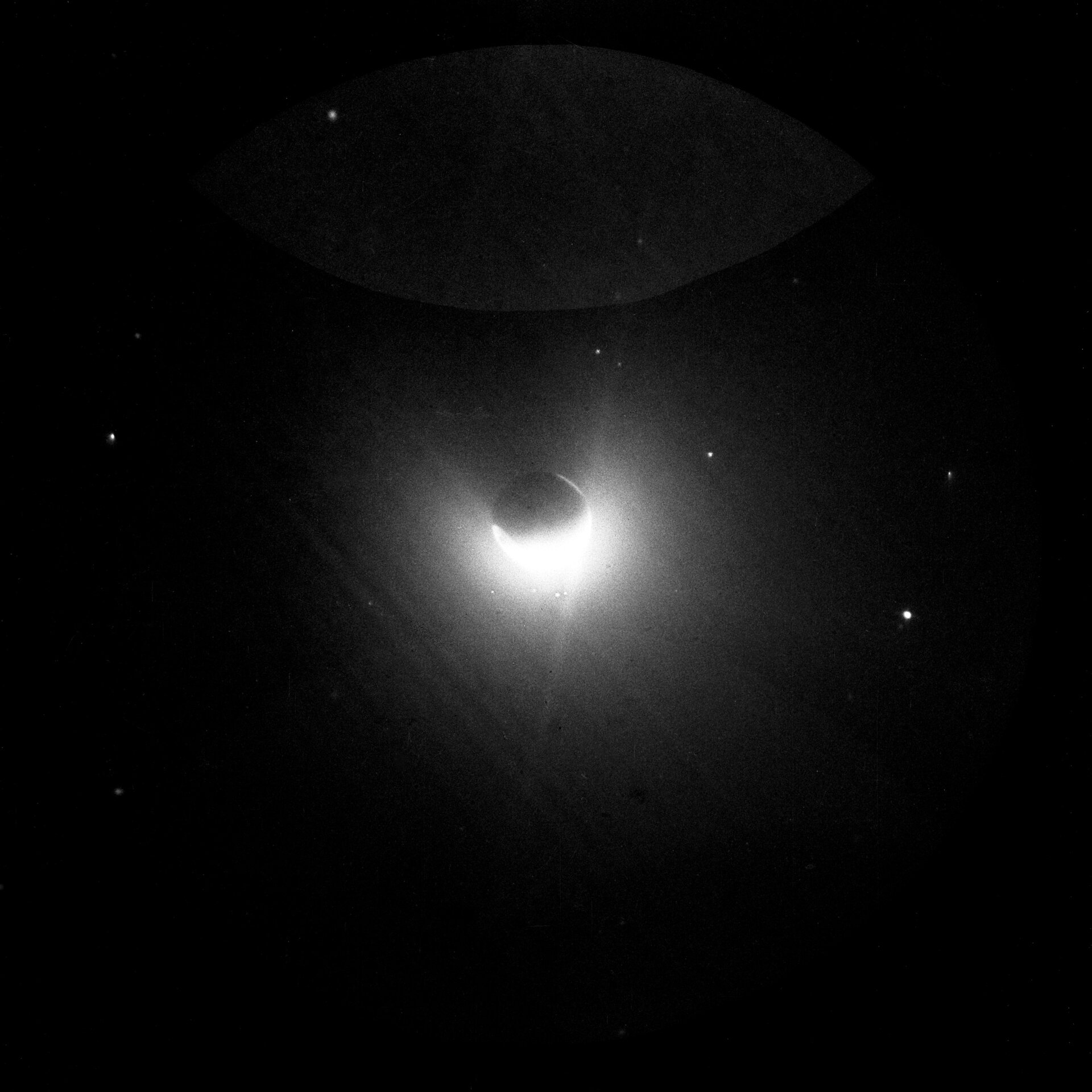 Earth’s geocorona from the Moon

The Earth and its hydrogen envelope, or geocorona, as seen from the Moon. This ultraviolet picture was taken in 1972 with a camera operated by Apollo 16 astronauts on the Moon.

A recent discovery based on observations by the ESA/NASA Solar and Heliospheric Observatory, SOHO, shows that the geocorona extends well beyond the orbit of the Moon, reaching up to 630 000 km above Earth’s surface, or 50 times the diameter of our planet.

More information: Earth’s atmosphere stretches out to the Moon – and beyond