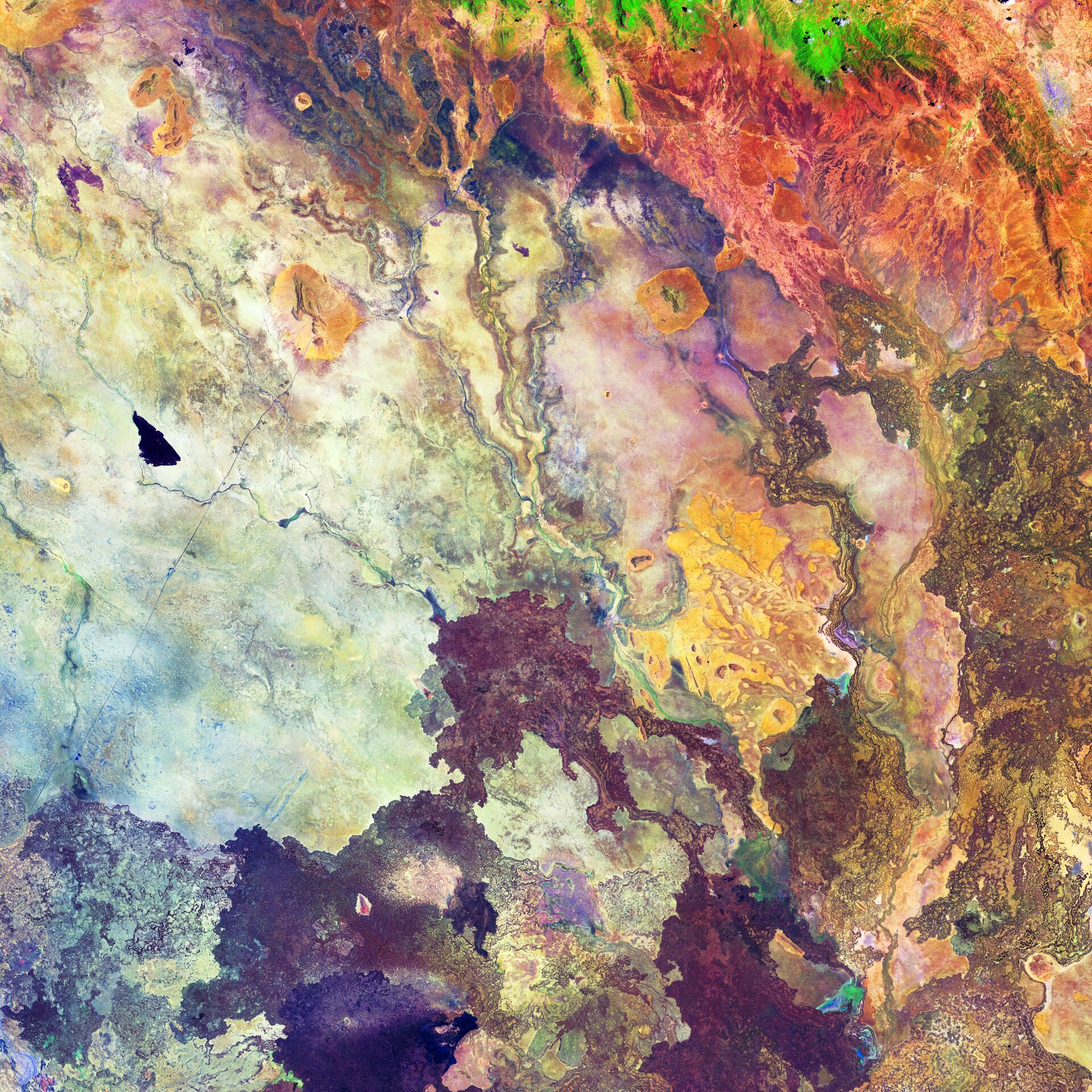 Captured on 1 October 2018 by the Copernicus Sentinel-2A satellite, this image features part of northeast Kenya – an area east of the East African Rift.

The region tends to be very arid and this false-colour image has been processed to highlight different types of rock, soil and sand in pinks, purples and yellows.

The bright green at the top of the image depicts vegetation, but the rest of the area appears relatively devoid of vegetation. Several dry river beds can also be seen etched into the landscape and the black shape in the middle-left appears to be an area of freshly burnt land. The lack of water has, at times, led to clashes between clans over access to water and pasture for cattle. When the rains do come, however, this dry dusty land can burst into life and turn a rich green.

Part of the ‘great north road’ can also been seen running from the bottom-left to the top-right. The road is one of the best in the country, linking Nairobi in the south of the country to Ethiopia. The northern 500-km stretch from Isiolo to the Kenyan–Ethiopian border town of Moyale took about nine years to build and was completed recently, but has reduced travel time from Nairobi to Moyale from three days to about 12 hours and opened up new opportunities for trade and business. Moyale can be seen in the top-right of the image.

This Copernicus Sentinel-2A image is also featured on the Earth from Space video programme.