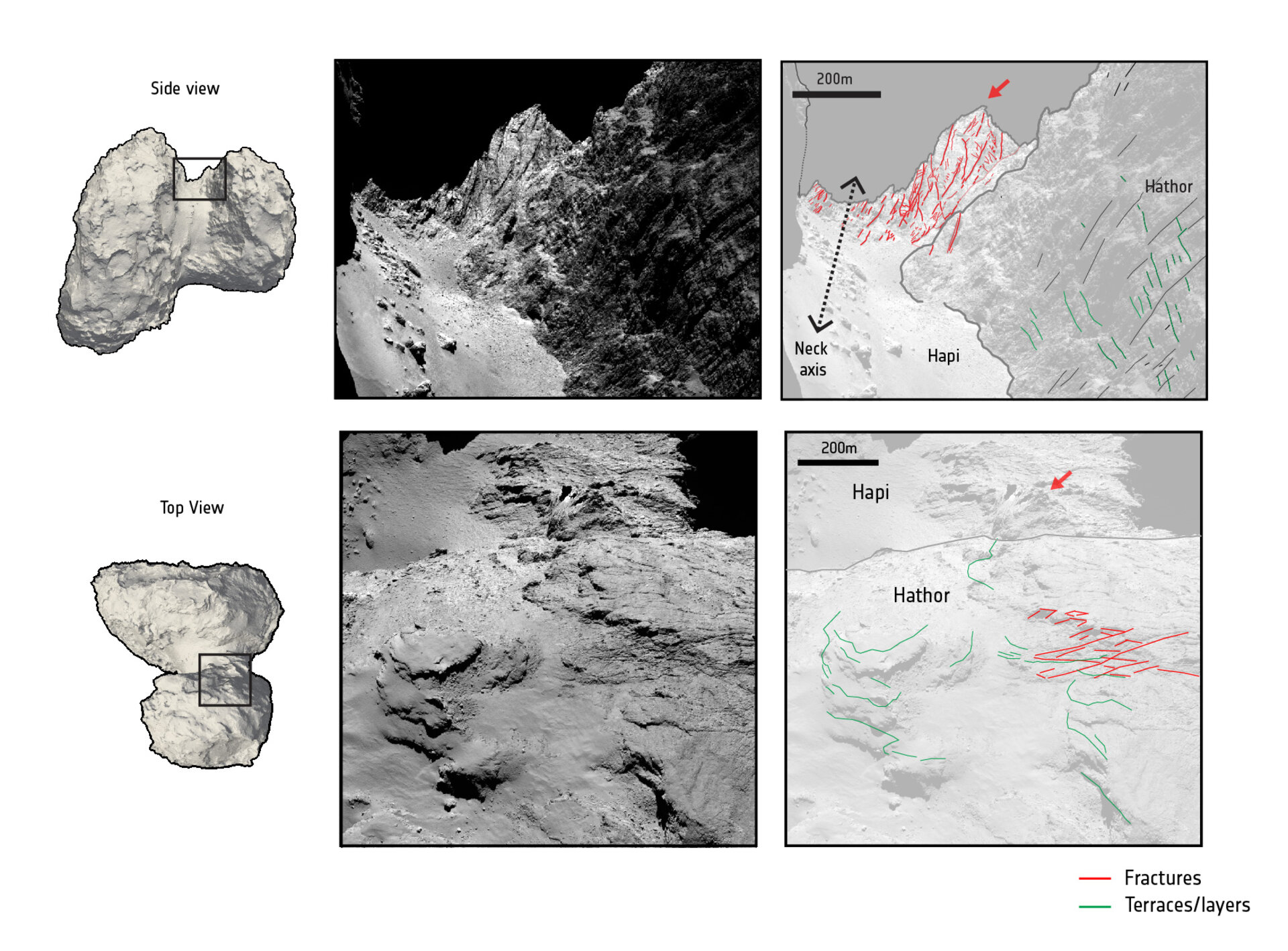 These images show how Rosetta’s dual-lobed comet, 67P/Churyumov-Gerasimenko, has been affected by a geological process known as mechanical shear stress.

The comet’s shape is shown in the left two diagrams from top and side perspectives, while the four frames on the right zoom in on the part marked by the overlaid black box (the comet’s ‘neck’). The red arrow points to the same spot in both images, seen from a different perspective.

The two central frames show this part of the neck as imaged by Rosetta’s OSIRIS camera, and used in a new study exploring how the comet’s shape has evolved over time. The two frames on the right highlight different features on the comet using these images as a background canvas. Red lines trace fracture and fault patterns formed by shear stress, a mechanical force often seen at play in earthquakes or glaciers on Earth and other terrestrial planets. This occurs when two bodies or blocks push and move along one another in different directions, and is thought to have been induced here by the comet’s rotation and irregular shape. Green marks indicate terraced layers.