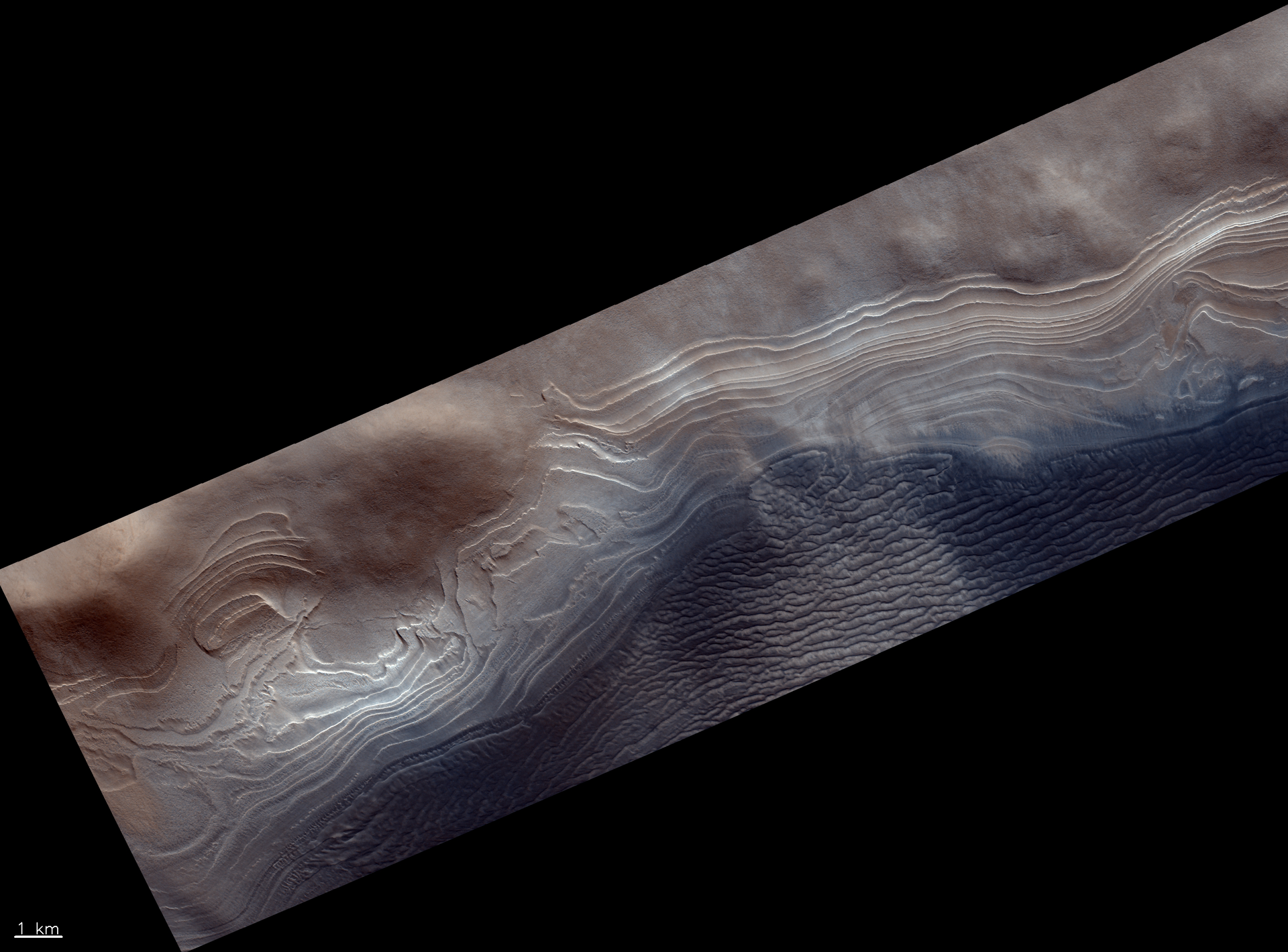 This image shows the edge of a layered mound in Burroughs crater on Mars. It is located about 200 km to the northwest of the northernmost edge of the planet’s south polar ice cap.

The image was taken by the Colour and Stereo Surface Imaging System (CaSSIS) onboard the ESA-Roscosmos ExoMars Trace Gas Orbiter and captures a strip of the surface measuring about 25 km x 9 km.

The ‘polar layered deposits’ of Mars, as the ice caps are known, are made of layers upon layers of ice and dust that record how the climate of Mars has evolved in the last few million to hundreds of millions of years.

Many of the impact craters that surround the caps have layered mounds that appear similar to the polar layered deposits, and some, particularly in the north, are known to be composed of nearly pure water ice. Layered mounds, like the one imaged here in Burroughs crater, lie close to the south polar deposits, and have been less studied than the layers of the caps.

They may represent remnant ice deposits from past climates when the extent of the polar layered deposits reached to lower latitudes, or they may have been deposited independently, which would mean that they represent an entirely separate record of climate – perhaps extending further back into the history of the Mars.

This particular image shows heavily eroded layers toward the northwestern edge of the Burroughs crater mound (north is up). In this orientation, the top of the image contains the crater wall outside of the mound, which is about 400 km lower in elevation than the bottom of the image and shows the mound’s surface.

Because the CaSSIS instrument takes stereo pairs of images, the elevation differences – also between the layers – can be studied with the resulting digital terrain model.