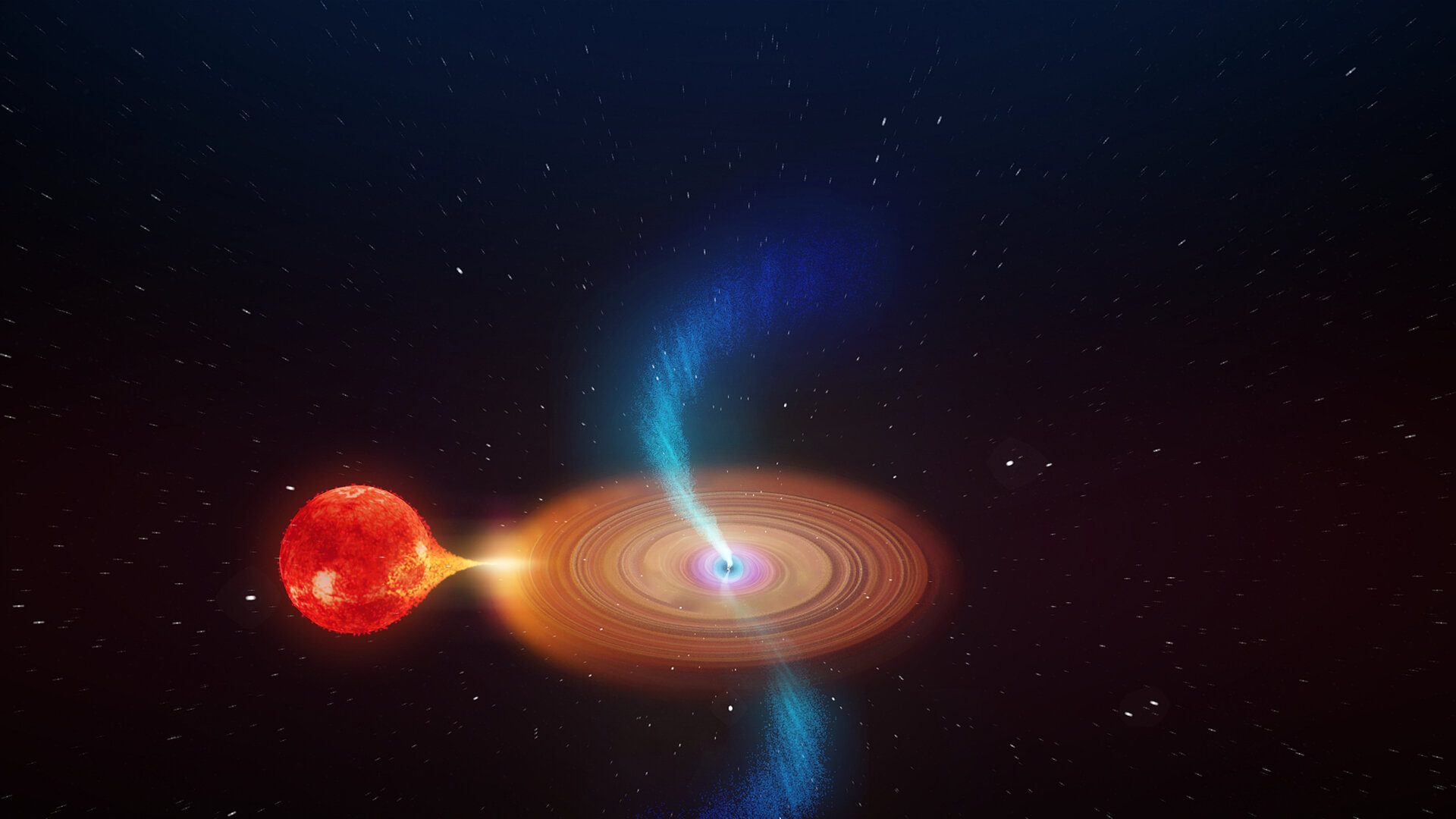 Artist's impression of a black hole accreting material from a companion star.

After 26 years of dormancy, it woke up again in 2015, becoming for a short period of time the brightest object in the sky observable in high-energy X-rays. Based on data collected during this outburst, scientists think that the inner part of the accretion disc is tilted with respect to the rest of the system, most likely due to the spin of the black hole being inclined with respect to the orbit of the companion star.

An animation of the precessing jets and accretion flow in V404 Cygni is available here.

More information: Scientists get to the bottom of a ‘spitting’ black hole