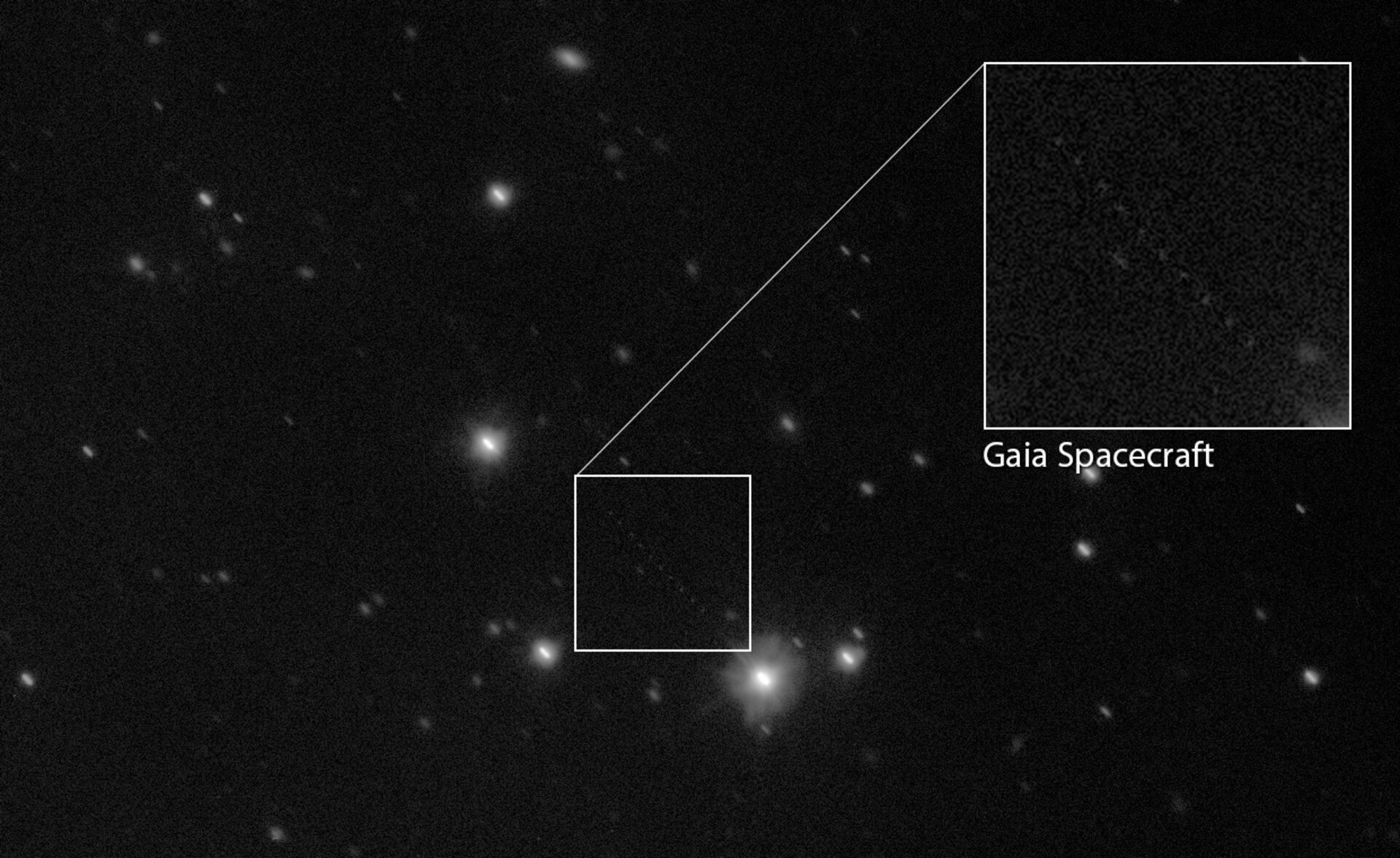 A sequence of images taken as part of the Ground Based Optical Tracking campaign of ESA’s Gaia satellite with the European Southern Observatory’s (ESO) 2.6-metre VLT Survey Telescope (VST) in Chile.

This image combines ten observations performed on 14 April 2019: Gaia is visible as a line of ten faint dots just below the image centre, which are highlighted in the zoomed-in inset in the top right.

The stars in the image appear as slightly elongated, since the telescope is following Gaia rather than the stars. The observations have been stacked using the stars as reference to show the movement of Gaia across the sky.

The images were obtained using the OMEGACAM instrument with the SDSS-r filter on the VST, with an exposure time of 60 seconds for each individual observation; the whole sequence covers about 17 minutes.

Astrometric determination of Gaia's position is conducted on each frame, using as reference the coordinates of the background stars as provided in the second Gaia data release. The results are then averaged and the resulting value for the position of Gaia has a precision of 20 milliarcseconds or better (one arcsecond is equivalent to the size of a Euro coin seen from a distance of about four kilometres).

A non-annotated version of this image is available here.