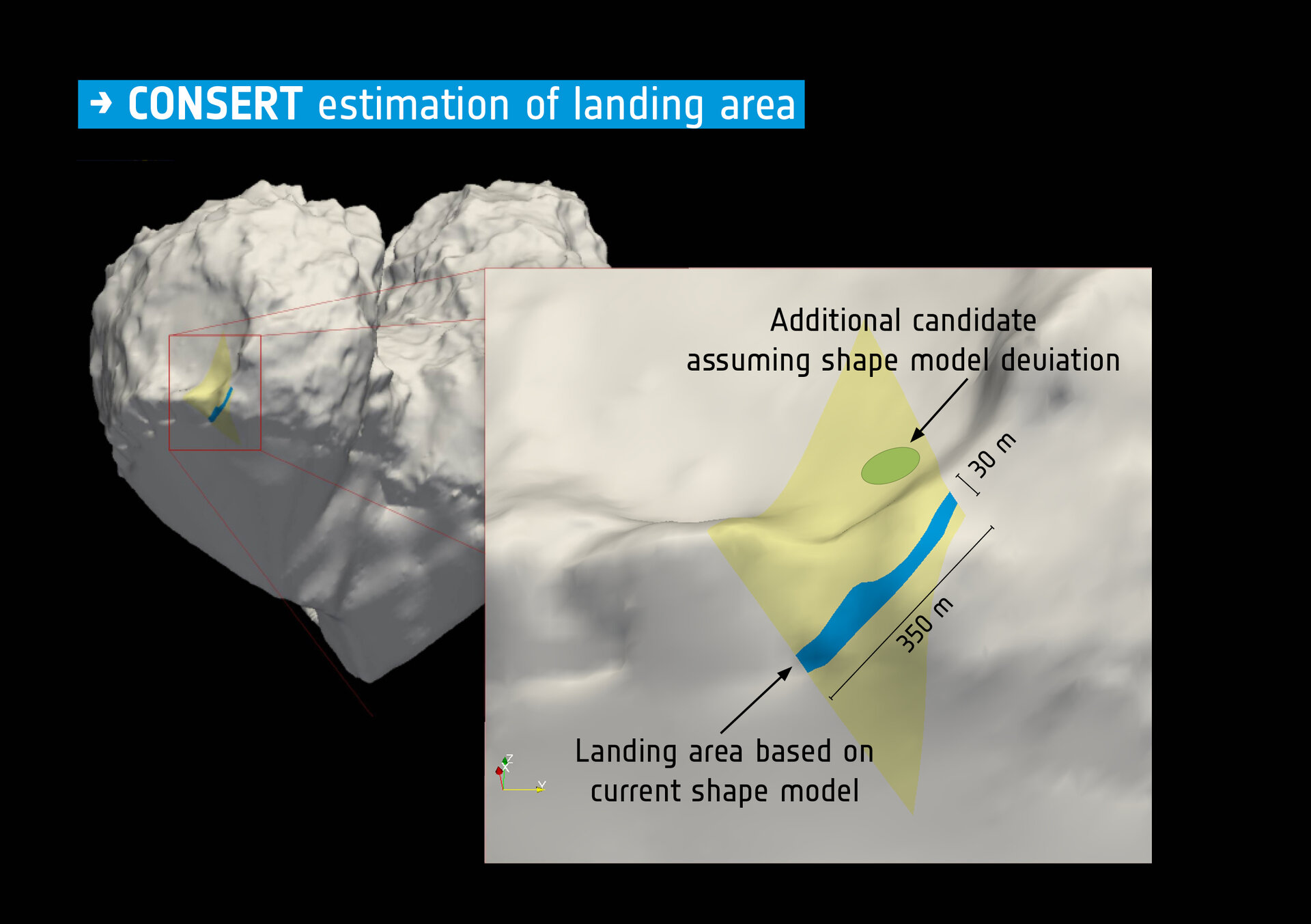 CONSERT, or the Comet Nucleus Sounding Experiment by Radio wave Transmission, was an experiment that works between the Rosetta orbiter and the Philae lander. It worked by transmitting radio signals from the orbiter to the lander, and when the geometry is right, the signals passed through the nucleus of the comet, allowing its interior to be analysed.

These signals were received on the lander, where some data was extracted, and then immediately a new signal was transmitted back to the orbiter, where the main experimental data collection occurred. As the radio waves passed through different parts of the cometary nucleus, variations in propagation time and amplitude occurred, and these can be used to determine various properties of the internal material and carry out a form of ‘tomography’.

CONSERT data were also used to pin down the location of the Philae lander on the comet's surface. Click here for more information.