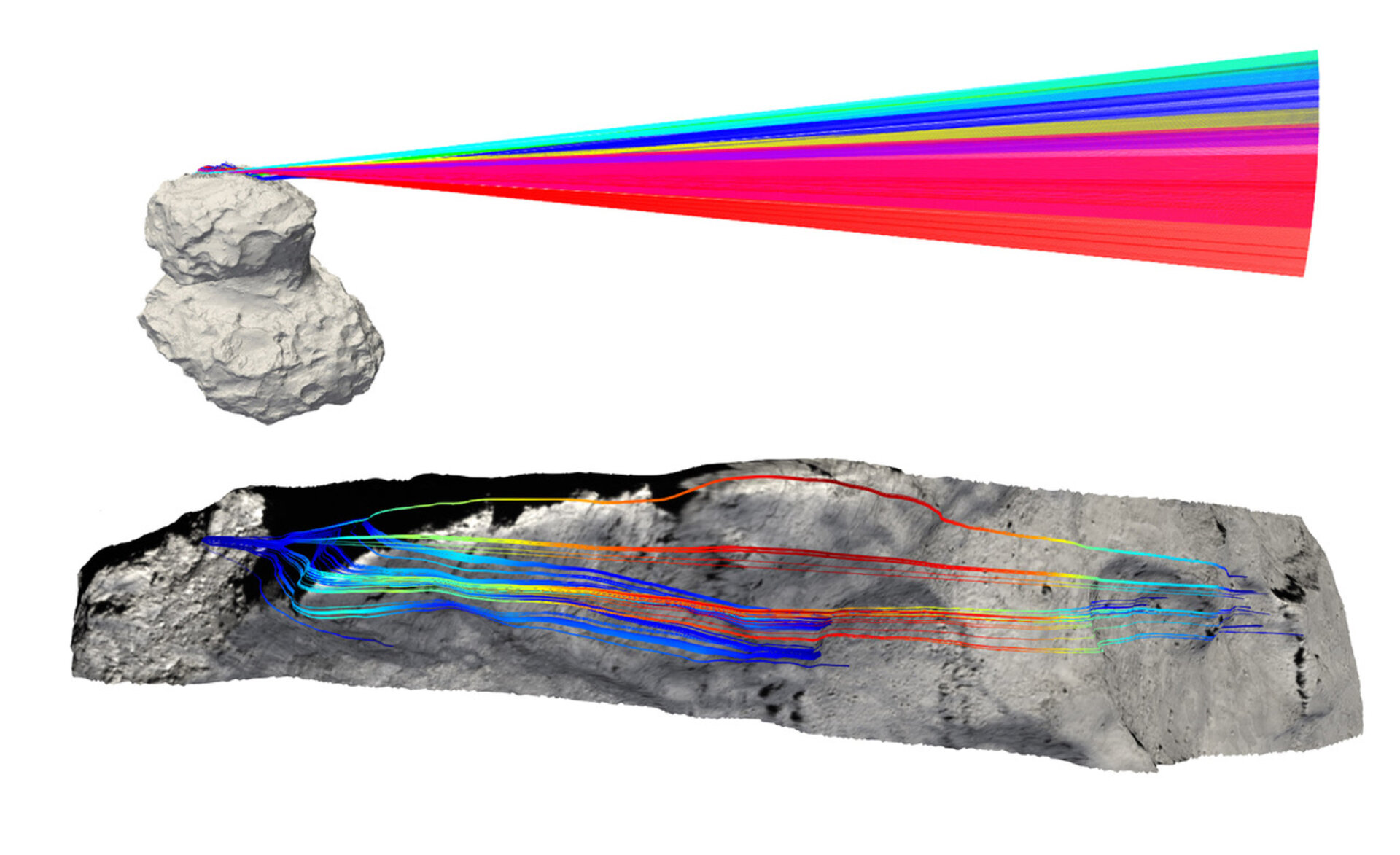 Rainbow comet with a heart of sponge

A permeable heart with a hardened facade –the resting place of Rosetta’s lander on Comet 67P/Churyumov-Gerasimenko is revealing more about the interior of the 'rubber duck' shaped-body looping around the Sun.

A recent study suggests that the comet’s interior is more porous than the material near the surface. The results confirm that solar radiation has significantly modified the comet’s surface as it travels through space between the orbits of Jupiter and Earth. Heat from the Sun triggers an ejection and subsequent falling back of material.

Location, location, location. That was key for the radar instrument on the Rosetta spacecraft and its Philae lander, which was designed to probe the comet’s nucleus. The CONSERT experiment involved two antennas sending precise signals to each other. But when Philae went missing upon landing on November 2014, scientists had to work with estimated values.

Philae operated for over two days on the surface – 63 hours, to be precise.

“We managed to define the region where the lander was with a margin of about 150 m. The real landing site was in this region,” explains Wlodek Kofman, emeritus principal investigator of CONSERT.

It took nearly two years to find out where Philae was. In September 2016 the exact position of Philae was retrieved within the area identified by CONSERT.

Precise 3D models of the comet with Philae in the picture “allowed us to revisit the measurements and improve our analysis of the interior,” says Wlodek.

The graphic shows the signal connecting the CONSERT instrument on Philae, on the surface of the comet, to the one on the Rosetta orbiter. The fan like appearance is a result of the motion of Rosetta along its orbit, with the colours marking the separate signal paths as the orbit evolves.

The image below shows the signals in more detail, propagating inside the comet from Philae to the points from where they leave the comet to the orbiter.  The curving is a result of the projection of its paths on the bumpy surface of the comet.

The bluer colour indicates more shallow paths (just a few centimetres), while the redder tones show where the signals penetrated below 100 m in depth.

The time for the signal to travel between the two radars offers insights into the comet’s nucleus, such as porosity and composition. The team discovered that rays propagated at different velocities, indicating varying densities within the comet.

The discussion is still open, but Wlodek believes that “this strongly suggeststhat the less dense interior has kept its pristine nature.” Known as the most primitive objects in our cosmic neighbourhood, comets might hold, deep inside, valuable clues about the formation of our Solar System.

More about this paper: The interior of Comet 67P/C-G; revisiting CONSERT results with the exact position of the Philae lander