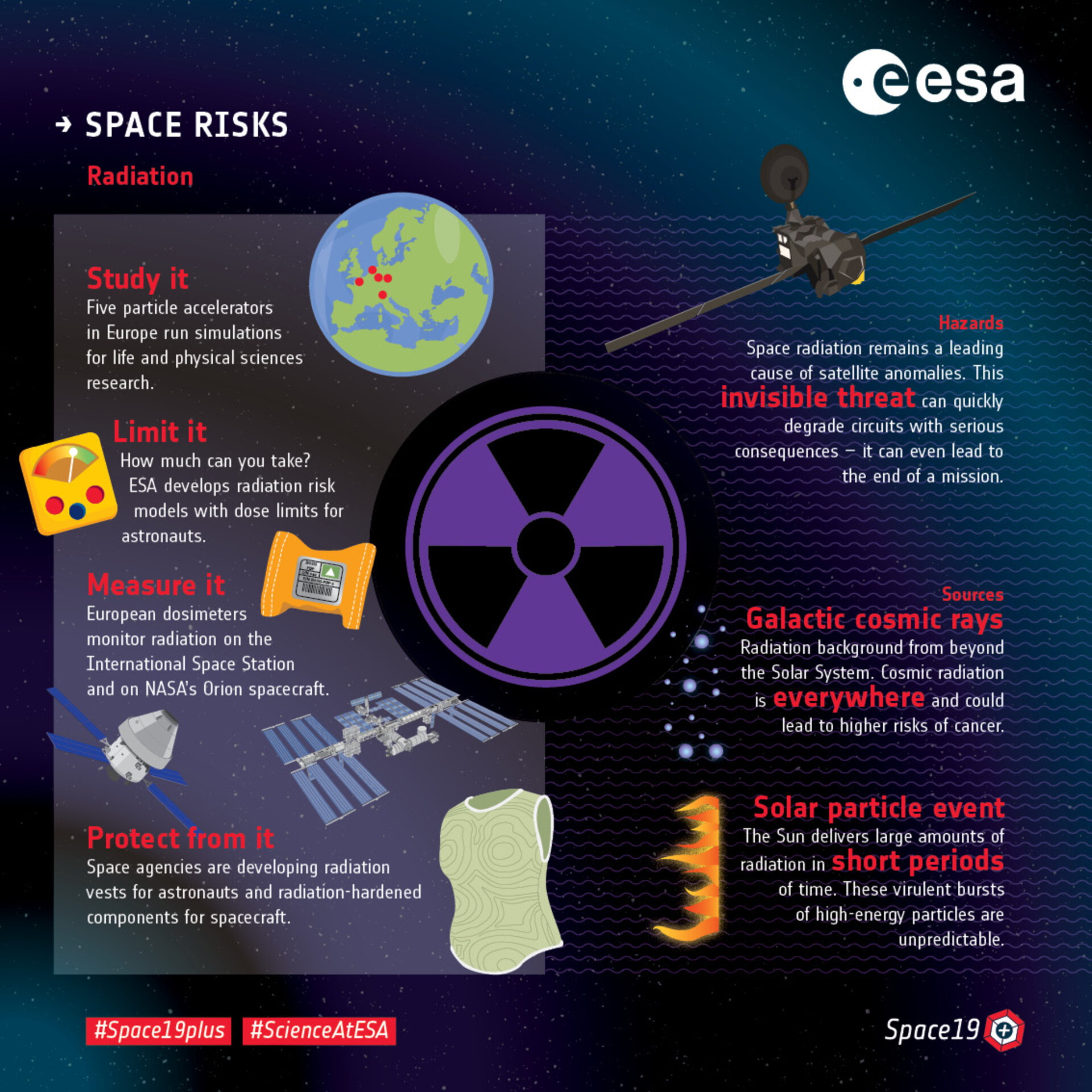 Cosmic radiation could increase cancer risks during long duration missions. Damage to the human body extends to the brain, heart and the central nervous system and sets the stage for degenerative diseases. A higher percentage of early-onset cataracts have been reported in astronauts.

Earth’s magnetic field and atmosphere protect us from the constant bombardment of galactic cosmic rays – energetic particles that travel at close to the speed of light and penetrate the human body.

A second source of space radiation comes from unpredictable solar particle events that deliver high doses of radiation in a short period of time, leading to ‘radiation sickness’ unless protective measures are taken.