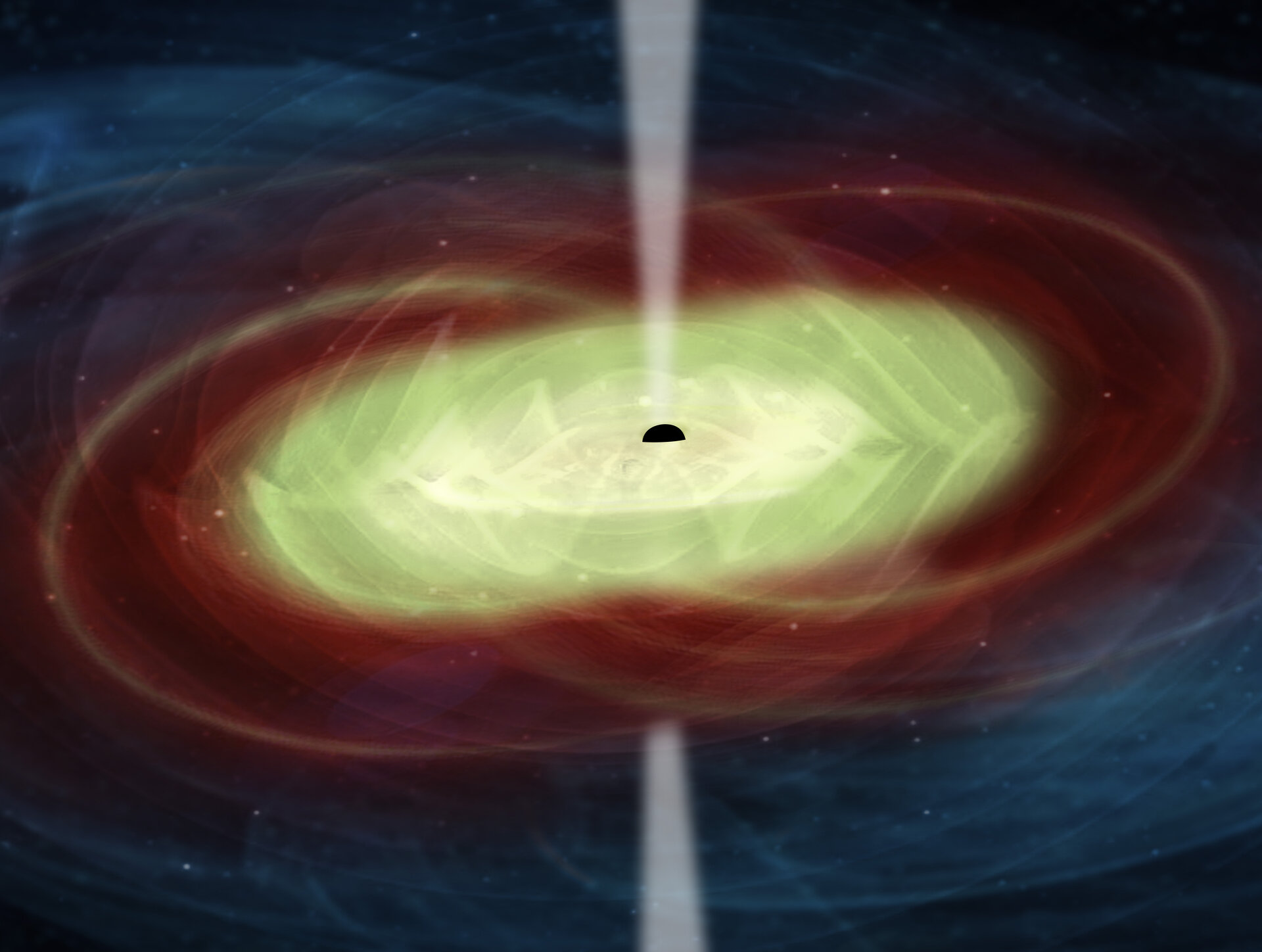 Artist's impression of the aftermath of a merger between two supermassive black holes during a galaxy collision.

Combining the observing power of two future ESA missions, Athena and LISA, would allow us to study these cosmic clashes and their mysterious aftermath for the first time.

We could see the emergence of a new X-ray source, and perhaps witness the birth of an active galactic nucleus, with jets of high-energy particles being launched at close to the speed of light above and beyond the newly formed black hole.