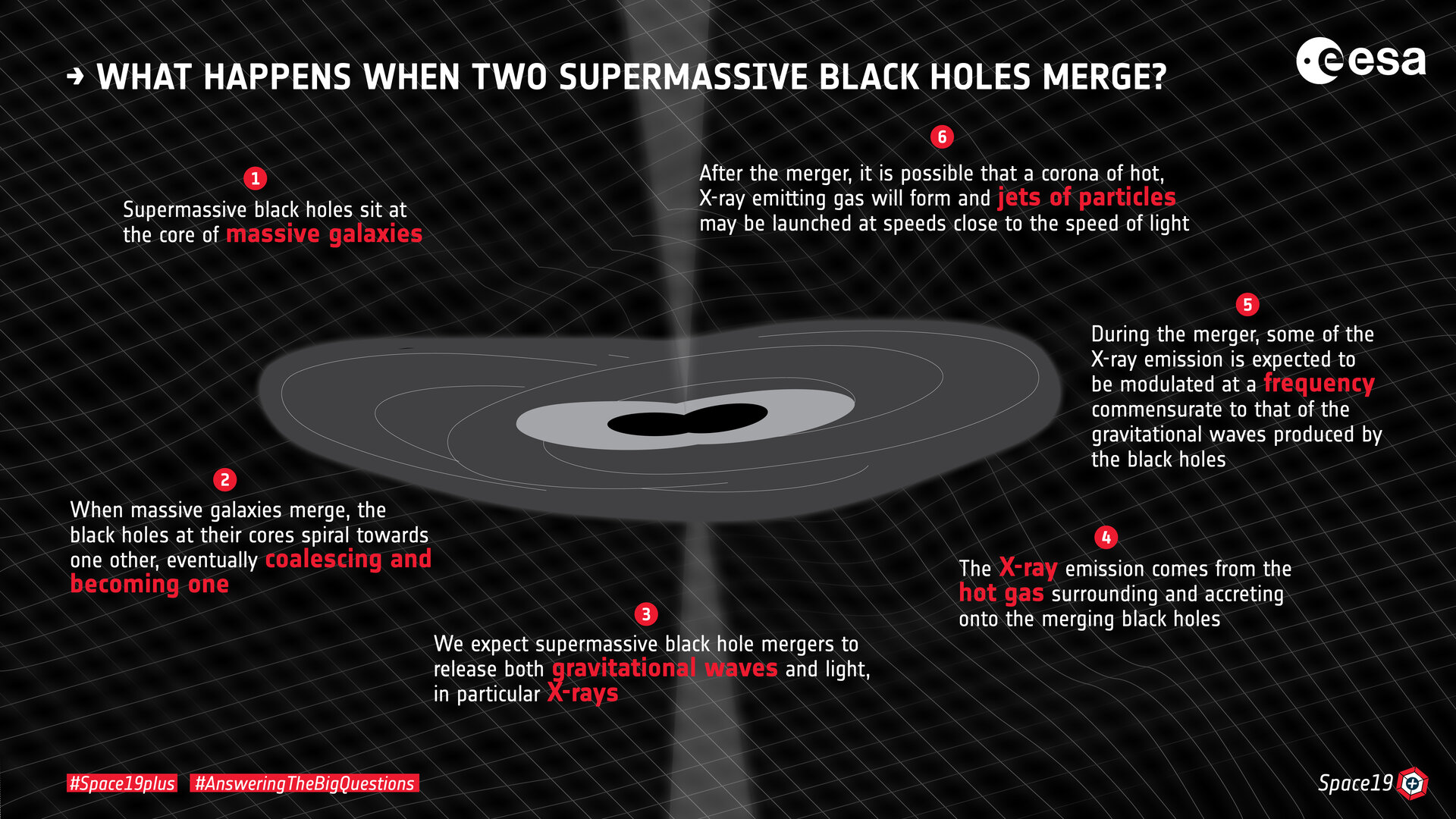 Supermassive black holes, with masses ranging from millions to billions of Suns, sit at the core of most massive galaxies across the Universe. We don’t know exactly how these huge, enormously dense objects took shape, nor what triggers a fraction of them to start devouring the surrounding matter at extremely intense rates, radiating copiously across the electromagnetic spectrum and turning their host galaxies into ‘active galactic nuclei’.

When two supermassive black holes collide during a merger of galaxies, we expect them to release gravitational waves – fluctuations in the fabric of spacetime. Simulations predict that these mergers, unlike those of their stellar-mass counterparts, emit both gravitational waves and radiation – the latter originating in the hot, interstellar gas of the two colliding galaxies stirred by the black holes pair when they fall towards one another.

We have never observed merging supermassive black holes – we do not yet have the facilities for such observations. Combining the observing power of two future ESA missions, Athena and LISA, would allow us to study these cosmic clashes and their mysterious aftermath for the first time. First, we need LISA to detect the gravitational waves and tell us where to look in the sky; then we need Athena to observe with high precision in X-rays to see how the mighty collision affects the gas surrounding the black holes.