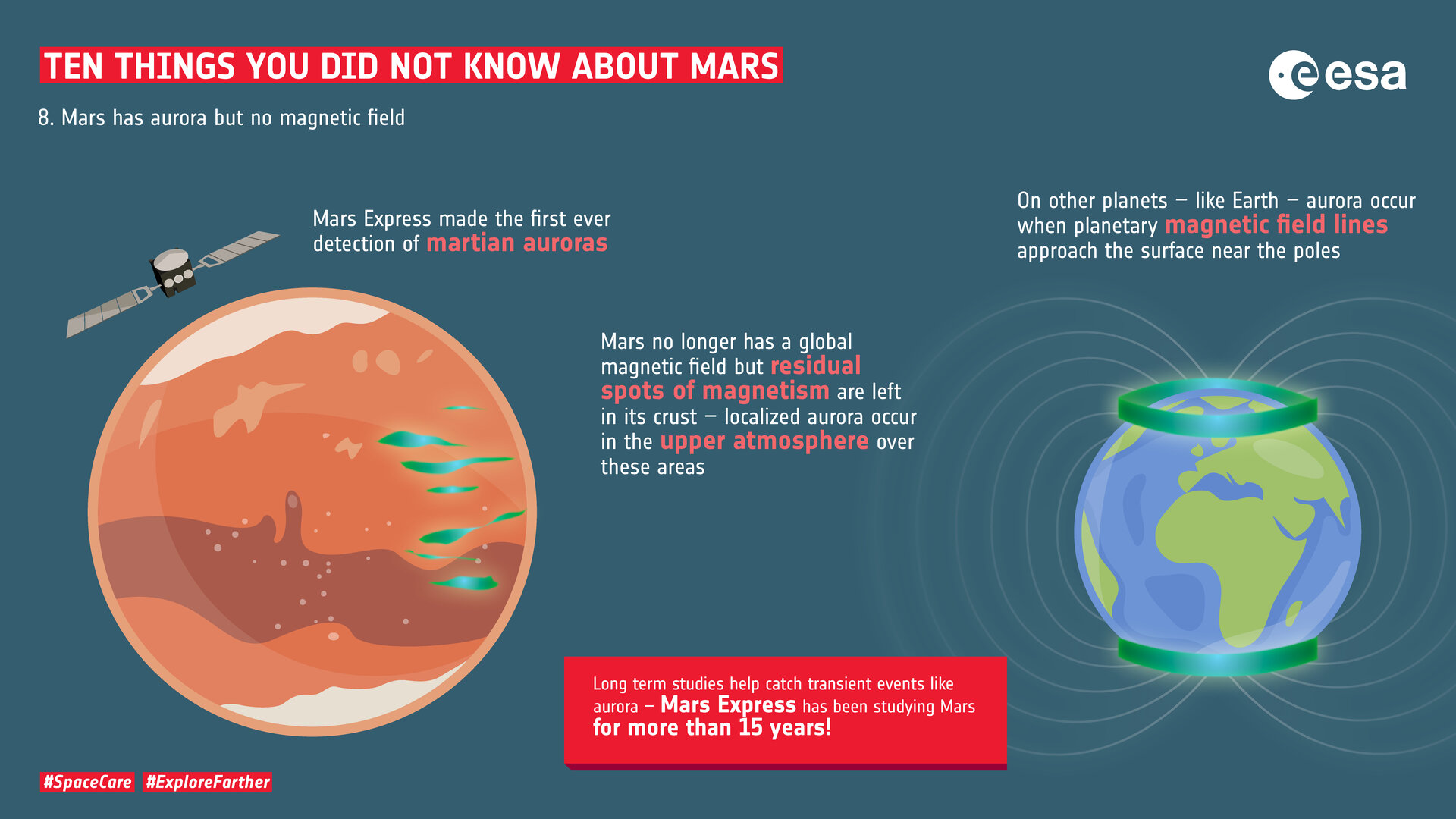 Ten things you did not know about Mars: 8. Aurora

Mars Express made the first ever detection of martian auroras in 2004, soon after the spacecraft arrived at the Red Planet.

On Earth, auroras are spectacular, colourful displays that are regularly seen in the night sky above the polar regions. On our planet, as well as on the giant planets Jupiter, Saturn, Uranus and Neptune, they occur where the planetary magnetic field lines approach the surface near the poles. The emissions of light are produced by charged particles (electrons, protons or ions) in the solar wind travelling down the field lines and colliding with gaseous molecules or atoms in the upper atmosphere. Mars no longer has have a global magnetic field but residual spots of magnetism are left in its crust, remnants of an old magnetic field. Mars Express detected localized light emissions in the upper atmosphere over these areas. Over the 15 years of the mission, Mars Express has been providing more and more details of the auroras at Mars, which seem to be unique in the Solar System.