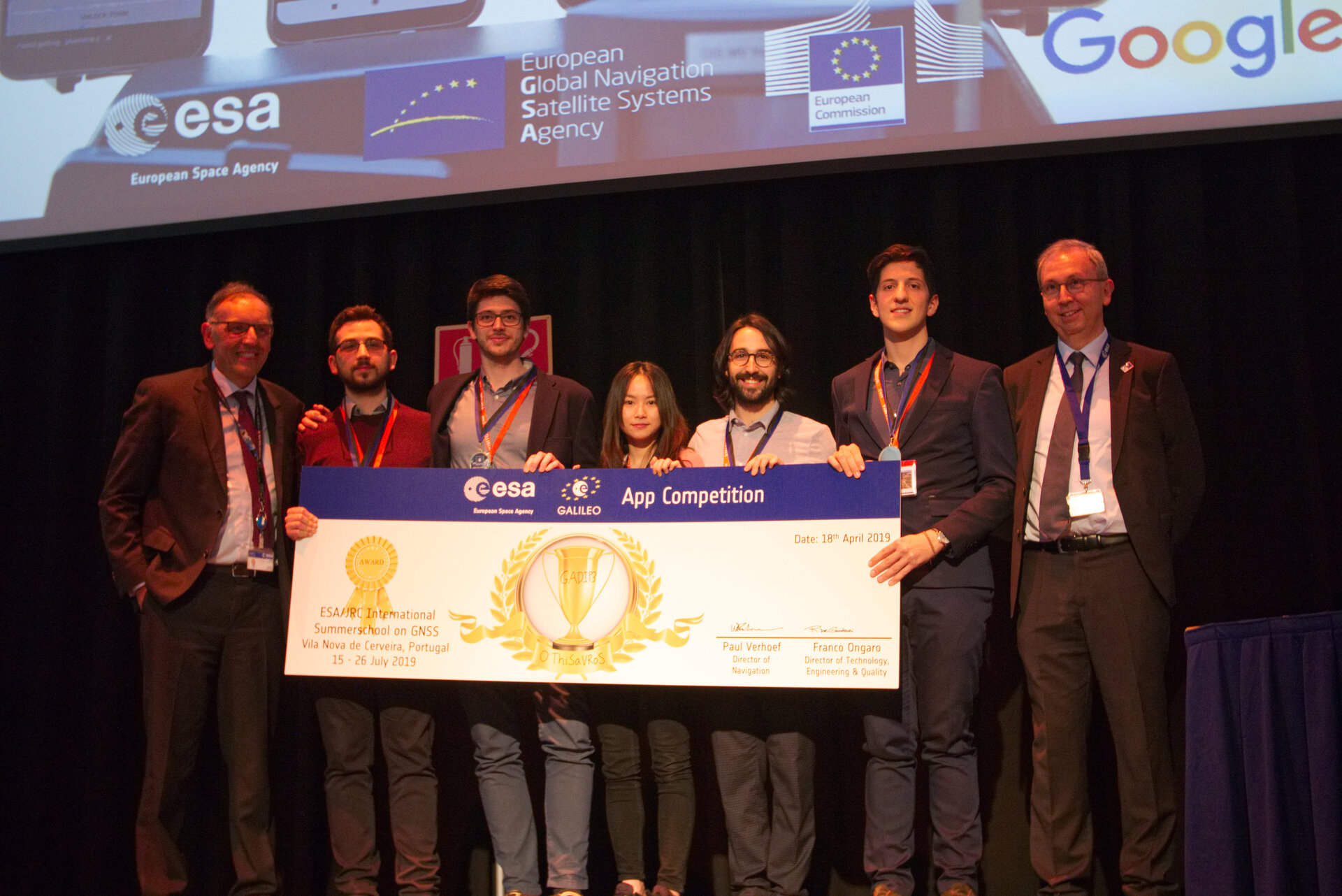 Europe’s students and young researchers were challenged to design a smartphone app to take advantage of Galileo’s dual-frequency signal. Run by ESA in collaboration with the European Global Navigation Satellite Systems Agency – GSA – plus the European Commission with the support of Google, a total of five teams made it to the final, which took place at ESA’s ESTEC technical heart in the Netherlands.

The app allows users to perform reliable positioning fixes in real time – selecting which constellations to employ and a choice of single or dual frequency signals – while advanced users can modify the way the positioning is performed, and log all available data for follow-up analysis.