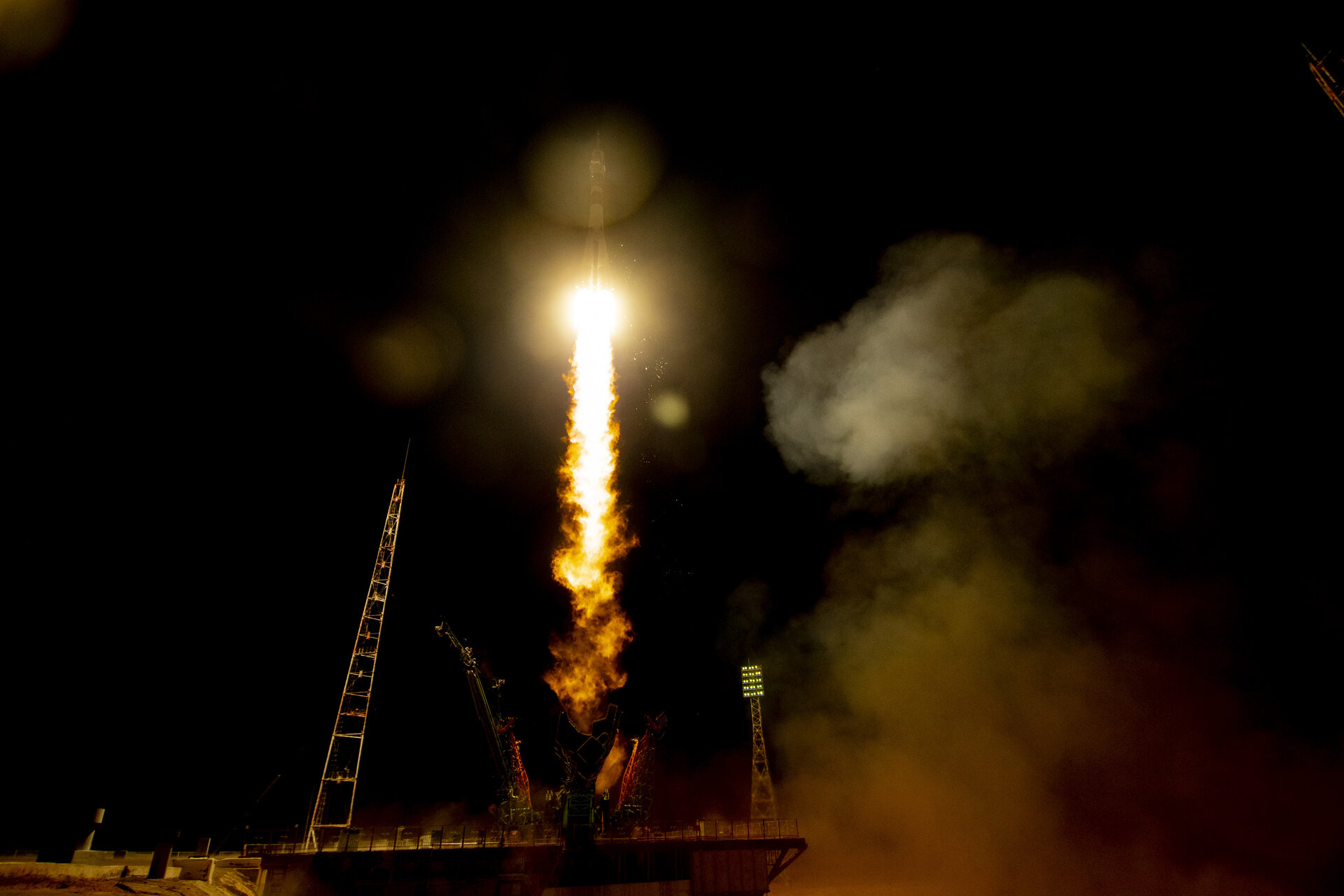 There is no asking for a better launch date. ESA astronaut Luca Parmitano and fellow Expedition 60/61 crew NASA astronaut Drew Morgan and cosmonaut Alexander Skvortsov lifted off to the International Space Station on 20 July, the 50th anniversary of the historic Apollo 11 Moon landing.

While others were attending anniversary events or pouring through memorabilia, Luca was strapped in the most reliable spacecraft to ferry humans back and forth to space.

The Soyuz MS-13 lifted off from Baikonur cosmodrome in Kazakhstan at 18:28 CEST. After orbiting Earth four times in a span of six hours, the Soyuz docked to the Russian Zvezda module at 00:48 CEST on 21 July. After leak checks, the hatch opened at 3:04 CEST.

Luca is no stranger to spaceflight. His first mission to the International Space Station was in 2013 for the Volare mission. In mission Beyond, Luca will stay another six months and conduct a range of science experiments, extravehicular activities or spacewalks, technology demonstrations and education outreach activities.

In an exciting first for Luca, he will take over command of the Station during Expedition 61 when current Station commander cosmonaut Alexei Ovchinin returns to Earth. This is the third time a European astronaut will assume the role, after ESA astronauts Frank de Winne of Belgium and Alexander Gerst of Germany.

The Moon is still very much the focus of space activities and Luca will work on experiments designed to aid the future of space exploration.

These experiments include BioRock, which aims to understand whether microbes used to ‘biomine’ on Earth could also work on other planetary bodies, and to examine how communities of microorganisms grow on rocks in space.

Luca will test and operate ESA’s Life Support Rack, designed to recycle carbon dioxide into breathable oxygen as part of ESA’s goal to enable astronauts to live independently from Earth on a sustainable basis. He will also drive a rover on Earth from the International Space Station testing remote operations that could be applied on the Moon.

Results from these experiments will support ESA’s contribution to the lunar Gateway and the Heracles mission to the Moon in ongoing work with international partners.

In addition to the science he will carry out onboard, Luca has also been preparing to step out into space, working with teams on the ground to develop new procedures and tools to repair the Alpha Magnetic Spectrometer (AMS-02).

Installed outside the Space Station in 2011, AMS-02 is a particle physics detector collecting cosmic rays to help scientists understand dark matter. It was initially only meant to operate in space for three years, but it was so successful in its mission that its life has been extended. To enable this to happen, three of its four cooling pumps require repair in a challenging spacewalk.

Follow #MissionBeyond on social media, the blog, and on the newly launched podcast ESA Explores for exciting updates over the next six months.