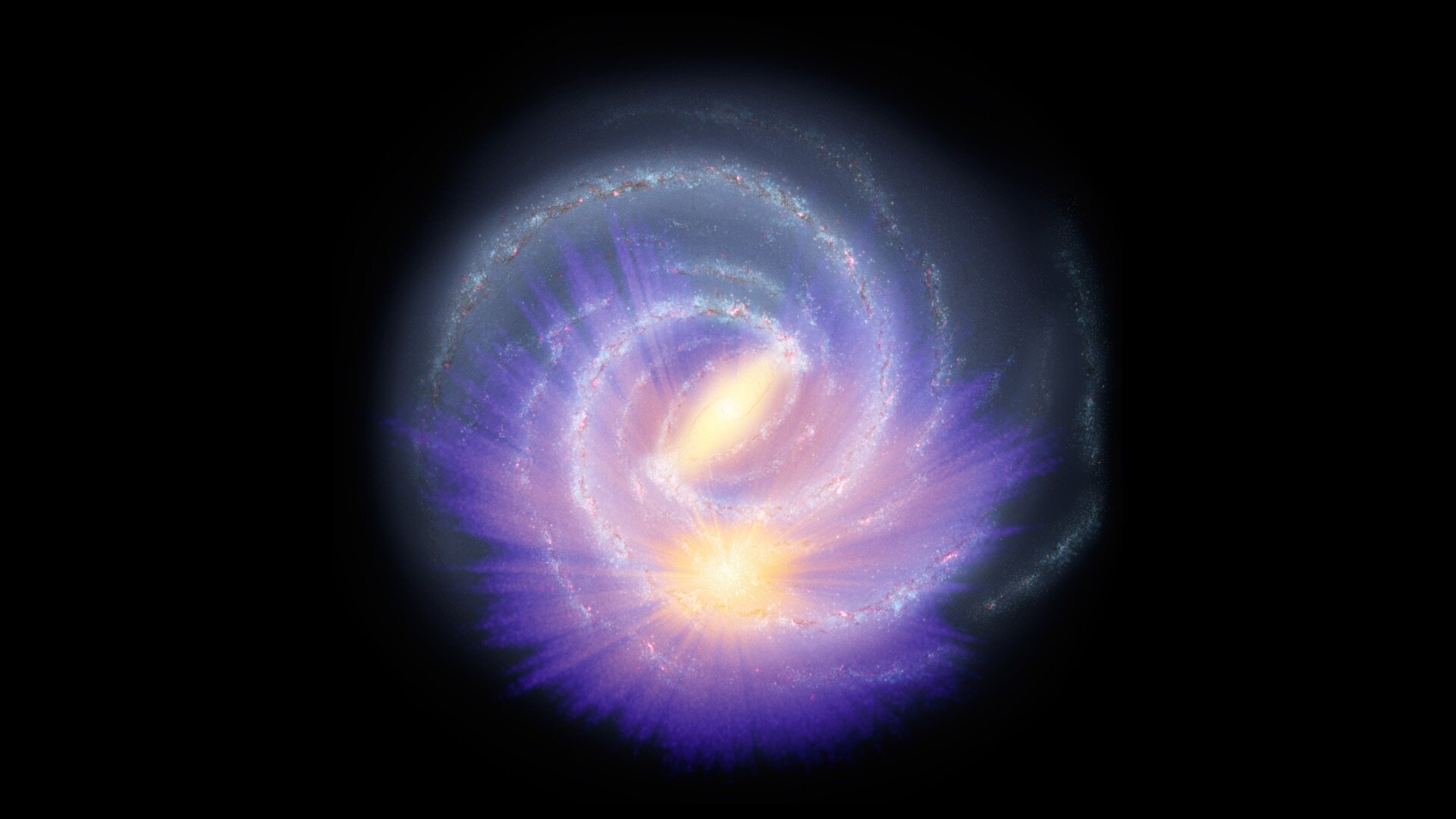 This colour chart shows the distribution of 150 million stars in the Milky Way probed using data from the second release of ESA’s Gaia mission in combination with infrared and optical surveys, with orange/yellow hues indicating a greater density of stars. Most of these stars are red giants. The distribution is superimposed on an artistic top view of our galaxy.

While the majority of charted stars are located closer to the Sun (the larger orange/yellow blob in the lower part of the image), a large and elongated feature populated by many stars is also visible in the central region of the galaxy: this is the first geometric indication of the galactic bar.

The distances to the stars shown in this chart, along with their surface temperature and extinction – a measure of how much dust there is between us and the stars – were estimated using the StarHorse computer code.