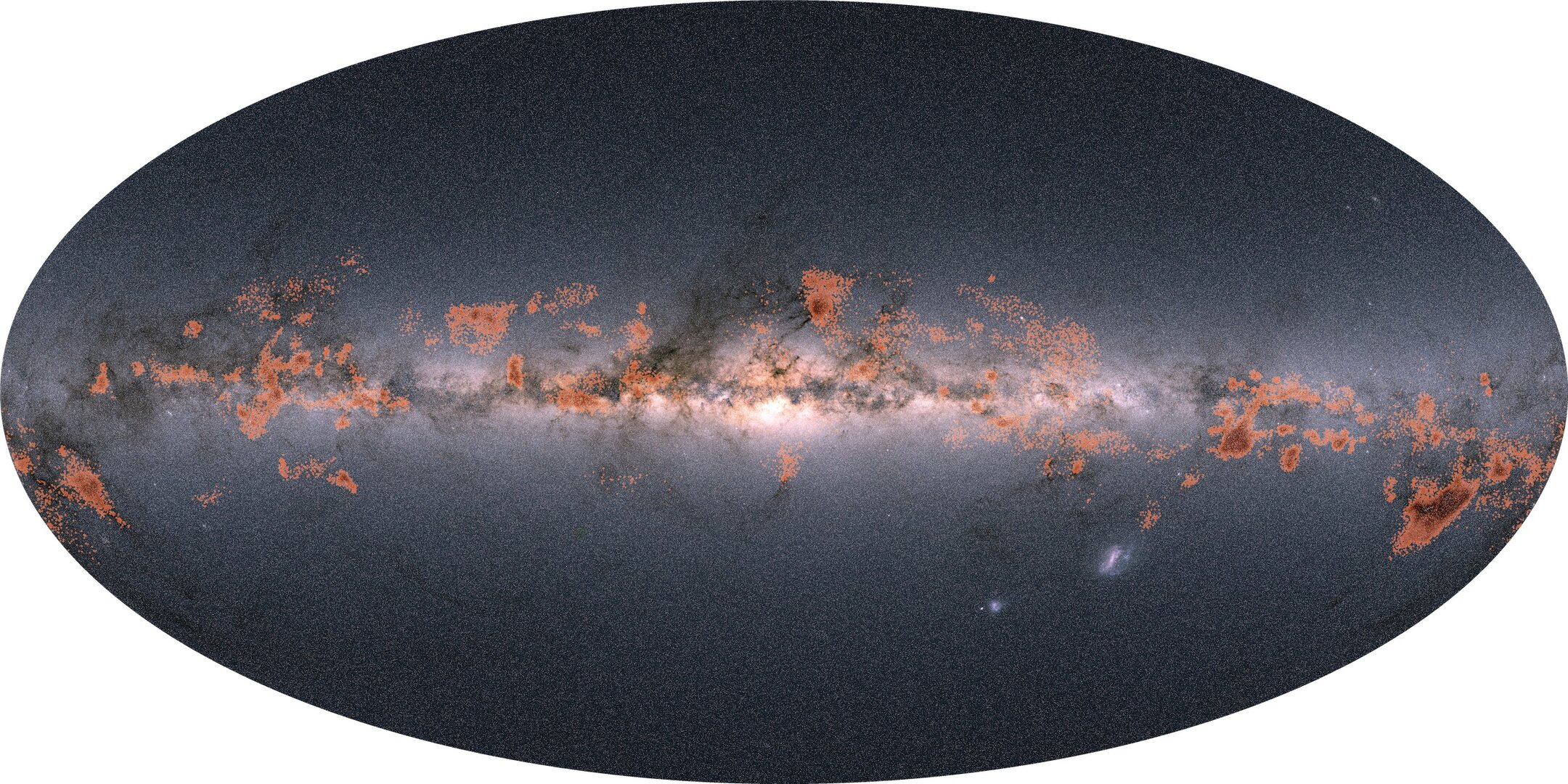 This image shows a view of stellar ‘families’ – clusters and co-moving groups of stars in the Milky Way – identified using data from the second data release of ESA’s Gaia mission. Families younger than 30 million years are highlighted in orange, on top of an all-sky view based on Gaia observations.

A recent study using data from Gaia’s second data release uncovered nearly 2000 previously unidentified clusters and co-moving groups of stars and determined the ages for hundreds of thousands of stars, making it possible to track stellar ‘siblings’ and uncover their surprising arrangements. The study revealed that the most massive among these familial groups of stars may keep moving together through the galaxy in long, string-like configurations for billions of years after their birth.