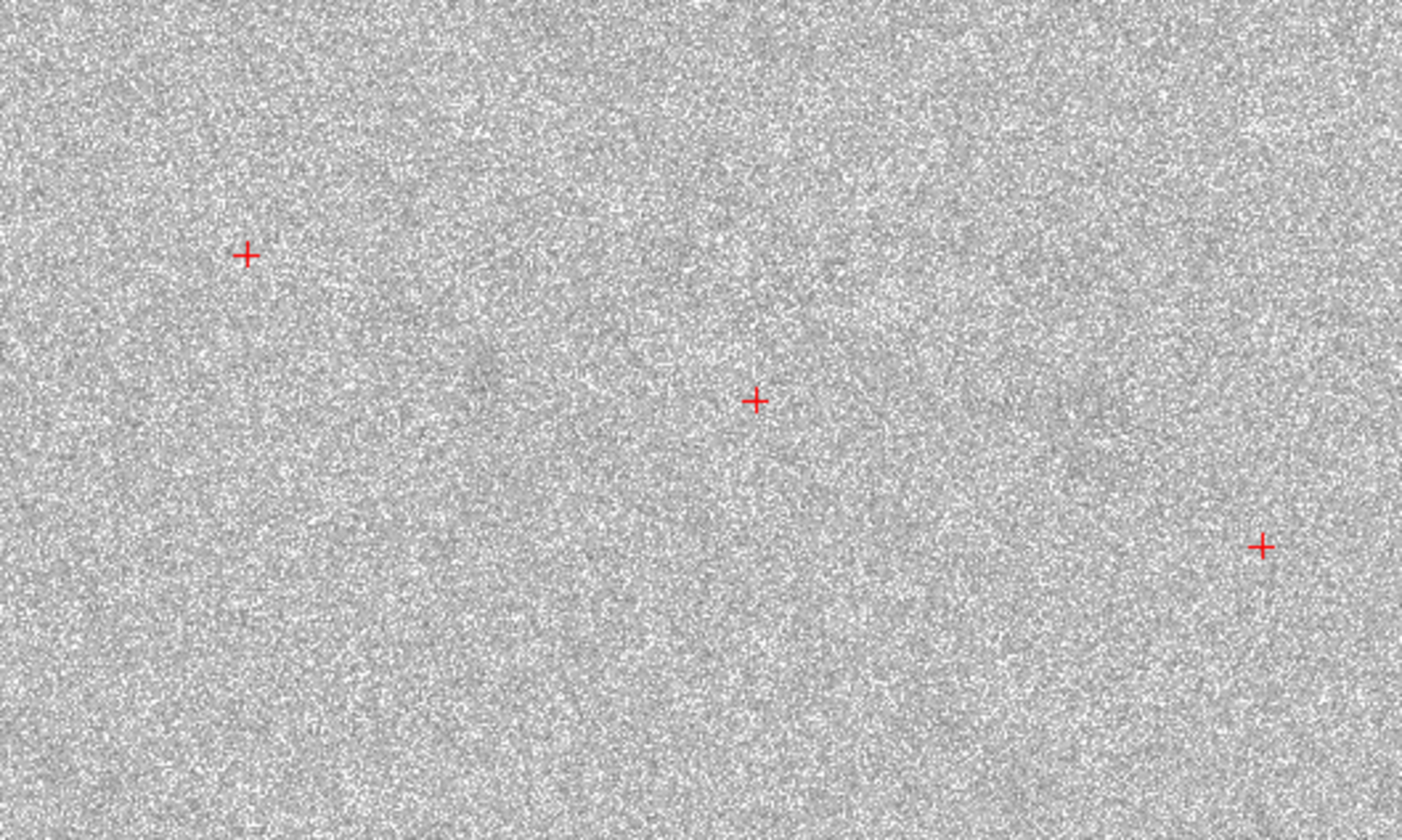 Image of the region of the sky where asteroid 2006 QV89 would have been seen, only if on a collision course with Earth in 2019. The image was taken with the European Southern Observatory’s Very Large Telescope (VLT).

The segment shown by the three red crosses in this image shows where the asteroid would have appeared had it been on a collision course. The image has been processed to remove background star contamination, so the object would have appeared as a single bright round source inside the segment.

Even if the asteroid were smaller than expected, at only a few metres across, it would have been seen in the image. Any smaller than this and the VLT could not have spotted it, but it would also be considered harmless as anything this size would burn up in Earth’s atmosphere.