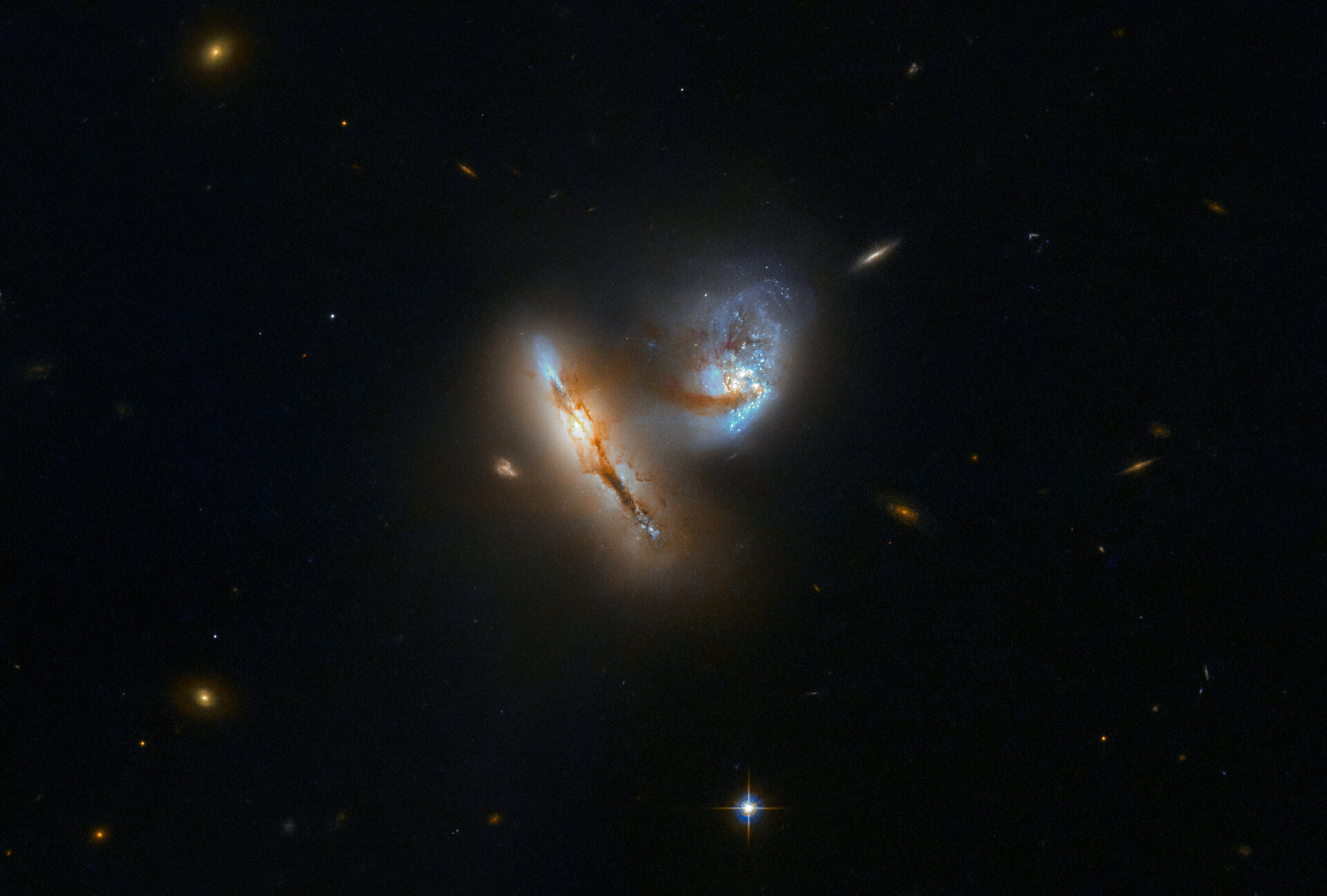 The pair of strange, luminescent creatures at play in this image are actually galaxies — realms of millions upon millions of stars.

This galactic duo is known as UGC 2369. The galaxies are interacting, meaning that their mutual gravitational attraction is pulling them closer and closer together and distorting their shapes in the process. A tenuous bridge of gas, dust, and stars can be seen connecting the two galaxies,, during which they pulled material out into space across the diminishing divide between them.

Interaction with others is a common event in the history of most galaxies. For larger galaxies like the Milky Way, the majority of these interactions involve significantly smaller so-called dwarf galaxies. But every few aeons, a more momentous event can occur. For our home galaxy, the next big event will take place in about four billion years, when it will collide with its bigger neighbour, the Andromeda Galaxy. Over time, the two galaxies will likely merge into one — already nicknamed Milkomeda.