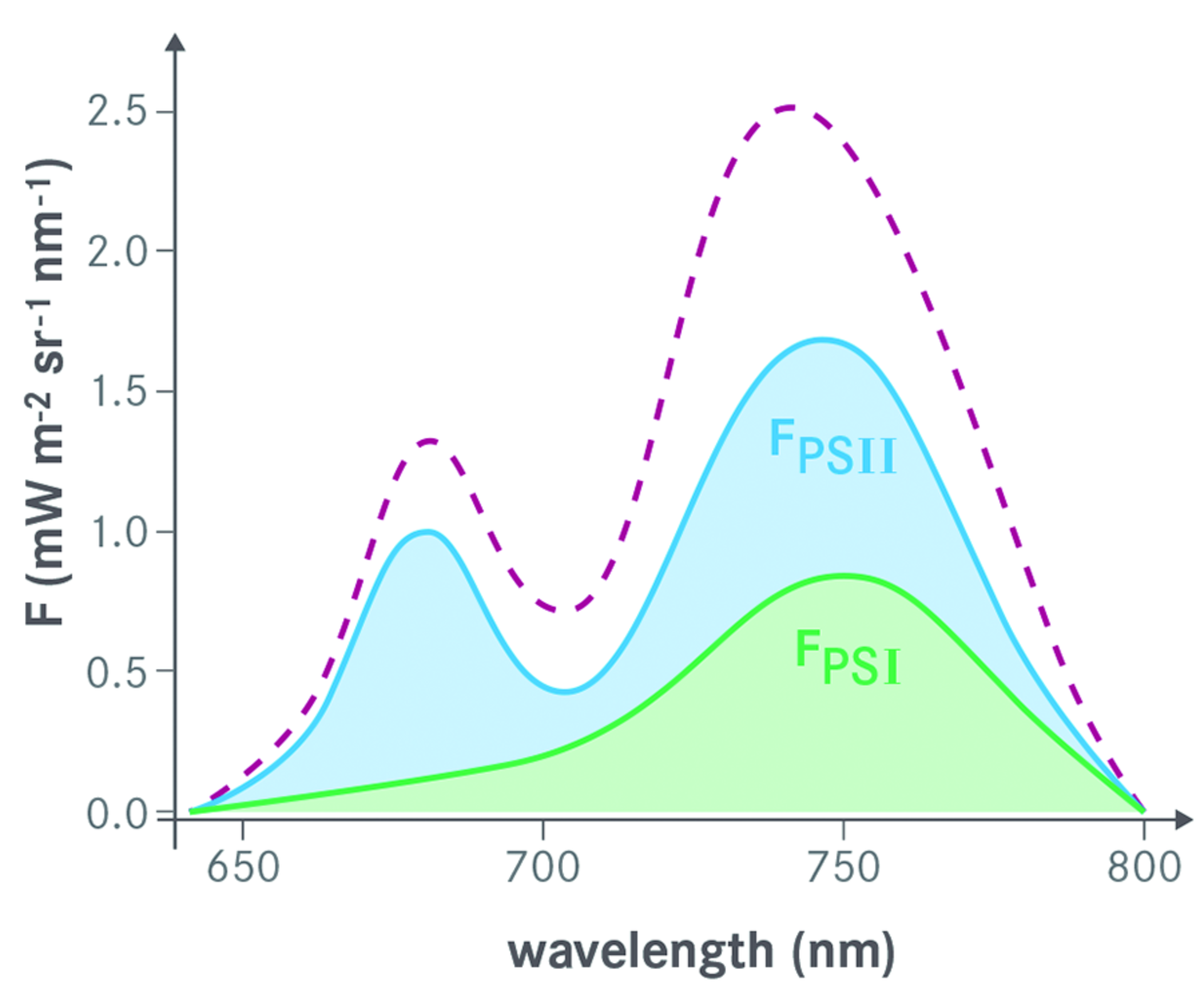 When plants convert atmospheric carbon dioxide and sunlight into energy-rich carbohydrates through the process of photosynthesis, not all of the energy produced during this ‘light reaction’ can be consumed. Plants have evolved a mechanism to rid themselves of this extra energy by emitting fluorescence, which is light at a longer wavelength than that absorbed. In optimal conditions, plants use about 82% of the light they absorb for growth, with the remainder lost as heat and emitted as fluorescence.

The emission of chlorophyll fluorescence emanates from two photosystems involved in the light reaction: PS II and PS I. Chlorophyll fluorescence produced from the initial reactions in PS II occurs at wavelengths between 650–780 nm with a peak at around 685 nm. In the case of PS I, fluorescence occurs almost exclusively in the far-red/near-infrared spectrum (>700 nm, with a peak at about 740 nm). The full chlorophyll emission spectrum covers a wavelength range in the visible to near-infrared spectrum of 640–800 nm. Both photosystems operate in a reaction chain and are commonly measured as a two-peak signal.