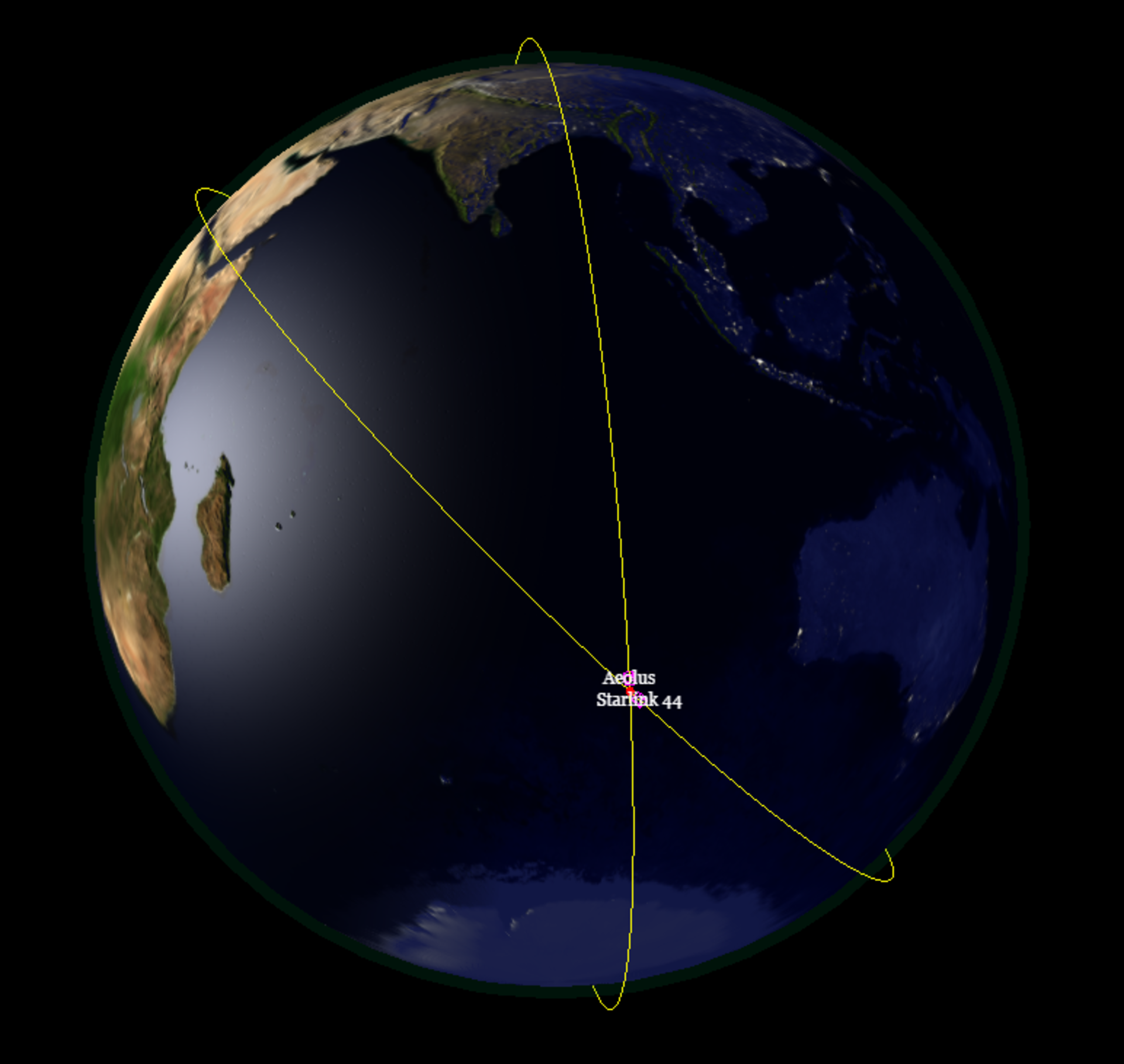 Predicted near miss between Aeolus and Starlink 44

In September 2019, ESA performed a 'collision avoidance manoeuvre' to protect one of its spacecraft from colliding with a satellite in a large constellation.

The Agency's Aeolus Earth observation satellite fired its thrusters, moving it off a potential collision course with a SpaceX satellite in the Starlink constellation.

Constellations are fleets of hundreds up to thousands of spacecraft working together in orbit. They are expected to become a defining part of Earth’s space environment in the next few years.

As the number of satellites in space dramatically increases, close approaches between two operated spacecraft will occur more frequently. Compared with such 'conjunctions' with space debris – non-functional objects including dead satellites and fragments from past collisions – these require coordination efforts, to avoid conflicting actions.

Today, the avoidance process between two operational satellites is largely manual and ad hoc – and will no longer be practical as the number of alerts rises with the increase in spaceflight.

“This example shows that in the absence of traffic rules and communication protocols, collision avoidance depends entirely on the pragmatism of the operators involved,” explains Holger Krag, Head of Space Safety at ESA.

“Today, this negotiation is done through exchanging emails - an archaic process that is no longer viable as increasing numbers of satellites in space mean more space traffic.”

ESA is proposing an automated risk estimation and mitigation initiative as part of its space safety activities. This will provide and demonstrate the types of technology needed to automate the collision avoidance process, allowing machine generated, coordinated and conflict-free manoeuvre decisions to speed up the entire process – something desperately needed to protect vital space infrastructure in the years to come.