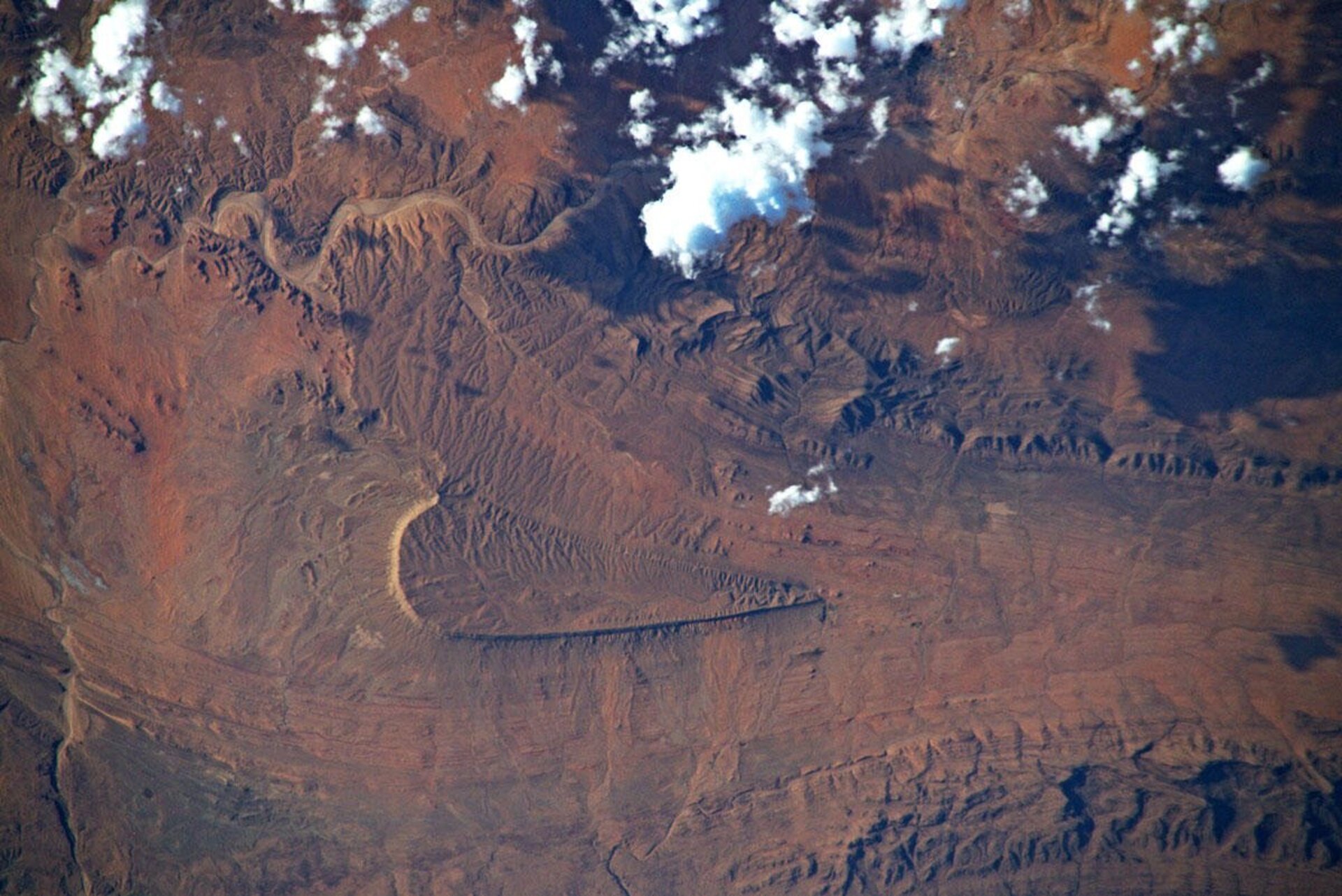 ESA astronaut Luca Parmitano captured this image of Africa from the International Space Station and shared it on his social media channels saying: "The skin of Earth – Africa: Sculptures of desert winds."