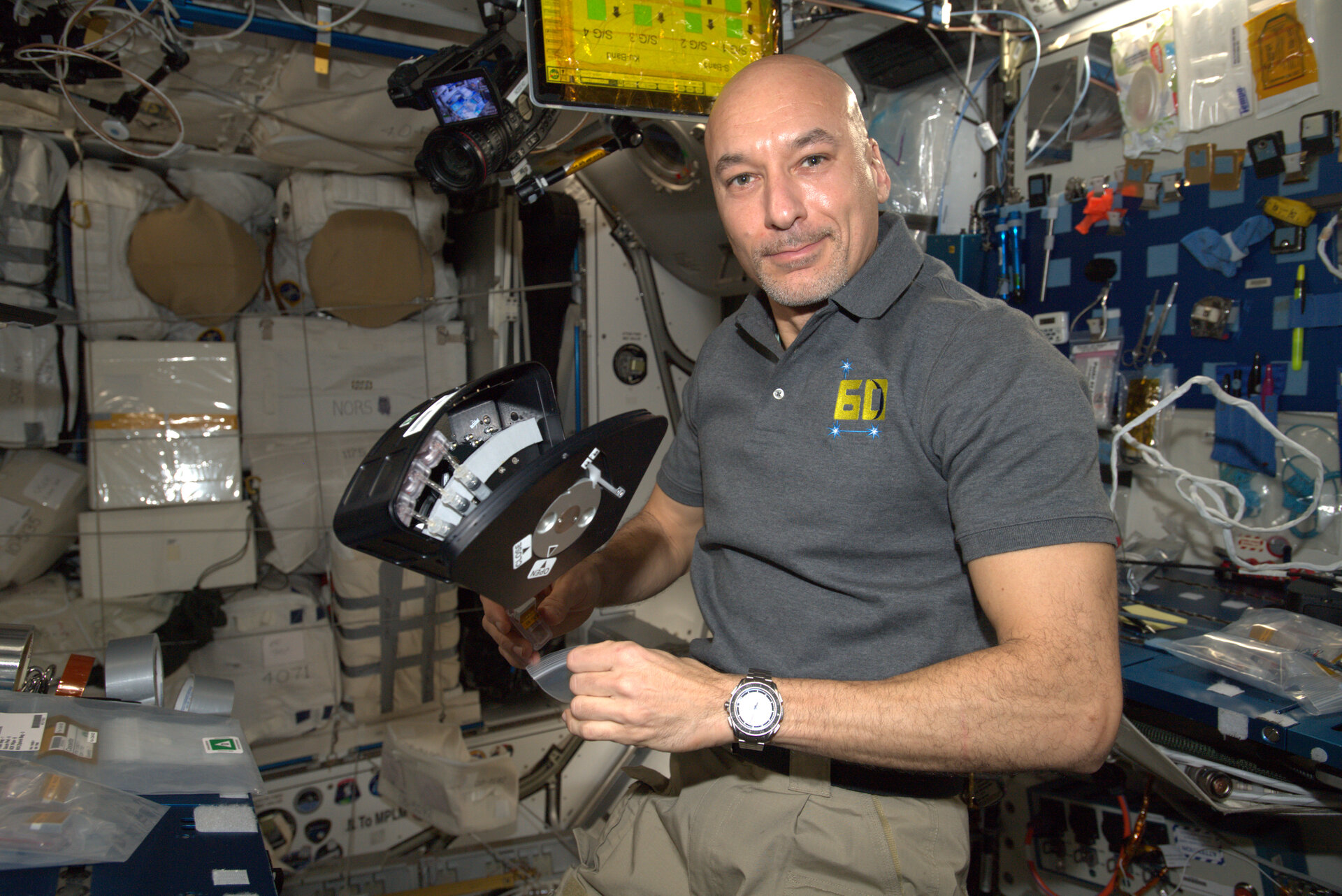 ESA astronaut Luca Parmitano conducts science on board the International Space Station. He shared this image with the caption: A small experiment, but of great interest – MVP studies bacteria in orbit, and measures their growth on different media.