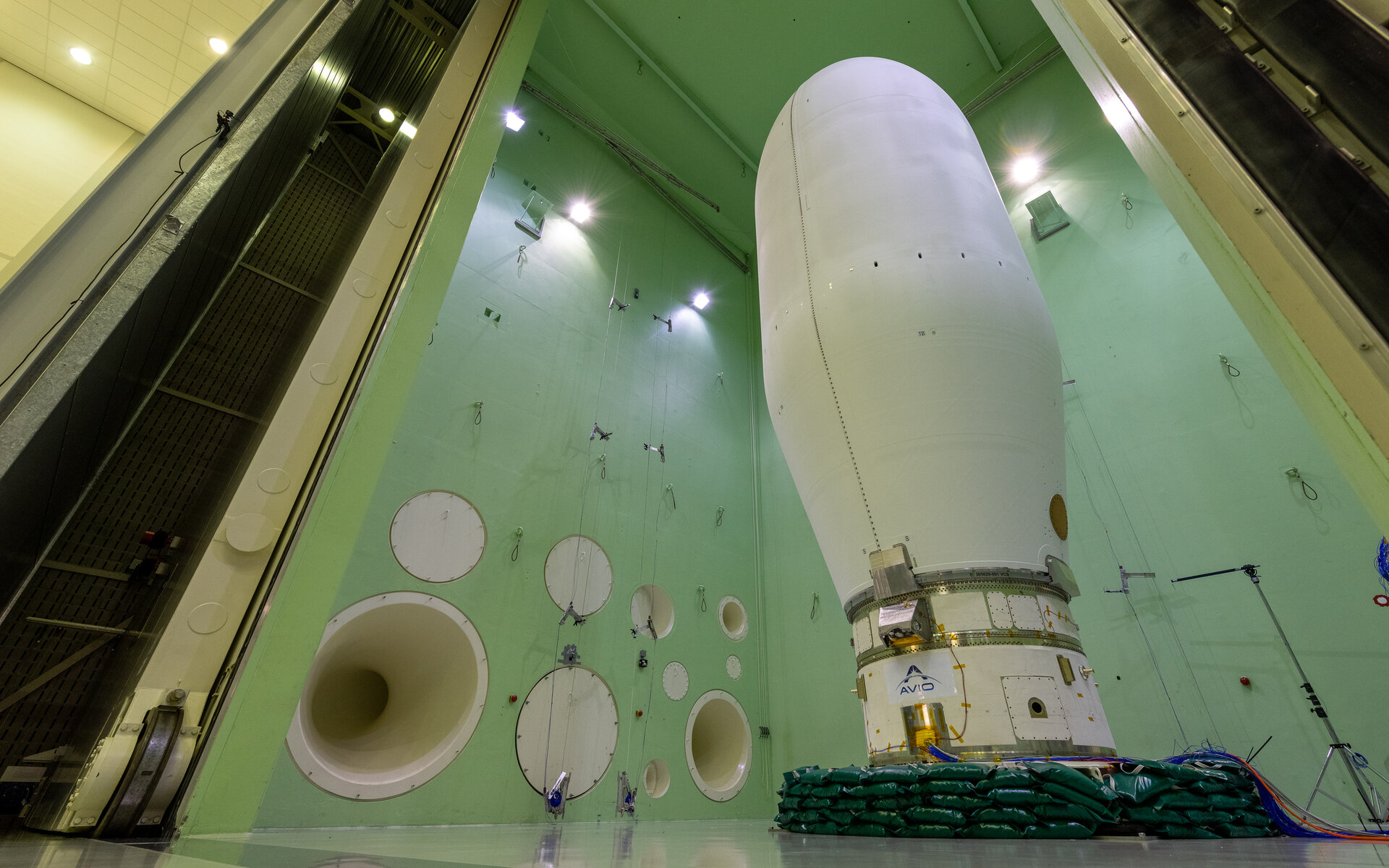 The 10-m high fairing of Europe’s inaugural Vega-C launcher atop a structural model of its upper stage, being prepared for acoustic testing within ESA’s Large European Acoustic Facility (LEAF) – which is able to simulate the extreme noise of a rocket take-off.

Vega-C, due for its first flight next year, is a more powerful version of the current Vega launcher aimed at the thriving small satellite market. Three of its four stages will use solid-propellant motors while its AVUM+ fourth stage – the model of which is seen here attached to the fairing – employs liquid propellant, making it reignitable.

The two halves of the fairing weigh in at 450 kg each, made of carbon fibre sandwich panels filled with aluminium honeycomb. They have the vital function of safeguarding launcher payloads during the early part of the launch, not just from atmospheric turbulence but also the high noise levels of the crucial first few seconds after take-off, when sound waves bounce off the ground towards the fairing.

One wall of the LEAF chamber – which stands 11 m wide by 9 m deep and 16.4 m high – incorporates a set of enormous sound horns. Nitrogen shot through the horns can produce a range of noise up to more than 154 decibels, like standing close to multiple jets taking off. LEAF is part of ESA’s ESTEC Test Centre in Noordwijk, the Netherlands.

Two sets of test campaigns allow engineers to collect data on the sound levels the upper stage and payload adapter will experience, once with the fairing and once without. Microphones have been placed around and inside the fairing for these qualification-level tests.

The fairing will then return to its manufacturer, Ruag Space in Switzerland, where engineers will carry out the remaining qualification tests on this flight hardware, then fit the pyrotechnic cords that will separate the fairing once Vega-C leaves the atmosphere.