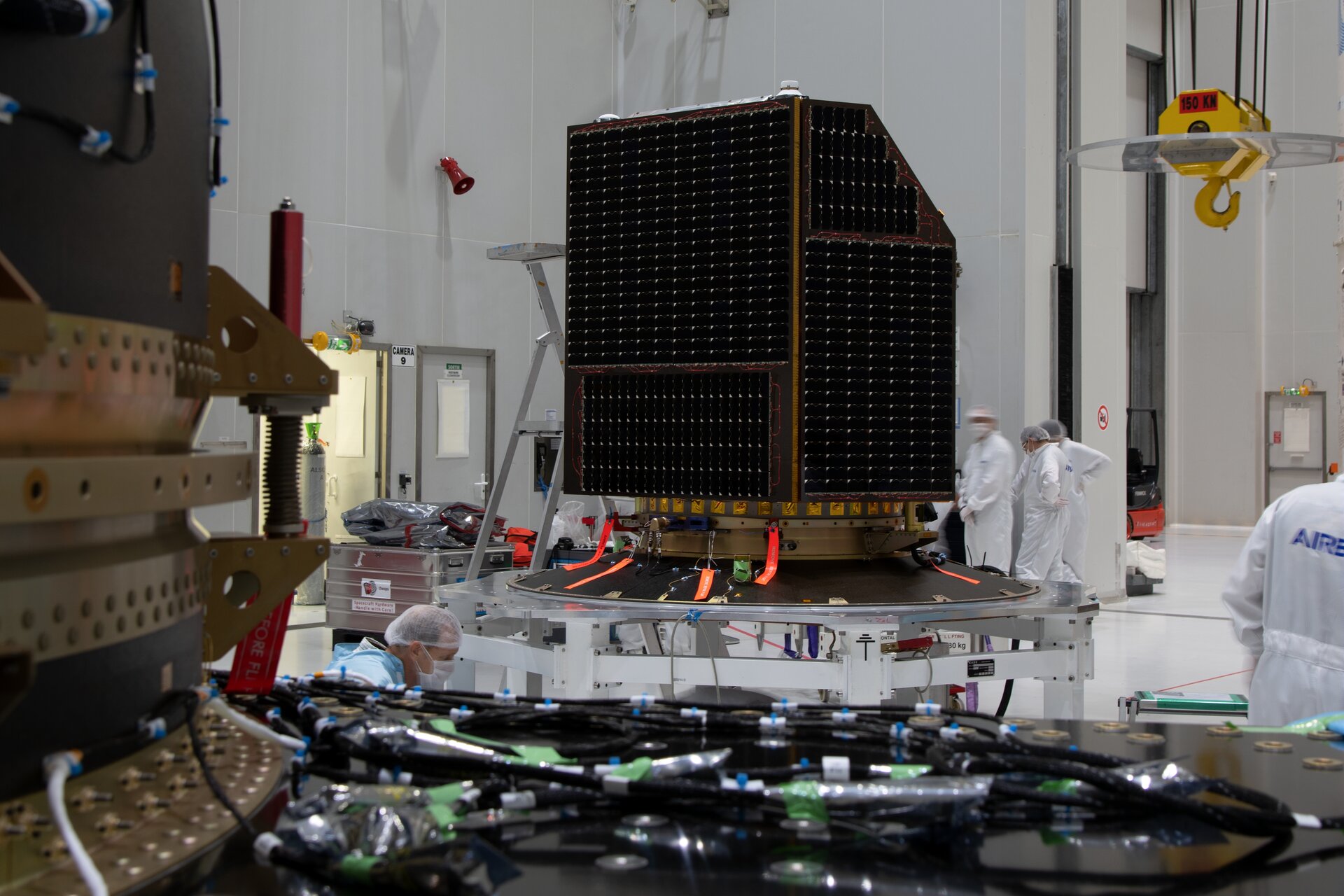 The Cheops satellite (visible in the background) installed on the flight adapter ring that will serve as interface with the launcher vehicle at Europe’s Spaceport in Kourou, French Guiana. The photo was taken on 28 November, prior to the encapsulation the satellite into the the Souyuz Arianespace System for Auxiliary Payloads (ASAP-S, visible in the foreground), which is used to integrate the main passenger, Cheops and the Cubesats into the launcher.Scheduled for launch on 17 December, Cheops is ESA’s first mission dedicated to the study of extrasolar planets, or exoplanets. It will observe bright stars that are already known to host planets, measuring minuscule brightness changes due to the planet’s transit across the star’s disc.