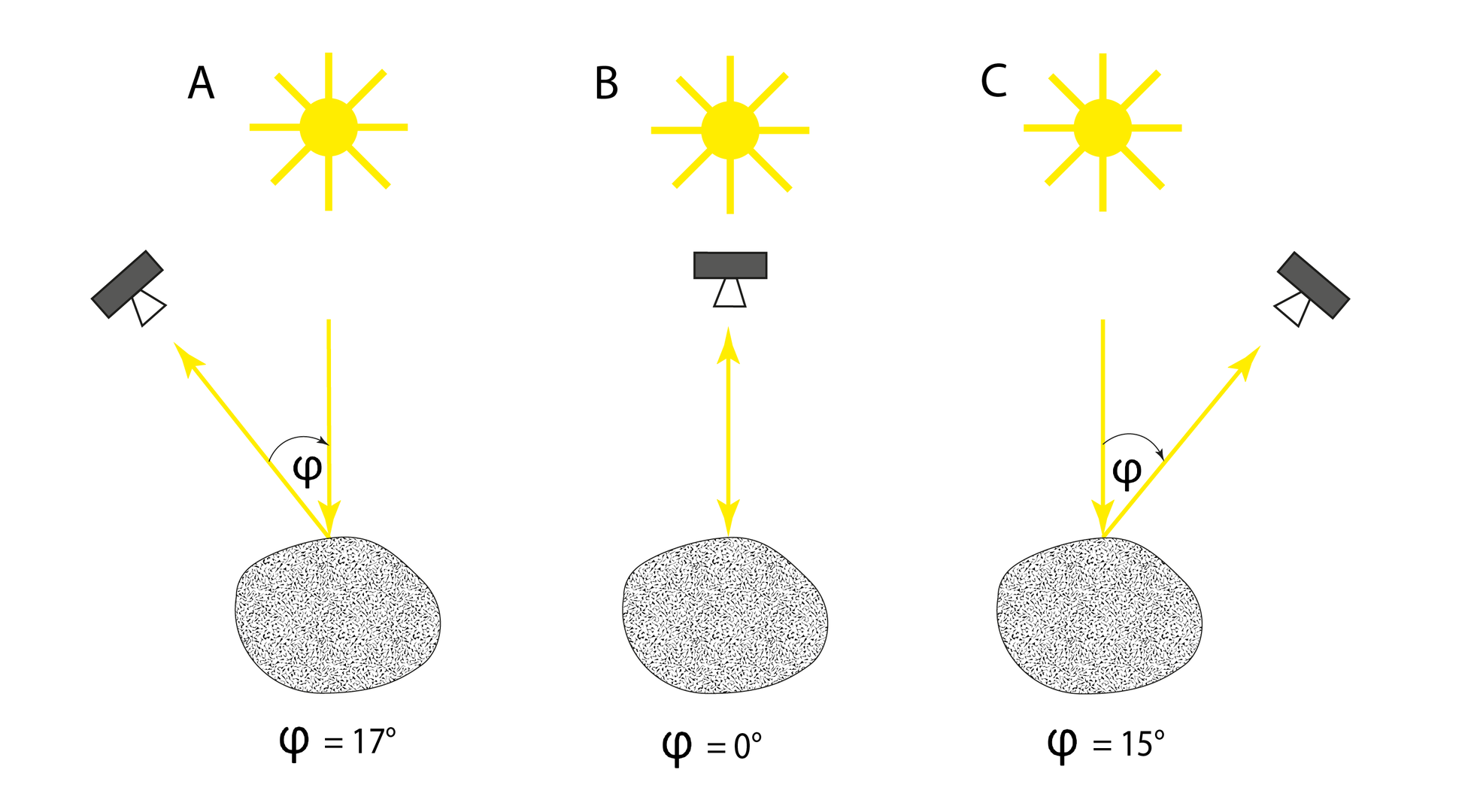 This schematic accompanies a new sequence of Phobos images, created as the small martian moon passed in front of ESA’s Mars Express. The images were captured at different phase angles. The phase angle (marked as ‘φ’ in the graphic) is the angle between a light source (in this case, the Sun) and the observer (Mars Express), as viewed from the target object itself (Phobos). In the movie of Phobos, the initial phase angle is 17 degrees (A), drops to almost zero degrees mid-way through (when Phobos is at its brightest, B), and then rises to 15 degrees by the end of the animation (B).